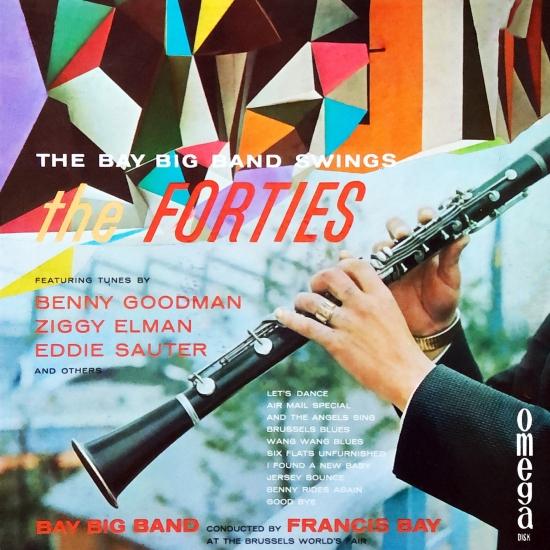 Big band conducted by Belgian leader Francis Bay that did swing, progressive, Afro-Latin and some original material during '50s,'60s and early '70s. The group mostly recorded under banner of Francis Bay and his Orchestra, with Bay doing several tribute and concept works as well. These were titled Francis Bay Plays Music Of and included compositions by Duke Ellington, Glenn Miller, Benny Goodman and Les Brown. Only one of their many releases was issued as the Bay Big Band. The Orchestra was also the house band for Belgian Radio from 1956-1966.
The Bay Big Band
Francis Bay, conductor, trombone, clarinet, alto saxophone, flute
Digitally remastered 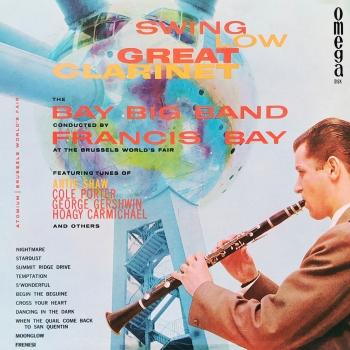 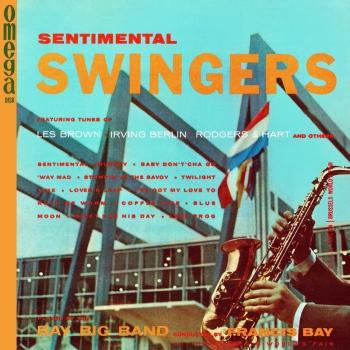 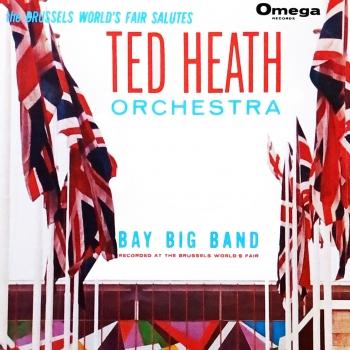 Francis Bay
Leader of some of the wildest big band ensembles of the space age pop era, Francis Bay started honing his chops at the young age of seven, playing clarinet with local orchestras in his area. By fourteen, he was already writing his own compositions and soon after, began a lifetime captivation with jazz. He won first prize for clarinet performance at the Conservatoire of Malines (Mechelen) in 1930, and later added saxophone and trombone to his repertoire. In the late 1930s, he played with several of the more successful European swing bands, including Paul Godwin's and Boyd Bachman's. He continued to work professionally during World War Two, mostly with Belgian and Dutch dance bands.
In the late 1940s, he helped form an influential European big band, the Skymasters. He also arranged and composed music for Dutch and German films and played with groups throughout northern Europe. Finally, in 1954, he formed his own big band, the group with which he came to greatest fame. Within its first year of existence, the band won the Golden Gondola award at the International Music Fair in Venice. Two years later, in 1956, Bay was selected to be director for popular music at Vlaams Radio-Televisie (the official Flemish radio and television network in Belgium).
Although Bay's band was quite popular on radio in Europe, it was the lucky coincidence of the 1958 World's Fair being held in Brussels that brought him to the attention of American audiences.
Bay's band shared the World's Fair stage with numerous major American jazz and pop stars, including Benny Goodman, and Omega, a small American jazz label, licensed a slew of Bay's Belgian recordings for release in the U.S. Unlike many European bands, which offered loving but pale imitations of American bands, Bay's not only produced flawless duplicates of hits by Basie, Glenn Miller, Tommy Dorsey, and others, but staked out their own territory as well. On his Latin-flavored recordings, Bay sounds like he could go head-to-head with Perez Prado in a battle of bands.
In addition to his many Omega albums, Bay also provided the material for a number of albums released on Directional Sound. Credited to "John Evans"--the Americanized name of his piano player, Jean Evans--or "Don Catelli"--these are certainly the best of an attractive and well-produced (if shoddily annotated) series of glossy gatefolds clearly targeted at the same market as Enoch Light's Command albums.
As American listeners' interest in jazz in general and European jazz in particular waned in early 1960s, Bay's albums vanished from the U.S. racks. His work in Belgium continued, however. He composed, arranged, and conducted music for dozens of shows on VRT, including everything from game shows to Belgium's annual competition for its entrant to the Eurovision Song Contest. When he retired in 1979, however, he cut off all ties with the network, refusing to return in the late 1990s for VRT's 50th anniversary celebrations.