Kings of the Dairy Queen Parking Lot: Side A Everette 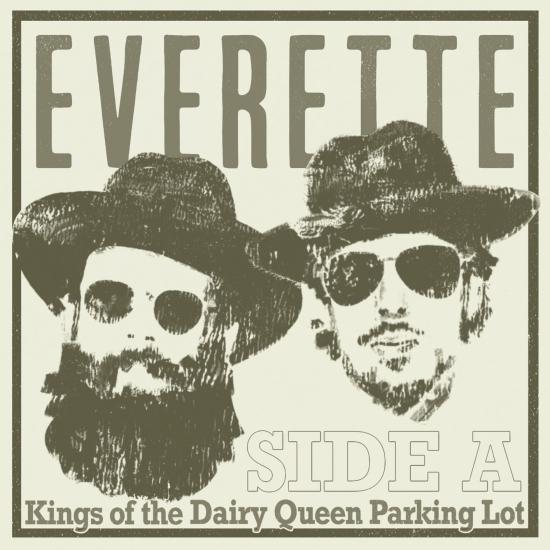 Info zu Kings of the Dairy Queen Parking Lot: Side A

Multi-talented duo Everette – consisting of Brent Rupard and Anthony Olympia, are releasing part one of their two-part album produced by Luke Laird. Kings of the Dairy Queen Parking Lot – Side A.
“We don’t care where you come from,” Brent Rupard of Everette says. “Whether you’re a city person or a country person or from Mars, you’re always welcome at the Everette party.”
Rooted in country, rock & roll, southern storytelling, and heartland hooks, Everette is glued together by two Kentucky natives who write their own songs, play their own instruments, and proudly blur the boundaries between themselves and their audience. For the boys, music is all about community. It’s about connection. That’s why the duo’s motto — “We are Everette” — isn’t just a statement about the musical bond shared by bandmates Brent Rupard and Anthony Olympia. It’s a reference to the communal bonds they share with their fans, too.
Everette – named after George Clooney’s philosophy-spouting, folk-singing character in O Brother, Where Art Thou – both co-wrote all 14 songs on Side A and Side B, teaming up with collaborators like Bryan Simpson, the Warren Brothers, Brent Cobb, Matt Jenkins, and Bobby Pinson along the way. Before recording those songs with Grammy-winning producer Luke Laird, they whittled them into shape during a monthly residency at the Springwater Supper Club & Lounge, a no-frills dive bar sporting one of Nashville’s smallest stages where they packed the room each show with both music industry and fans alike.
Split into two parts, Kings of the Dairy Queen Parking Lot is based on that spot everyone went to with their friends where they gained their first taste of freedom. The first half of the album, Side A, makes an impact of its own. There are wild ‘n’ rowdy drinking songs (“Dang the Whiskey“), falling-in-love salutes (“Way Back“), country-rock breakup anthems (“Break it to Me“), and tributes to the wives who’ve supported Brent and Anthony’s dreams for years (“Love Me Like I Am“). From the funky, party-ready guitar riffs that kick off the EP’s opening track, “Can’t Say No,” to the heartfelt lyrics that turn “Momma, I’ll Be Okay” into a touching tribute to family, Side A is modern country music at its finest: one part twang, one part rock & roll attitude, and a generous dose of anthemic hooks. The lyrics may be biographical, but these songs are for everyone. They’re not just Everette’s stories, after all. They’re ours.
To celebrate the announce of Kings of the Dairy Queen Parking Lot tonight, Everette will be hosting a charitable livestream show sponsored by Country Fuzz at Nashville’s illustrious venue, The Basement. Proceeds from the show will go to Second Harvest Food Bank. Launching October 5th, the guys will host their “Seven Songs in Seven Days” series where the duo will acoustically perform a different song from the album each night at 7pm CT on Instagram Live. Following the performance, they will chat with the respective co-writers talking about writing the songs, the process, etc. Upon album release, Everette will be announcing details of their “Love Your Neighbor” series – a series of backyard shows where they (safely) perform for friends, family, fans, and neighbors. Whether they’re old, young, from New York City, or a small dot on a map – this is just a glimpse as to how Everette fits in with everybody and everybody fits in with Everette.
Everette 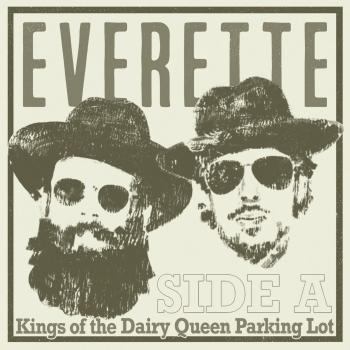 Kings of the Dairy Queen Parking Lot: Side A 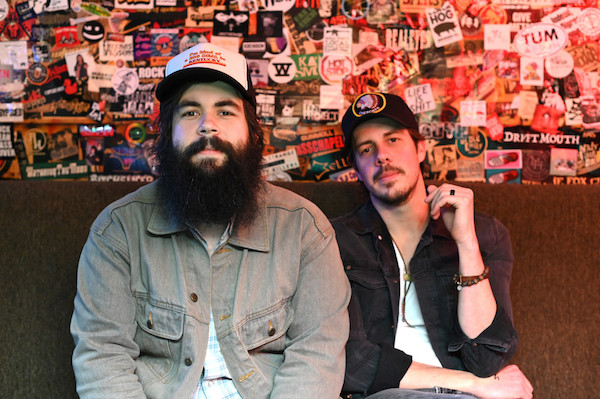 Everette
Taking a tip from the laid-back, easy-rolling side of bro-country, Everette debuted in 2018 with a trio of sunny country-pop singles: "Slow Roll," "Mugshots," and "Relapse." The duo of Brent Rupard and Anthony Olympia are both natives of Bullitt County, Kentucky, but they didn't meet until they were adults and Rupard hired Olympia to teach him guitar. The pair clicked and formed a group, relocating to Bowling Green, where they played the local circuit while attending college. Following their graduation, they headed to Nashville to pursue a professional career in country music. Dubbing themselves Everette after George Clooney's Everett character from the Coen brothers' 2000 comedy O Brother, Where Art Thou?, the duo signed with Broken Bow Records. BBR released three singles -- "Relapse," "Mugshots," and "Slow Roll" -- in early 2018. (Stephen Thomas Erlewine, AMG)