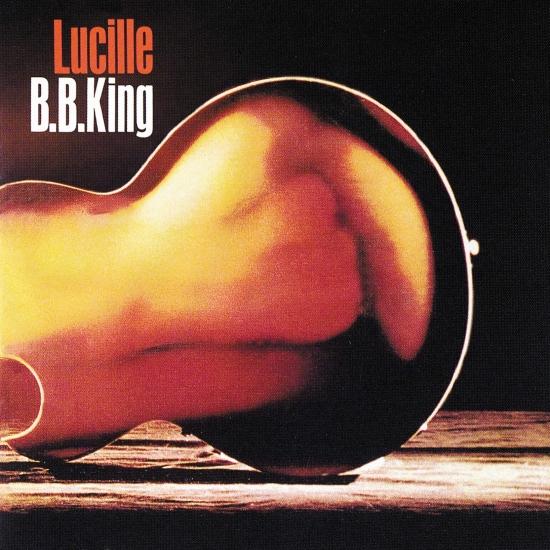 Lucille is the fifteenth album by blues artist B. B. King. It is named for his famous succession of Gibson guitars, currently the Signature ES-355. Lucille, released by BluesWay Records (ABC Records sub label) in 1968, and the only one of B.B. King s LPs produced by Bob Thiele. In December 1967, King entered the studio with the noted jazz producer to record what eventually became one of his best albums of that decade. Named after King s guitar, this record finds B.B. adding some fresh ingredients to his already potent stew of traditional blues. With its biting brass and female back-up singers, 'You Move Me So' is a funky, spiritual workout, whereas 'I Need Your Love' finds the leader combining Sam Cooke-flavored vocalizing with a dash of rambling country-flavored piano. The title track is the most impressive and spontaneous number on this record, despite its near-ten-minute length. Done in a talking blues style, 'Lucille' started out with King telling the story of his guitar while noodling around on her during a break. Correctly sensing that blues gold was being freshly served up, an excited Thiele had the engineer flip on the record button, preserving for posterity a conversation between a man and his guitar.
"When considered in its entirety, Lucille is not a perfect album. But its natural imperfections help identify the soul and realism of a premiere 60s blues record. Writing an album about a guitar, with the guitar may not be realistically compelling to listeners - but the ability to craft blues tropes into a legacy of lasting value stands well above it. B.B. King left behind a catalog of lush sounds developed from whatever was in front of him at the time, and it’s Lucille that speaks to generations past, present and future." (Robert Garland, sputnikmusic.com)
B.B. King, guitar, vocals
Irving Ashby, guitar
David "Leather Sax" Allen, Jr., bass
Lloyd Glenn, piano
Jessie Sailes, drums
Maxwell Davis, leader, organ
Bobby Forte, saxophone
Bob McNeely, saxophone
Cecil McNeely, saxophone
Melvin Moore, trumpet
John Ewing, trombone
Digitally remastered 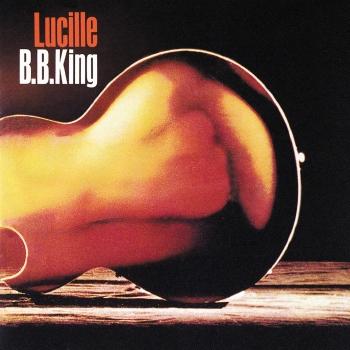 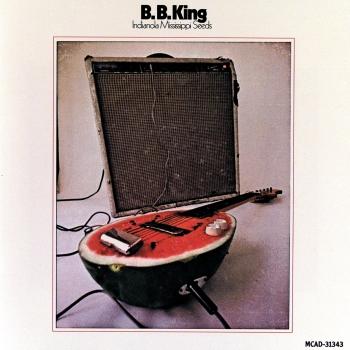 Blues On Top Of Blues (Remastered)

Blues Is King Live At The International Club, Chicago 1966 (Mono)

Together For The First Time...Live

B.B. King
His reign as King of the Blues has been as long as that of any monarch on earth. Yet B.B. King continues to wear his crown well. At age 76, he is still light on his feet, singing and playing the blues with relentless passion. Time has no apparent effect on B.B., other than to make him more popular, more cherished, more relevant than ever. Don't look for him in some kind of semi-retirement; look for him out on the road, playing for people, popping up in a myriad of T.V. commercials, or laying down tracks for his next album. B.B. King is as alive as the music he plays, and a grateful world can't get enough of him.
For more than half a century, Riley B. King - better known as B.B. King - has defined the blues for a worldwide audience. Since he started recording in the 1940s, he has released over fifty albums, many of them classics. He was born September 16, 1925, on a plantation in Itta Bena, Mississippi, near Indianola. In his youth, he played on street corners for dimes, and would sometimes play in as many as four towns a night. In 1947, he hitchhiked to Memphis, TN, to pursue his music career. Memphis was where every important musician of the South gravitated, and which supported a large musical community where every style of African American music could be found. B.B. stayed with his cousin Bukka White, one of the most celebrated blues performers of his time, who schooled B.B. further in the art of the blues.
B.B.'s first big break came in 1948 when he performed on Sonny Boy Williamson's radio program on KWEM out of West Memphis. This led to steady engagements at the Sixteenth Avenue Grill in West Memphis, and later to a ten-minute spot on black-staffed and managed Memphis radio station WDIA. 'King's Spot,' became so popular, it was expanded and became the 'Sepia Swing Club.' Soon B.B. needed a catchy radio name. What started out as Beale Street Blues Boy was shortened to Blues Boy King, and eventually B.B. King.
In the mid-1950s, while B.B. was performing at a dance in Twist, Arkansas, a few fans became unruly. Two men got into a fight and knocked over a kerosene stove, setting fire to the hall. B.B. raced outdoors to safety with everyone else, then realized that he left his beloved $30 acoustic guitar inside, so he rushed back inside the burning building to retrieve it, narrowly escaping death. When he later found out that the fight had been over a woman named Lucille, he decided to give the name to his guitar to remind him never to do a crazy thing like fight over a woman. Ever since, each one of B.B.'s trademark Gibson guitars has been called Lucille.
Soon after his number one hit, 'Three O'Clock Blues,' B.B. began touring nationally. In 1956, B.B. and his band played an astonishing 342 one-night stands. From the chitlin circuit with its small-town cafes, juke joints, and country dance halls to rock palaces, symphony concert halls, universities, resort hotels and amphitheaters, nationally and internationally, B.B. has become the most renowned blues musician of the past 40 years.
Over the years, B.B. has developed one of the world's most identifiable guitar styles. He borrowed from Blind Lemon Jefferson, T-Bone Walker and others, integrating his precise and complex vocal-like string bends and his left hand vibrato, both of which have become indispensable components of rock guitarist's vocabulary. His economy, his every-note-counts phrasing, has been a model for thousands of players, from Eric Clapton and George Harrison to Jeff Beck. B.B. has mixed traditional blues, jazz, swing, mainstream pop and jump into a unique sound. In B.B.'s words, 'When I sing, I play in my mind; the minute I stop singing orally, I start to sing by playing Lucille.'
In 1968, B.B. played at the Newport Folk Festival and at Bill Graham's Fillmore West on bills with the hottest contemporary rock artists of the day who idolized B.B. and helped to introduce him to a young white audience. In ``69, B.B. was chosen by the Rolling Stones to open 18 American concerts for them; Ike and Tina Turner also played on 18 shows.
B.B. was inducted into the Blues Foundation Hall of Fame in 1984 and into the Rock and Roll Hall of Fame in 1987. He received NARAS' Lifetime Achievement Grammy Award in 1987, and has received honorary doctorates from Tougaloo(MS) College in 1973; Yale University in 1977; Berklee College of Music in 1982; Rhodes College of Memphis in 1990; Mississippi Valley State University in 2002 and Brown University in 2007. In 1992, he received the National Award of Distinction from the University of Mississippi.
In 1991, B.B. King's Blues Club opened on Beale Street in Memphis, and in 1994, a second club was launched at Universal CityWalk in Los Angeles. A third club in New York City's Times Square opened in June 2000 and most recently two clubs opened at Foxwoods Casino in Connecticut in January 2002. In 1996, the CD-Rom On The Road With B.B. King: An Interactive Autobiography was released to rave reviews. Also in 1996, B.B.'s autobiography, 'Blues All Around Me' (written with David Ritz for Avon Books) was published. In a similar vein, Doubleday published 'The Arrival of B.B. King' by Charles Sawyer, in 1980.
B.B. continues to tour extensively, averaging over 250 concerts per year around the world. Classics such as 'Payin' The Cost To Be The Boss,' 'The Thrill Is Gone,' How Blue Can You Get,' 'Everyday I Have The Blues,' and 'Why I Sing The Blues' are concert (and fan) staples. Over the years, the Grammy Award-winner has had two #1 R&B hits, 1951's 'Three O'Clock Blues,' and 1952's 'You Don't Know Me,' and four #2 R&B hits, 1953's 'Please Love Me,' 1954's 'You Upset Me Baby,' 1960's 'Sweet Sixteen, Part I,' and 1966's 'Don't Answer The Door, Part I.' B.B.'s most popular crossover hit, 1970's 'The Thrill Is Gone,' went to #15 pop.