Moral Panic Nothing But Thieves 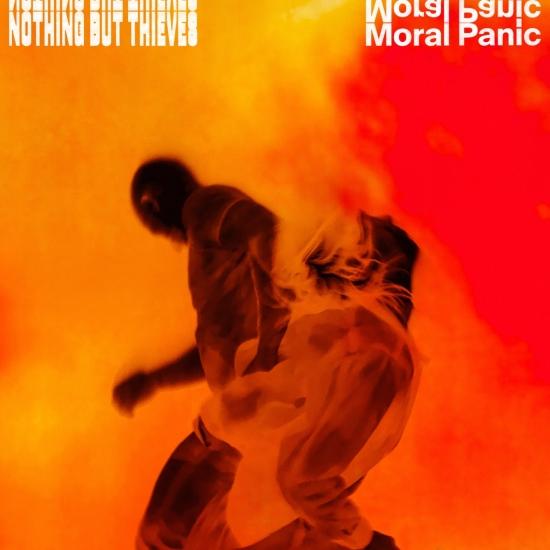 Interpret: Nothing But Thieves

Southend five-piece Nothing But Thieves are back with their third album Moral Panic. Richly anthemic and wildly grandiose, alongside singer Conor’s poignant vocals, the past few years have been quite a ride for Nothing But Thieves.
The past few years have been quite a ride for Nothing But Thieves. Amassing over 700,000 album sales and 750million streams so far, they have built up a loyal and wide following for their impactful alt rock sound, cementing themselves as one of the best current rock bands in the world. Selling 150,000 tickets on their last album campaign, which included their biggest UK headline tour to date and a sold-out show at London’s Alexandra Palace, and selling out their entire worldwide Broken Machine headline tour, their success has been global.
The band have performed on US TV shows such as James Corden and Jimmy Kimmel, after their debut became the bestselling debut from a UK rock band in the US in 2015 and played packed out international shows from Poland to Amsterdam, where they headlined an arena to 6,000 fans. After intimately debuting new songs at Tufnell Park Dome recently for a BRITs/War Child gig, they were set to tour internationally this spring, including a show to 6,500 people at Moscow Adrenaline Stadium, but all dates have currently been postponed until further notice.
Channelling their live repertoire through their Youtube account during lockdown, Nothing But Thieves have performed their own songs in their captivating Solitude Sessions and through Conor’s stripped back Sun Sessions. Last week they released a collaboration with fans of their single Sorry, which saw 150 videos of fans singing and performing the song on various instruments alongside the band.
Conor Mason, vocals, guitar
Joe Langridge-Brown, guitar
Dominic Craik, guitar, keyboard
Philip Blake, bass
James Price, drums 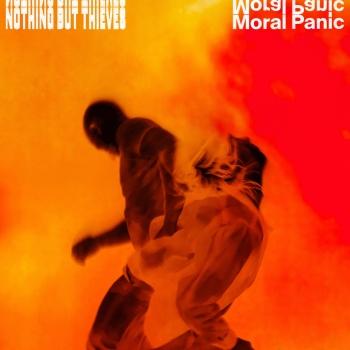 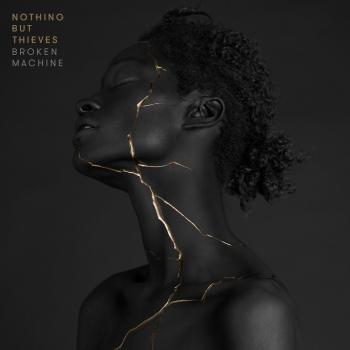 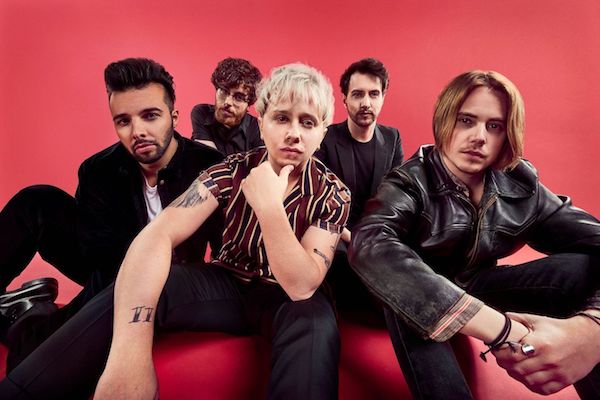 Nothing But Thieves
Hailing from Southend-on-Sea, 40 miles east of central London, Nothing But Thieves grew out of a friendship formed at school, between Connor Mason/vocals and Joe Langridge-Brown/Guitar.
Conor and Joe played in a string of teenage bands together before Joe left for university. Conor then hooked up with classically trained guitar player Dom, after a meeting at a sixth-form music class. The two collaborated casually for a while, without any expectation of success. “It was stupid not to just jam,” says Dom, “but it was just for fun, nothing serious.”
Though the band haven’t clarified the timeline it seems that Joe continued to be involved. At some point, management interest arrived in the form of Drive-Thru Records duo, Richard and Stefanie Reinesa.
Connor recalls calling Joe to ask him if he wanted to form a proper band saying, “Do you want to come back and do a band thing?” to which Joe replied, “Yeah! I’ll leave uni and drop straight out – I’ll leave this week!”
Dom’s cousin, Phillip Blake eventually joined as the bassist they’d been looking for over 2 years. James Price/Drums, (a friend of Dom’s from school) was the final puzzle-piece.
Once complete, it would still take a further 2 years of frustration trying to nail down their sound in Dom’s garage, before they were ready to venture out.
“The stuff we were coming out with wasn’t good, and it was all the same” remembers Dom. “We were just like, “Anything to get out of the garage and explore a bit, because we completely hit a plateau with the writing.”
Encouraged by their management, the band headed off to the US on a six-week low-budget trip, meeting with producers and writers. The adventure galvanised them and when they returned, it was to record their first EP ‘If You Don’t Believe, It Can’t Hurt You.’ Self-released in October, 2013, it attracted immediate interest from Radio 1’s, resident new-music bellwether, Zane Lowe.
September, 2014, saw the arrival of a second re-configured EP, titled ‘Graveyard Whistling’ released via RCA. With major-backing and promotional interest from Lowe’s Radio 1 show, the band were ready to take a prime-time bow.