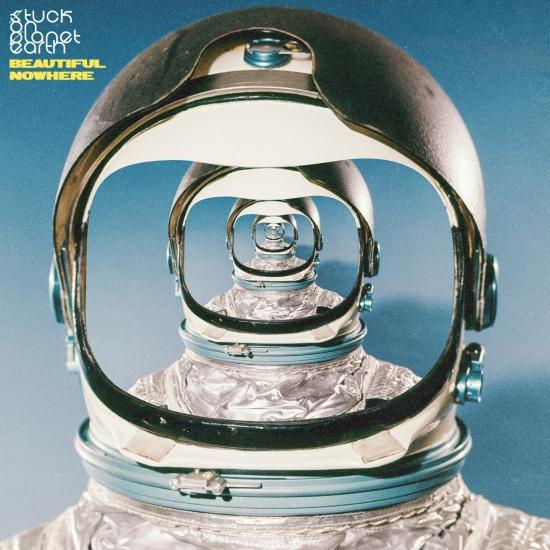 Alt rockers, Stuck On Planet Earth release their long-awaited debut album ”Beautiful Nowhere”.
The Toronto-based trio, comprised of Adam Bianchi (guitars/vocals), Al Capo (bass/vocals), and Andrew Testa (drums) had already delivered two tracks from the album, including “Ghosts On The Radio” – which they say is an “homage to some of our biggest musical inspirations”, delivering “a bass line that has Dr. Dre’s ‘The Chronic’ vibe and bright guitar sounds channeling The Police’s Andy Summers” – and their current Top 40 single “Higher Than The Drugs”, whose official video premiered exclusively on ETCanada.com earlier this year and is now closing in on 50k views.
“We cannot wait for ”Beautiful Nowhere” to be released into the world,” shares the group who have been playing together since 2007 while growing up in Vaughan. “The album really encapsulates the culmination of feelings and emotions over the last few years of our lives. It deals with the themes of love, lust, loss, self-identity, perseverance and empowerment – and it’s our lens into the world.”
“To us, ”Beautiful Nowhere” is the idea that we all want to know what’s beyond this place, especially with the chaotic, anxiety ridden backdrop of the current times, while projecting the notion that we’re all stuck here, and in this together," says the band.
Stuck On Planet Earth are known for their primal, high-energy live shows and a signature mix of alternative rock and R&B. They are a well-honed upbeat alt rock trio blending an edgy yet accessible sound with catchy melodies, and flawless harmony vocals. Their energetic songs get you going with a decent blend of Canadian 80s alt-pop with ‘Edge-y’ guitar, a little R&B, and the current day catchy cool vibes of bands like Foals and Arkells.
Since forming the band as teenagers in 2007, Stuck On Planet Earth say they have “developed their sound over thousands of hours of playing together on stage and in the studio.”
Stuck On Planet Earth 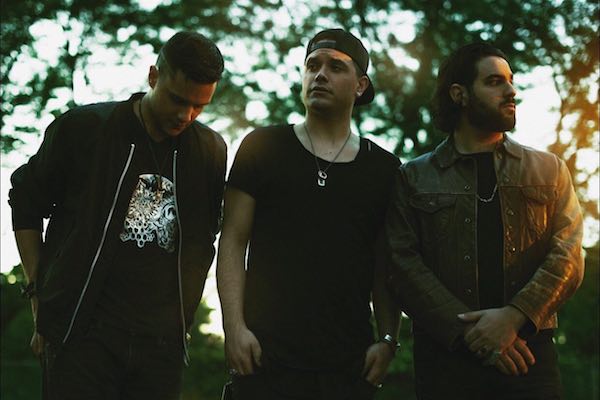 Stuck On Planet Earth
Toronto-based alternative rock band Stuck On Planet Earth communicate the messy, real life truths of life bluntly and straight up. Founded in 2007, by Adam Bianchi (guitars/vocals), Al Capo (bass/vocals), and Andrew Testa (drums), they’ve logged thousands of hours on stage and uncountable miles on the road, beginning that same year with what they call The Backpack Tour. As their audience grew the band toured more widely, leading them to full North American tours. Being able to play acoustically, anywhere and at a moment’s notice, also helped the band make friends at college and satellite radio across North America, and to get rotation for early songs like “Fast Forward,” which spent eight consecutive weeks at #1 on CBC Radio 3’s Top 30 Countdown. The group has landed regularly on the Canadian iTunes Alternative and Canadian Rock/Alternative charts, gained play on The Verge (XM), Aux TV, CBC and CFNY 102.1 The Edge, and shared the stage with artists including Finger Eleven, Weezer, The Offspring and Scott Weiland & The Wildabouts. Recently signed to Anthem Entertainment, the band is set to release the new single “Rising” off their debut album with Anthem Records. This fall the band will act as direct support for multi-platinum rockers, Moist, on select dates for their “Silver” 25th Anniversary Tour.