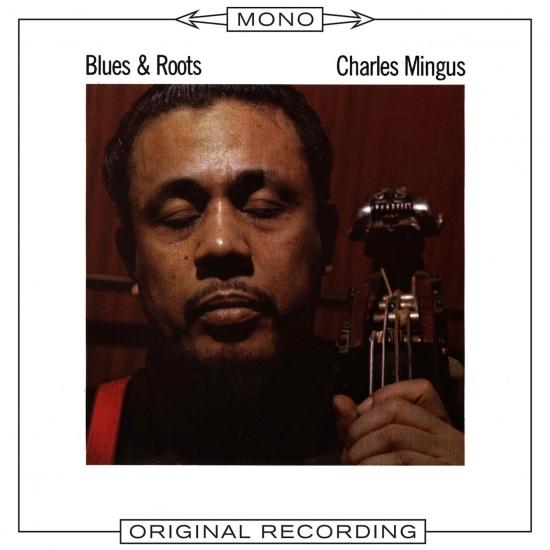 Originally released in 1960, Blues & Roots is about as aptly titled as albums get, revealing some of Mingus’s more unexpected musical influences...or, at least, they’re unexpected if you think the man grew up listening to a diet of non-stop jazz. As Mingus explained in the album’s liner notes, the record came about as a result of Nesuhi Ertegun suggesting that he record an entire blues album in the style of “Haitian Fight Song” (which made its debut on Mingus’s 1957 Atlantic album, The Clown) in order to silence critics who were saying that Mingus didn’t swing enough. “He wanted to give them a barrage of soul music: churchy, blues, swinging, earthy,” wrote Mingus. “I thought it over. I was born swinging and clapped my hands in church as a little boy, but I've grown up and I like to do things other than just swing. But blues can do more than just swing. So I agreed.”
On that front, Blues & Roots would seem to have been a success: the All Music Guide says outright that “it ranks as arguably Mingus’s most joyously swinging outing.” It’s also worth noting that Elvis Costello cited the album in a Vanity Fair feature where he put together a 24-hour soundtrack for his life: “8 A.M. The day is picking up pace. Mingus is playing loud in the kitchen, something is boiling. It's Blues & Roots or the excellent Thirteen Pictures: The Charles Mingus Anthology.” (Maybe one of these days we’ll bring the latter back into print. That was a pretty darned good collection, if we do say so ourselves.)
So there you go: Blues & Roots, now in the HighResAudio catalog in glorious mono. Before we sign off, though, we thought we’d give you a chance to play catch-up with these Mono Monday releases by putting together a playlist, one we'll switch out whenever there's a new addition to the series. For now, that means you can also spin Albert King’s King of the Blues Guitar, Archie Bell & The Drells’ I Can’t Stop Dancing, and Aretha Franklin’s I Never Loved a Man the Way I Love You, but rest assured that there’ll be more to come in the very near future.
'A classic 1957 set showcasing Mingus' compositional genius as well as his unerring ability at getting the best from his sidemen.' (Record Collector)
'...vital and important music...[Mingus] is outstanding in his solo work...this is something worth careful and thorough listening...' (Down Beat)
Charles Mingus, bass
Jackie McLean, alto saxophone
John Handy, alto saxophone
Booker Ervin, tenor saxophone
Pepper Adams, baritone saxophone
Jimmy Knepper, trombone
Willie Dennis, trombone
Horace Parlan, piano
Mal Waldron, piano
Dannie Richmond, drums
Recorded at Atlantic Studios, New York, New York on February 4, 1959
Engineered by Tom Dowd
Produced by Nesuhi Ertegun
Digitally remastered 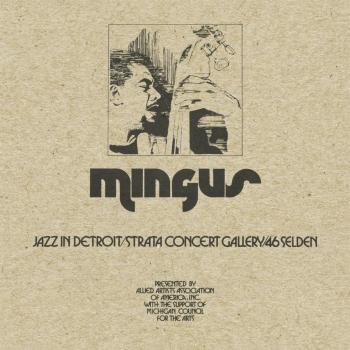 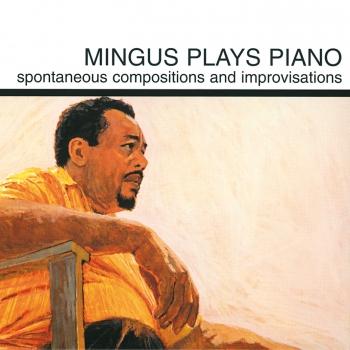 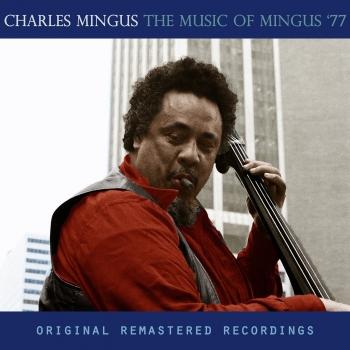 The Music of Mingus '77 (Remastered) 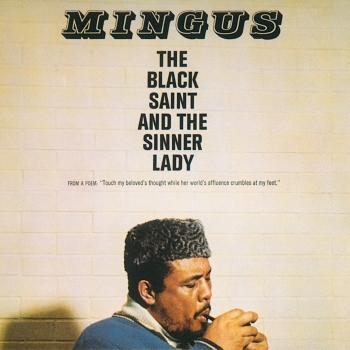 The Black Saint And The Sinner Lady 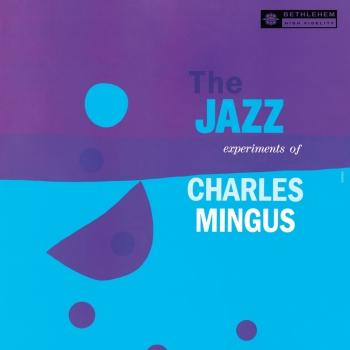 The Jazz Experiments Of Charles Mingus 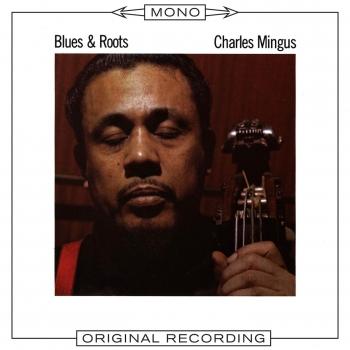 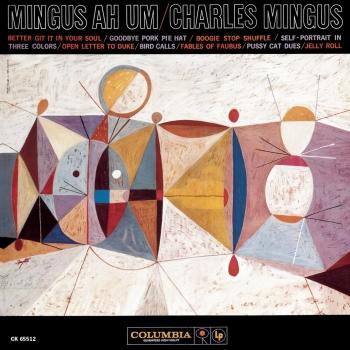 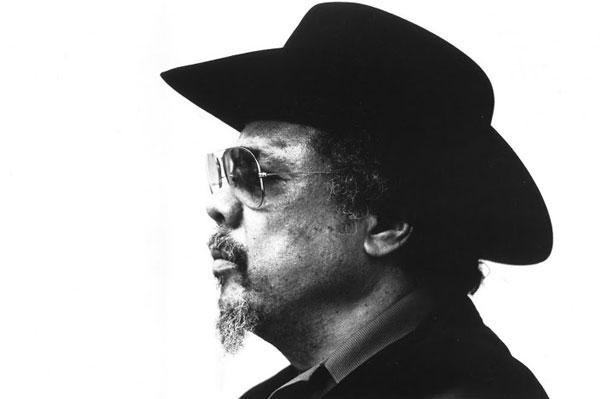 Charles Mingus
One of the most important figures in twentieth century American music, Charles Mingus was a virtuoso bass player, accomplished pianist, bandleader and composer. Born on a military base in Nogales, Arizona in 1922 and raised in Watts, California, his earliest musical influences came from the church– choir and group singing– and from “hearing Duke Ellington over the radio when [he] was eight years old.” He studied double bass and composition in a formal way (five years with H. Rheinshagen, principal bassist of the New York Philharmonic, and compositional techniques with the legendary Lloyd Reese) while absorbing vernacular music from the great jazz masters, first-hand. His early professional experience, in the 40′s, found him touring with bands like Louis Armstrong, Kid Ory and Lionel Hampton.
Eventually he settled in New York where he played and recorded with the leading musicians of the 1950′s– Charlie Parker, Miles Davis, Bud Powell, Art Tatum and Duke Ellington himself. One of the few bassists to do so, Mingus quickly developed as a leader of musicians. He was also an accomplished pianist who could have made a career playing that instrument. By the mid-50′s he had formed his own publishing and recording companies to protect and document his growing repertoire of original music. He also founded the “Jazz Workshop,” a group which enabled young composers to have their new works performed in concert and on recordings.
Mingus soon found himself at the forefront of the avant-garde. His recordings bear witness to the extraordinarily creative body of work that followed. They include: Pithecanthropus Erectus, The Clown, Tijuana Moods, Mingus Dynasty, Mingus Ah Um, The Black Saint and the Sinner Lady, Cumbia and Jazz Fusion, Let My Children Hear Music. He recorded over a hundred albums and wrote over three hundred scores. Although he wrote his first concert piece, “Half-Mast Inhibition,” when he was seventeen years old, it was not recorded until twenty years later by a 22-piece orchestra with Gunther Schuller conducting. It was the presentation of “Revelations” which combined jazz and classical idioms, at the 1955 Brandeis Festival of the Creative Arts, that established him as one of the foremost jazz composers of his day.
In 1971 Mingus was awarded the Slee Chair of Music and spent a semester teaching composition at the State University of New York at Buffalo. In the same year his autobiography, Beneath the Underdog, was published by Knopf. In 1972 it appeared in a Bantam paperback and was reissued after his death, in 1980, by Viking/Penguin and again by Pantheon Books, in 1991. In 1972 he also re-signed with Columbia Records. His music was performed frequently by ballet companies, and Alvin Ailey choreographed an hour program called “The Mingus Dances” during a 1972 collaboration with the Robert Joffrey Ballet Company.
He toured extensively throughout Europe, Japan, Canada, South America and the United States until the end of 1977 when he was diagnosed as having a rare nerve disease, Amyotropic Lateral Sclerosis. He was confined to a wheelchair, and although he was no longer able to write music on paper or compose at the piano, his last works were sung into a tape recorder.
From the 1960′s until his death in 1979 at age 56, Mingus remained in the forefront of American music. When asked to comment on his accomplishments, Mingus said that his abilities as a bassist were the result of hard work but that his talent for composition came from God.
Mingus received grants from the National Endowment for the Arts, The Smithsonian Institute, and the Guggenheim Foundation (two grants). He also received an honorary degree from Brandeis and an award from Yale University. At a memorial following Mingus’ death, Steve Schlesinger of the Guggenheim Foundation commented that Mingus was one of the few artists who received two grants and added: “I look forward to the day when we can transcend labels like jazz and acknowledge Charles Mingus as the major American composer that he is.” The New Yorker wrote: “For sheer melodic and rhythmic and structural originality, his compositions may equal anything written in western music in the twentieth century.”
He died in Mexico on January 5, 1979, and his wife, Sue Graham Mingus, scattered his ashes in the Ganges River in India. Both New York City and Washington, D.C. honored him posthumously with a “Charles Mingus Day.” (Source: www.mingusmingusmingus.com)