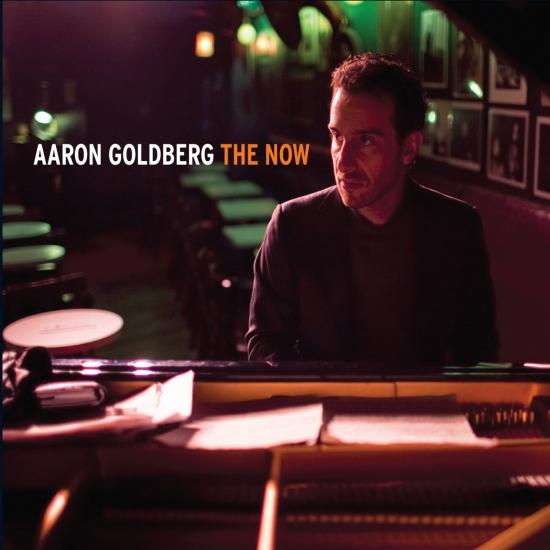 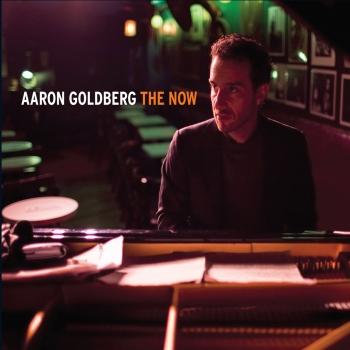 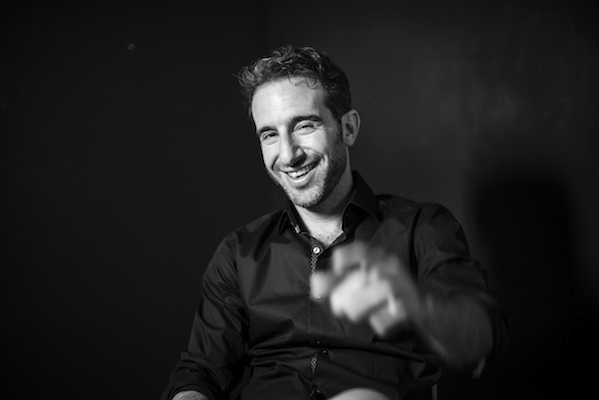 Aaron Goldberg
“For over 20 years, pianist Aaron Goldberg has set himself apart as one of the most scintillating performers in jazz,” hails JazzTimes. Goldberg is widely heralded as one of the art form’s most compelling pianists, both leading his own trio and collaborating with such brilliant voices as Joshua Redman, Wynton Marsalis, Kurt Rosenwinkel, Guillermo Klein and many more.
Goldberg became a jazz devotee in high school as a student at Milton Academy in Boston. He was introduced to the African-American art of improvisation by bassist and master educator Bob Sinicrope, and at age 16 began study with saxophonist Jerry Bergonzi. As Aaron puts it, “At first improvisation was a mystery and a puzzle, but soon it became a profound inner and outer journey as life and music entwined.” After receiving awards from Berklee College of Music and Downbeat Magazine, he moved to New York City at 17 to attend The New School for Jazz and Contemporary Music. Devoting himself entirely to music for the first time, he won the NFAA Recognition and Talent Search and IAJE Clifford Brown/Stan Getz Fellowship, attending classes by day and performing in NYC clubs by night, ever-inspired by NYC’s myriad living masters.
After spending a year at The New School, Aaron enrolled at Harvard College and began a cross-disciplinary program in philosophy, psychology and the history of science. He graduated magna cum laude in 1996 with a concentration in Mind, Brain and Behavior. While at Harvard he lived a double life, juggling academics with an equally intense musical docket. At age 18 he was discovered by the inimitable vocalist Betty Carter and became a founding member of Carter’s famed Jazz Ahead program throughout his college years. He performed locally with Boston legends Jerry Bergonzi, Alan Dawson, and Bill Pierce, played every weekend at Boston’s famed Wally’s Café and spent summers in NYC cementing longstanding ties on the bandstand with up-and-coming friends such as Mark Turner and Omer Avital.
Aaron promptly moved back to New York after college, continuing his ascent in bands led by a cross-generational array of icons including Al Foster, Freddie Hubbard, Nicholas Payton, Stefon Harris, Tom Harrell, Gregory Tardy and John Ellis among others. In late 1997 he formed his first trio with bassist Reuben Rogers and drummer Eric Harland, a widely acclaimed empathic unit that would perform and record consistently for the next two decades and leave a mark upon the next generation of musicians.
Beginning in early 1998 Aaron began to garner wider attention worldwide while touring and recording with the Joshua Redman Quartet, marking the beginning of a longstanding artistic collaboration and friendship that endures today. In 2004 he began a multiyear tenure with guitarist Kurt Rosenwinkel, and in 2005 toured with Wynton Marsalis’s quintet as well as the Lincoln Center Jazz Orchestra. Despite this demanding schedule Aaron earned a Masters Degree in Philosophy under philosopher Daniel Dennett, commuting to Tufts University for class and writing papers while on tour. Over the past decade Goldberg has continued to perform globally both with his trio and with the Joshua Redman Quartet, as well as collaborating with such diverse artists as Cecile McLorin Salvant, Peter Bernstein, Camila Meza, Ravi Coltrane, Carl Allen, Madeleine Peyroux and Eli Degibri. Aaron’s most recent work as a bandleader has been released on Sunnyside Records. At the Edge of the World (2018) features bassist Matt Penman and master drummer/body percussionist Leon Parker, which Jazziz claims “rekindles a musical relationship that in the past has provided many sparks and no shortage of fireworks.” The Now (2015) foregrounds his original trio comprising two of the finest musicians of his generation, Reuben Rogers and Eric Harland. These follow upon Home (2010) and Worlds (2006), which both capture the sensitivity and dynamism of this tight-knit trio along with special guests. Goldberg’s debut recording under his own name, Turning Point, appeared on the J Curve label in 1999, followed by Unfolding on the same imprint in 2002.
Returning to the present day, Aaron’s most recent collaborative project Yes! Trio is a trilateral celebration co-led by Omer Avital and Ali Jackson Jr. Groove du Jour (2019) marks their long-awaited release on the Jazz & People label, after their eponymous Sunnyside Records debut in 2012. “This sensational meeting of players is a near-perfect mixture of ingredients, bristling with braggadocious energy” says DOWNBEAT. Goldberg's additional critically-acclaimed collaborations include a unique co-led album with Argentinian master composer Guillermo Klein entitled Bienestan (2011), as well as a new duet project with Palestinian qanunist and vocalist Ali Paris, exploring both the intersections of Arabic music and jazz as well as that of art and politics. As a co-leader Goldberg has recorded 4 albums with the OAM Trio, appears upon over 100 albums as a sideman, and co-wrote with John Ellis a series of educational cds for children entitled Baby Loves Jazz.
As a citizen Aaron maintains an active interest in education and political engagement, including in the role of music in society as a whole. In 2004, 2008, 2012, and 2016 he produced and performed in Jazz for America's Future, Jazz for Obama, Jazz for Obama 2012, and Jazz for America’s Future 2016, historic fundraising concerts for the presidential campaigns of John Kerry, Barack Obama, and Hillary Clinton. He is a member of the faculty at both the New School for Jazz and Contemporary Music and William Paterson University, and frequently travels as a clinician to conservatories and jazz workshops worldwide. In 2019, Goldberg received an Honorary Doctorate in Music from University of the Arts, Helsinki – the highest acknowledgement that the university can confer.
Throughout his career Aaron Goldberg has surrounded himself with kindred spirits in pursuit of the highest expression. He and his bandmates embody the best of what jazz can be today: the ability to speak together from deep within the tradition in a progressive voice, marking both present and future with their creative stamp. Aaron’s joy in communal improvisation inspires audiences worldwide, empowering the human spirit to embrace the moment.