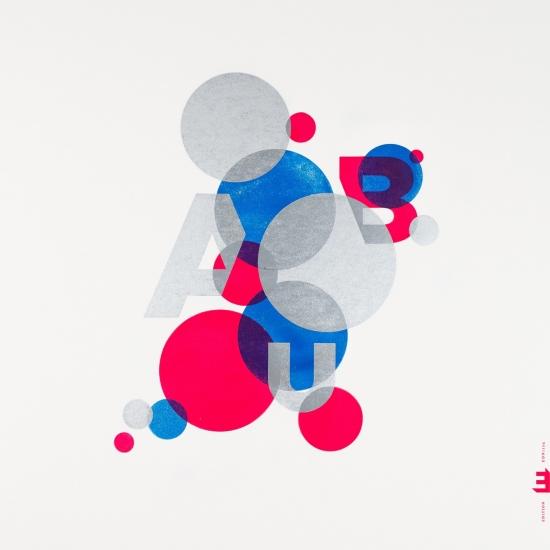 AuB (pronounced ORB) is the self-titled debut album from the London based quartet masterminded by saxophonists Tom Barford and Alex Hitchcock.
Barford and Hitchcock are united by a fierce desire to make music together, to stand up and make a statement about what defines them as young and creative musicians.
This is an album driven by innovation and collaboration, as Hitchcock explains: “We tried from the start to find a radically new, ambitious approach to the quartet and a unique identity, playing to and combining both our strengths”. AuB takes the fiery potential of the two-sax front line and elevates the sound with the added depth of synths.
Think, Phronesis meets Polar Bear. This is music that is uncompromising and progressive, propelled by a powerful sense of purpose and collaboration.
Tom Barford, tenor saxophone
Alex Hitchcock, tenor saxophone
Fergus Ireland, bass
James Maddren, drums 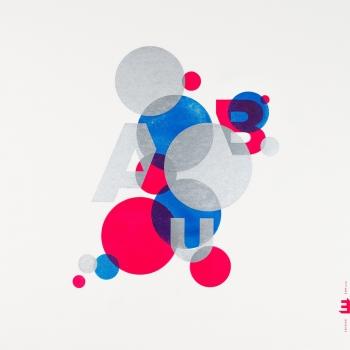 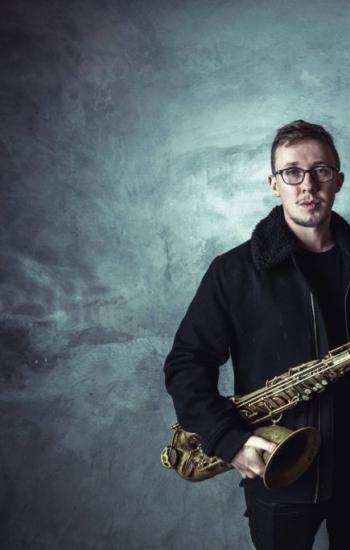 AuB
(pronounced ORB) is the eponymous debut album from the London based quartet masterminded by saxophonists Tom Barford and Alex Hitchcock. United by a fiery desire to make music together, their debut is progressive, uncompromising and relentless in its pursuit of the new. It’s a record that defines them as exciting, young and creative musicians. As Alex Hitchcock explains: “We tried from the start to find a radically new, ambitious approach to the quartet and a unique identity, playing to and combining both our strengths”.
The band name and album title allude to their collaboration as the driving force. It originates from the points on a Venn diagram, the unity of A and B, at which the combined forces are greater than the sum of their parts. AuB represents the synergies created through the development of the collective voice and sound: when two minds come together with a common purpose to create something collectively greater.
Within this conceptual framework the intention was for each writer to create something new and different. Each player would write ideas individually and AuB would come together to improvise around those ideas, developing new lines of thought, continually questioning the direction and opening up new avenues of creativity. Ultimately, the music on the album would not have materialised without this deep collaborative writing process.
This music is expansive and progressive, propelled by the driving rhythm section of Ferg Ireland and James Maddren. It interweaves cross rhythms with deft melodies and catchy hooks. The intensity and youthful boldness are contrasted with dynamic nuance and complex interplay. The rootedness of their collective enterprise enables this cutting edge fluidity and allows AuB to explore a wide arena of opportunities and risk taking.
The London based quartet, inspired by its two young saxophonists, is making huge waves as a part of the next generation of virtuosic instrumentalists intent on doing things their way. Think Phronesis meets Polar Bear. AuB is alive with an inspiring sense of purpose and an uncompromising commitment to musical originality.
AuB refers to the meeting and unity of two musical minds and instrumental styles melded into one group sound. The twin tenor tradition has a long history, but with AuB it’s the collaborative writing.
For Tom Barford, the focus on AuB follows the release of his highly successful solo release, Bloomer, in 2018. As he explains: “I’m really excited to be developing my relationship with Edition Records with the release of AuB’s debut album. I’ve always admired Alex’s playing and writing so to join forces for this next venture is a real treat. And of course, it’s always incredibly inspiring to play with Ferg Ireland and James Maddren.”
For Alex Hitchcock, this project brings new possibilities; “I have so much fun playing in this band, continually being inspired and surprised by Tom, James, and Ferg. I’m looking forward to deepening my musical relationship with Tom under the guidance of Edition Records, and to exploring the new sounds and textures we can find through adventurous collaborative writing.”