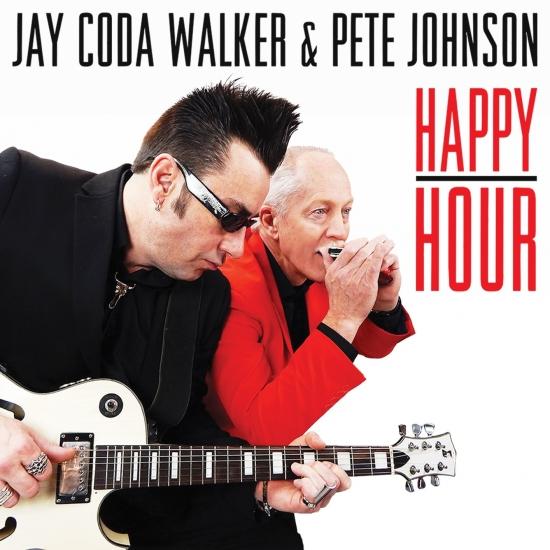 The first thing you might notice about Jay Coda Walker is his signature hairstyle, which you will see featured in his logo. Love the hair immediately or not, do not stop there, I caution you, because once you start looking deeper you will begin to understand the significance of what exists beneath. Though his music spans a breadth of honky tonk, rock, and blues – a style he terms “Rocky Tonk” – Walker is a true blues man in his soul.A careful listen to the lyrics of his songs will allow you glimpses of the heartbreak intrinsic in Walker’s life and art. You cannot have the blues without heartbreak, and, if you are lacking that experience yourself, not to worry as this man’s sincerity will break your heart.Take songs like “I’m Not Over You” and “Gone” for examples of tunes that will open a canyon in your being, communicating both pain and beauty. “I Can’t Throw Stones,” one of my absolute favourite Walker compositions, tells a tale of an older gentleman who has been broken by loss and regret. Walker paints a vivid picture with his lyrics creating authentic feeling that is very affecting on a human level.Despite the heavy topics, you will also note that Walker remains a person who empathizes strongly with others and genuinely wishes the best for those in and out of his life. It is amazing that hearts can remain so giving and strong even after being torn apart. The scar tissue does not seem to have stilted that aspect in Walker.Any great musician has range, and that is certainly true of Walker. He has a broad musical knowledge base, and the ability to adapt and fuse many musical styles in his performances. The urge to shed a few tears during Walker’s ballads is tempered by the fire, attitude and kick in other songs like “Don’t Hate Me,” “Knockin’ Out Ginger,” and “Chaps My Hide.”Walker’s stage presence allows this attitude to shine. His animation and energy truly add to the experience when you see him play live. He is an artist who likes to fully immerse himself in his music, playing from a space that is a world of his own. In turn, that world and that emotion – be it happy, angry, cheeky, melancholy, or all of the above – is genuinely communicated to his audience. And watch out: in moments, Walker also has a smile like the sun appearing around the edge of a storm cloud, so pay attention – you do not want to miss it.Willing to make substantial sacrifices to stay true to his art, authenticity by no means stops at his songs. Maybe that is one of the reasons his work is so unique because regardless of having a persona created by a hairstyle and clothing that compliment his musical style, Walker lives his music. Having the privilege to speak at some length with this exceptional human being, I can say that, regardless of different stages and circumstances he has experienced in his life, I would be hard pressed to find another person as unassumingly, perhaps even unintentionally, true to what his art stands for.And, of course, there is more.A triple threat, Walker is not only a musical artist, but a teacher and inventor as well. Individuals who have been inspired by his live shows routinely request guitar lessons, and he has developed a unique method for these.Walker also has a drive to invent new things, as happens with active creative minds. He has furthered his desire to contribute to the world of guitar through ingenuity. An exciting example of this is his Swivel Slide. A new approach to the challenges of slide guitar, Walker’s Swivel Slide allows a player to seamlessly switch from playing slide guitar to having all fingers available on the frets. Worn like a ring at the base, the slide extends upward from that base covering the front of the finger, and, with a flick of the hand, will swivel to the back, out of the way. This means that you do not have to stop playing to put on or remove a slide and you do not have to sacrifice a finger. This is fantastic for players who might not have thought of incorporating slide elements into their music because of the limitations of wearing a traditional slide. Walker wears this clever device during all of his own performances.
Jay Coda Walker, guitar
Pete Johnson, harmonica 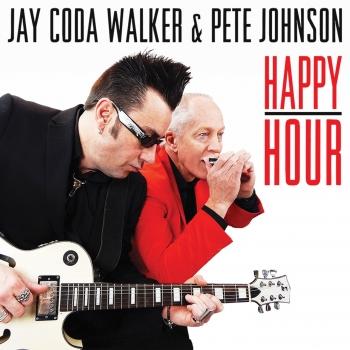 Jay Coda Walker
With over 200 original songs, Jay Coda Walker is a man with the ability to inspire people each time he performs. He’s a triple-threat—poetic writing, distinctive playing and unforgettable performing. Jay Coda has an astounding range of musical ability that makes people rush to the dance floor one minute and have tears well the next. Blessed with a voice that can make a grown man weep, Jay Coda is a performer that puts you in awe every time he takes the stage.
Jay Coda has created a unique style of guitar playing. It is a captivating and transforming experience each time it’s encountered. As a young boy he learned his grandfather’s depression-era country, yodeling cowboy songs, train songs and obscure gospel hymns. These were his only influences until his first experimentation with an electric guitar. Things were never the same again. Diversity was born and over 40 guitars later it continues to expand into the realms of blues, folk and country.
Peter Johnson
has been playing harmonica for over 40 years and says "I'm still learning" .
Born in Gateshead, England, his first musical influences came from his dad's 78rpm record collection. Lots of 40’s jazz bands but then quite a few boogie woogie piano records and, oh yes, a couple of Sonny Terry records ….…. The rest is history as they say. His father (Stan) already played folk tunes on the chromatic harmonica and his brother (Philip) played guitar. Pete dabbled with both but then chose to focus on the harmonica. The purchase of the LP "On the Road" by Sonny Terry, J C Burris and Sticks McGhee from JG Windows record shop in Newcastle was a major turning point. Featuring two harmonicas and guitar/vocals, Stan, Phil, Pete wished to emulate this but just how do you get that blues harmonica sound? In the days well before YouTube instruction it wasn't that easy to find out! A TV show featuring J D Loudermilk, writer of "Tobacco Road" was the catalyst as he actually explained the concept of cross-harp playing. That was it.
During his early teens, Pete and his brother and father did perform as a trio covering works off the LP "On the Road" and J C Burris' "One of These Mornings", amongst others, appearing at various folk clubs in the North East of England such as "The Glebe" in Washington.
At the age of eighteen Pete moved to Leeds to attend university. There he met Jeff Webster (piano player/singer) in Grobs Wine Bar and frequently sat in playing harmonica with him. Jeff introduced Pete to the music of Sonny Boy Williamson (II) and Little Walter and opened up a new vista of harmonica playing. From Monday nights at Grobs things morphed into the Sunday night Blues club at The Pack Horse pub with players such as Steve Philips, Brendan Croker and Sholto Lenahan. Steve and Brendan later recorded with Mark Knopfler under the guise of "The Notting Hillbillies". More harmonica directions were unveiled to Pete and now he was listening and practicing along to the likes of Noah Lewis, Will Shade, Jazz Gillum, Yank Rachell, Sonny Boy Williamson (I).
Completing university in 1980, Pete then moved to Den Haag, Holland, for work.
Back in Newcastle at the age of 16, Pete, his mother (Sonia) and father had attended a concert at The Guild Hall on Newcastle Quayside where the feature artist was harmonica player Snooky Pryor and the support act was Shakey Sam. Snooky Pryor and band had had trouble on the road getting from Birmingham to Newcastle so Shakey Sam, performing as a solo act (guitar/vocals/harmonica) played an extra set. In the break Pete was talking with him and discovered that he was actually Dutch. Shakey Sam (Simon Vlietstra) gave Pete some promo material and a copy of his solo record. Pete then remained in touch with Simon. So, on arrival in Holland Pete immediately contacted Simon to find out where he and his and band (featuring Jan de Jong (b) and David Gardeur (p)) were playing. He met up with them in a small cafe by a canal in the vicinity of Barendrecht. Simon got Pete up to sit in on three songs and then at the end of the night asked him if he wanted to join the band! As the band was based in Friesland, rehearsals meant a 2 hour drive north after work for an evening of practice and then a 2 hour drive back home. Pete toured Holland extensively with the Shakey Sam Blues Band (which had a very strong following across the country) until the untimely death of Simon on May 1981. Next Pete teamed up with Dick Groenewold (aka "Dicky Greenwood") (v/g/b) to form the band "One Way Out" , the final line up of which included Loek vd Knaap (g) (now with Living Blues Experience) and Ronald v Drunen (dr). After the demise of "One Way Out" in 1986 Pete played with other bands. This culminated in Pete recording with these bands in Amsterdam in 1988 and putting out his vinyl album "Blowin' the Family Jewels" on the Blue Shadow label (BS4704).
In 1988 Pete moved to Calgary, Alberta, Canada, where he continues to reside. Soon after arriving in Calgary, Pete met up with Gary Martin (Hubert Sumlin's nephew). Pete continues to work with Gary to this day as part of "Gary Martin and The Heavenly Blues".
Recently Pete paired up with Jay Coda Walker, an evocative singer/songwriter/guitarist and inventor of the 'swivel slide' (www.swivelside.com). Working as a duo (or as a four-piece), they perform many of Jay's originals and put interesting twists on cover tunes from various genres (country, blues, rockabilly, and pop).
Pete plays blues harmonica styles from 1920/30's through to present day. He also plays Celtic, Folk and Jazz material.