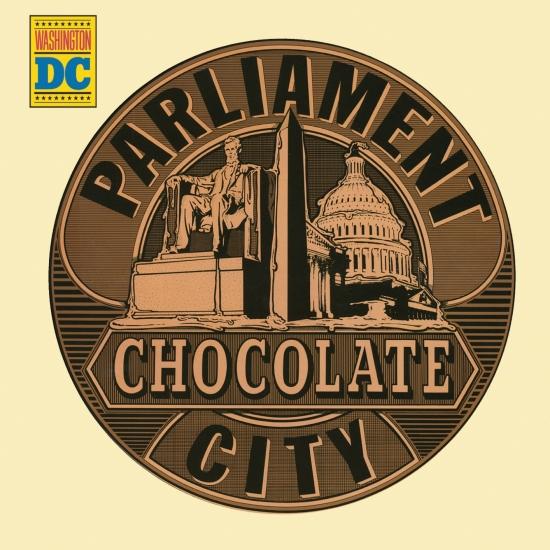 Chocolate City is the third album by the George Clinton led funk band Parliament, released in 1975. It was a “tribute to Washington D.C.”, where the group had been particularly popular. The album’s cover includes images of the United States Capitol, the Washington Monument, and the Lincoln Memorial in the form of a chocolate medallion, as well as sticker labeled “Washington DC”. The album was very popular in that city, selling 150,000 copies there.
Chocolate City features the classic P-Funk lineup with George Clinton, Bootsy Collins, Bernie Worrell, and Eddie Hazel. The Brecker Brothers, Michael and Randy, joined the band as did vocalist Glenn Goins. Prakash John plays bass on several tracks. This album also marks the beginning of the pivotal songwriting team of George Clinton, Bootsy Collins, and Bernie Worrell, a partnership that would last until the 1978.
The album is full of the uptempo funk that the band would be known for as well as the vocal harmonies of The Parliaments. “Let Me Be” draws on jazz as well as gospel influences. “Together” is a remake of “Together in Heaven” by Bootsy, Phelps, and Gary. Glen Goins makes his debut P. Funk performance on “Big Footin'”.
Chocolate City reached number 18 on the Billboard soul LP charts in 1975 and reached No. 91 on the album charts. “Chocolate City”, the title track and first single, reached No. 24 on the black chart and No. 94 on the Billboard Hot 100 while “Ride On” the second single reached No. 64 on the black chart."
"Parliament's second album for Casablanca, following Up for the Down Stroke (1974), Chocolate City isn't one of the group's better-known albums. Unlike its predecessor and successive albums such as Mothership Connection (1976), it lacks a signature hit; even though the title track and "Ride On" charted as singles, they're minor in comparison to definitive classics such as "Up for the Down Stroke" and "Give Up the Funk (Tear the Roof Off the Sucker)." Though it's not one of the better-known Parliament albums, Chocolate City is nonetheless one of their best and perhaps most underrated. There's a wealth of musical talent to be heard here -- most notably Bootsy Collins, Bernie Worrell, and Eddie Hazel -- and an emphasis on horns and harmony vocals. Plus, there's no overarching narrative as there would be on successive albums, occasionally to a fault. Instead, this is a collection of stand-alone songs, none topping the six-minute mark. Regardless of its lack of signature hits, Chocolate City is a Parliament album that shouldn't be overlooked." (Jason Birchmeier, AMG)
Parliament
Digitally remastered 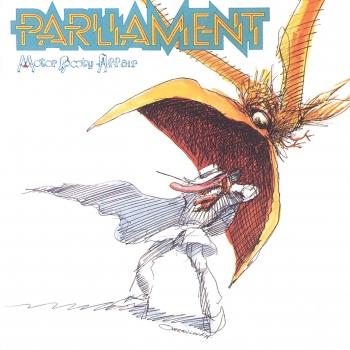 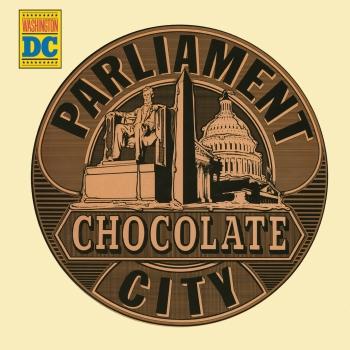 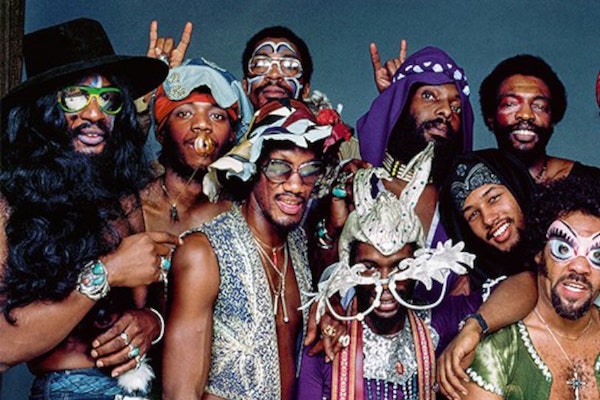 Parliament
Parliament/Funkadelic (or P-Funk) is an American Funk music collective founded by George Clinton and largely credited with being the “architects” of the Funk genre. Parliament/Funkadelic recorded over 40 hit singles, as well as three platinum albums. Inspired by Motown, Clinton gradually built up an ensemble of over 50 musicians during the 1970’s and recorded them, both as Parliament and as Funkadelic.
Channeling acts like Jimi Hendrix, Funkadelic initially had a psychedelic rock focus, with a traditional band format. Parliament on the other hand, blended James Brown and Sly Stone derived funk with 1960s psychedelia, outlandish wardrobes, and Sci-Fi themes. P-Funk (as the collective was known) was profoundly influential, leaving a lasting impact on the world of funk, rap and hip-hop. By 1997, P-Funk was the second most sampled artist in the world, after James Brown.
P-Funk had its roots in The Parliaments, a five-man doo-wop band formed by a 14-year-old George Clinton, alongside Clarence “Fuzzy” Haskins, Grady Thomas, Raymond Davis, and Calvin Simon in the back room of a barbershop in Plainfield, New Jersey. In 1964, Clinton recruited a rhythm section, consisting of lead guitarist Eddie Hazel, bassist Billy “Bass” Nelson, rhythm guitarist Lucius “Tawl” Ross, and drummer Ramon “Tiki” Fulwood.
In 1967, The Parliaments released their first hit single, “(I Wanna) Testify.” Unfortunately, they had conflicts with their record label, Revilot, and stopped recording. Clinton abandoned the Parliaments name and recorded the backup band as a stand-alone group, with the former Parliaments merely providing vocal “contributions.” They named the new band Funkadelic, and released their debut album, Funkadelic, in 1970. A keyboardist, Bernie Worrell, joined Funkadelic at this point; he would become the most important part of the Parliament/ Funkadelic Collective, doing most of the arrangement for almost all later P-Funk records.
Over the next few years, Funkadelic released “Free Your Mind…and Your Ass Will Follow,” (1970) and followed it with “Maggot Brain,” (1971) a commentary on the Vietnam War. Just after Maggot Brain was recorded, Nelson, Hazel, and Ross left Funkadelic, though Hazel continued recording with the band through the 1970s. Around the same time bassist Bootsy Collins joined P-Funk and would become after Clinton, it’s most famous member. The sound created by Worrell and Collins would define both Funkadelic and the later Parliament.
After 1972’s America Eats Its Young (#11 R&B), the Clinton/Collins/Worrell debut album) Funkadelic entered a period of decline. In 1974, the band started recording again as Parliament. Its 1974, “Up for the Down Stroke,” and 1975, “Chocolate City,” both made the Top 20 on the US R&B charts.
P-Funk’s greatest period of success came between 1976 and 1980, beginning with Parliament’s 1976, Mothership Connection, the collective’s first album to go Platinum. Parliament and Funkadelic each released two number one hit singles between 1978 and 1979, and had three albums go platinum, between them. By this point Parliament/Funkadelic was one of the hottest touring acts in the country.
At the peak of their success, however, things fell apart. Legal troubles forced both Funkadelic and Parliament to disband in 1981. Ironically “Atomic Dog” released in 1982 became the last Parliament/Funkadelic song to reach No. 1 on the R&B chart. Clinton and many former P-Funk musicians continued to tour and record through the 1980s, under the name, “The P-Funk All-Stars,” but with little success. The rise of rap music in the 1990s, however, helped spur a resurgence in the collective’s popularity. In 1997, Clinton and 15 members of Parliament/Funkadelic collective were inducted into the Rock and Roll Hall of Fame. (Source: blackpast.org)