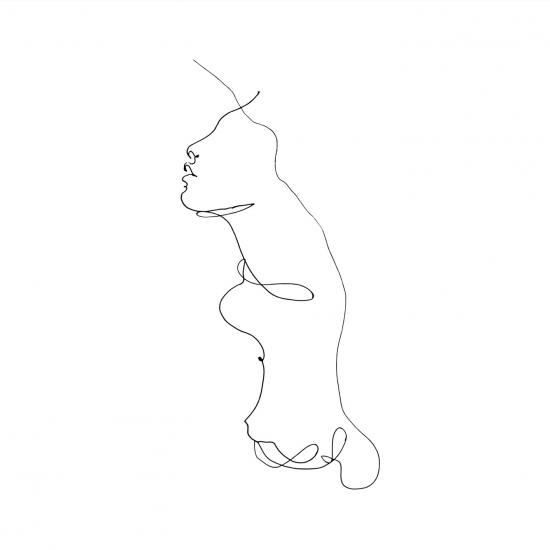 When most people look at an acoustic guitar, they see exactly that – a wooden box with strings. As one of the pioneers of the modern fingerstyle sound, however, Jon Gomm has a rare gift for turning one instrument into what feels like an entire orchestra...
“I didn’t realise that my songs were worth anything beyond the crazy guitar playing,” exclaims Gomm, who originally started out on ukulele at the age of two. “When people started getting my lyrics tattooed on them, I had to accept that they’re not doing that because they’re fans of percussive guitar."
The Blackpool-born singer-songwriter’s 2003 home-recorded debut, »Hypertension«, was nothing short of a musical revelation: drumming beats, tapping chords & striking harmonics on his acoustic underneath that warm, soulful voice. Things changed for Jon when landmark single »Passionflower« racked up millions of views on YouTube and other media platforms in 2012 – with British TV legend Stephen Fry describing him on mainstream television as someone »playing the guitar in a way I’d never seen it played before« and »an all-round genius«. Follow up album »Secrets Nobody Keeps« arrived in 2013, further cementing his stature as one of the driving forces behind an acoustic revolution – but now, having signed a label deal for the very first time in his career, he’s managed to truly refine the pop sensibilities and emotive expression within that unmistakable wall of sound.
The Faintest Idea’s title is based on the notion that all of us, to some extent, are just The Faintest Idea, »It’s an enigmatic title«, smiles Gomm. »There’s a fine line between a metaphor and a pun, so I guess it dances on that« and explores the contrasts between the warmth of Gomm’s acoustic articulation with more icy affairs, thanks to the synth parts and production work from Australian musician Andy Sorenson, together they have created a contemporary masterpiece.
The album is complemented by the delicate hand drawn pen and ink cover art created by Lee Zimmerman.
The Faintest Idea’s immersive and emotional 11 tracks sees a musician coming to terms with the talents that got him recognised and choosing to evolve into the unexpected and, despite having already gone viral and established himself as one of the modern-day masters of acoustic, this could very well be the release that sees the virtuoso transition to a mainstream audience, and it really just boils down to the magic of one man with his guitar and voice. And what a powerful magic it is.
Jon Gomm, guitar, vocals 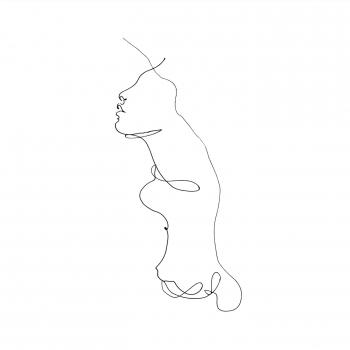 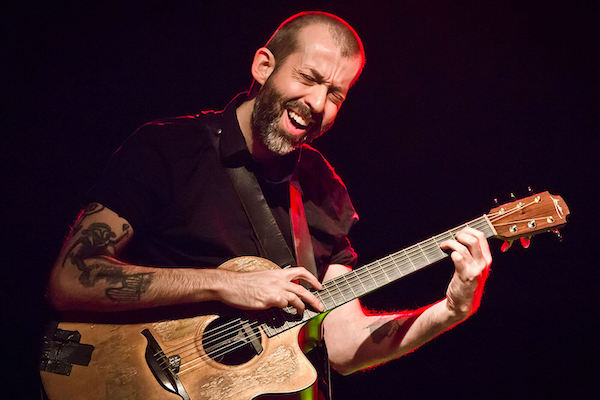 Jon Gomm
based in Yorkshire in the UK, is an acoustic singer-songwriter with a revolutionary virtuoso guitar style, where he uses one acoustic guitar to create drum sounds, bass lines and twisting melodies all at the same time. The emphasis is still on the soulful vocals and songwriting, and his original material is influenced by everything from Robert Johnson to Radiohead.
His live shows combine deeply personal, emotive performances and a natural wit, with a once seen, never forgotten two-handed guitar style, both physical and complex, producing sounds people can barely believe are coming from a humble acoustic guitar.
Jon first laid his hands on a guitar at the age of two (actually it was a ukulele - his parents couldn’t find a guitar small enough). He wrote his first song at the age of six, and was soon accompanying his father, a music critic, to gigs in his hometown of Blackpool. Touring musicians would often stay at the Gomm household on the understanding Jon would get a guitar lesson, meaning he had one-to-one instruction from such blues legends as BB King and Jack Bruce of Cream.
Nowadays, Jon tours worldwide. In January 2012 his song Passionflower went viral online, with the video passing 6 million hits, resulting in national TV appearances in the UK, Portugal, Holland, Brazil and Turkey,
Suddenly being catapulted from cult obscurity to mainstream acceptance has been a strange experience for someone so devoted to his craft, and Jon is an unlikely star and remains very much true to his roots in the acoustic circuit of the North of England.
Jon is a truly and fiercely independent artist, with his own label and no mainstream industry support, but using mostly online social networks for promotion, he has defied the odds with a huge, truly supportive fanbase resulting in headline tours on all 5 continents, from Australia, Canada and Europe to China and South Africa and South America. His debut CD Hypertension has sold over 50,000 copies at the time of writing, and his second CD Don’t Panic sold out within 3 days of appearing on Amazon. His videos are watched tens of thousands of times within minutes of appearing on Youtube.