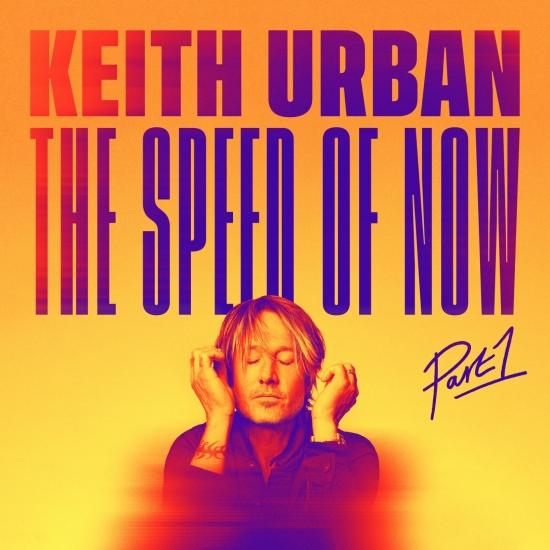 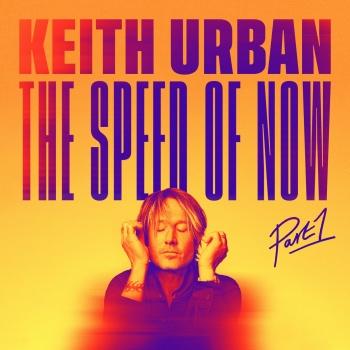 THE SPEED OF NOW Part 1 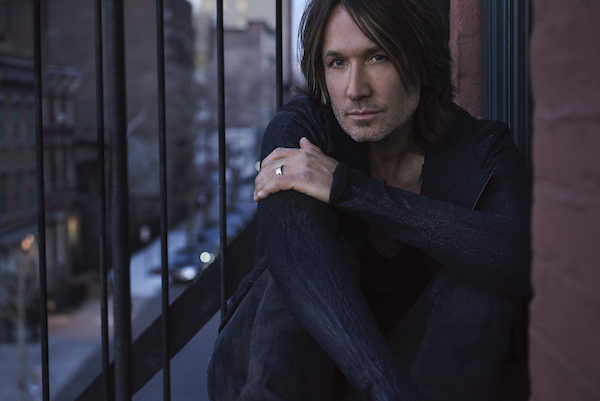 Keith Urban
has spent the better part of his life harnessing a deep-seated passion for music. His story is unlike any other filled with its own unique twists, turns and challenges. His infatuation with music is the core ingredient that, when combined with his authenticity, talent and driving musical inquisitiveness, helps to understand why he is one of the most successful and well-respected artists in the world. His musical boundaries are forever expanding as is his audience which he continues to amass worldwide, a result of his innate ability to connect with people both musically and personally.
Before all of the accolades, and a sizable number of awards that were yet to come, Urban had an upbringing full of love and music. Artists like Don Williams, Johnny Cash and Glen Campbell filled the din of his rural Australian home outside of Brisbane. Those sounds, coming out of the American heartland, were in full rotation on his father’s turntable, a drummer in his own right. Early exposure to music ignited a lifelong musical romance. This young New Zealand-born, Queensland-raised boy was hooked. A cheap guitar at 6, support from his parents, bartered guitar lessons and numerous talent quests filled the mind of an idealistic kid with a singular desire to pursue a life of music. There was in fact, no other plan or option.
Aged 10, Urban barely escaped with his life when the families’ home burnt to the ground. It was an especially brutal loss for a working-class family that didn’t have much to begin with, and it informed much of who he would become. Resilient and determined, Urban dropped out of school and began playing 4 sets a night in local bars. He was 15. The time served him well as he honed his guitar and performing skills, broadening his musical palate covering band’s like AC/DC and Dire Straits. He played in all kinds of bands performing everything from West Coast rock to duo’s and trio’s and even a short stint in a heavy metal band from which he got fired…. but Nashville was always the goal.
At age 20, Urban left Australia and headed to Nashville where he did anything and everything to find his moment. Not surprisingly, the rock style guitarist with the funny accent and long hair, who wanted to make it big in country music, wasn’t exactly fitting in. Years back and forth between Australia and Nashville found Urban supporting himself on what little money he could scrounge up from sessions and club gigs with his guitar driven hybrid country, rock trio The Ranch. It wasn’t until his mid 20s that Urban finally found a home, both in Nashville and at Capitol Records with the release of a self-titled debut album that sent him off and running with the first of 24 #1 singles, an unprecedented achievement in country music for a then foreigner.
Today, Keith Urban is a world renown artist, a musician, producer, songwriter, singer who remains restless and musically fearless. He continues to evolve by absorbing musical inspiration from every genre of music, while honing his skills and learning new ones.
With the release of 2013’s number one multi-platinum album FUSE, Urban doubled down on his quest to create a new hybrid sound bringing many of his musical influences to bear creating his own brand of Keith Urban music. FUSE cleared a path for the albums that would follow. 2016’s RIPCORD and 2018’s GRAFFITI U, both simultaneously debuted at #1 on the Billboard Album Charts in the U.S., Canada and Australia. They produced some of Urban’s biggest worldwide hits to date including Blue Ain’t Your Color, Parallel Line and The Fighter, as well as one of the most successful world tours of his career, the “GRAFFITI U World Tour,” which played before nearly 1.5 million people in seven countries on three continents. Over this time, an ever-expanding, global audience embraced Urban’s creative path, which also saw him amass and surpass 3 billion worldwide streams.
Keith’s live shows are notorious. An explosive experience of emotion, musical texture, energy and showmanship. He makes it his goal to connect and touch every soul whether in an arena of 15,000 or outdoors in front of 50,000.
Collaboration has always played a part in Keith’s creative odyssey, having found a common language whether on stage or in the studio with a diverse list of artists including Post Malone, Taylor Swift, Nile Rodgers, John Mayer, Eric Church, Keith Richards and Julia Michaels, among many others.
Much of Urban’s success lies in his desire to push to the possible. His performance of Steve Winwood’s Higher Love for Lady Gaga’s One World: Together at Home broadcast grabbed the attention of the world (Insert Link), as did his concert for COVID-19 first responders at a drive-in movie theater, the first concert in the United States (Insert Link).
September 18th, 2020 will mark the release of Urban’s 10th studio album release, THE SPEED OF NOW Part 1 and with it a fresh new edition of songs Polaroid, the first in a series of monthly single releases before September, is already generating great response worldwide.
Keith Urban is a one of kind artist with an enduring career who is fearlessly evolving, breaking the molds of stereotype and genre in an expression of his own unique voice and in doing so is drawing fans everywhere.