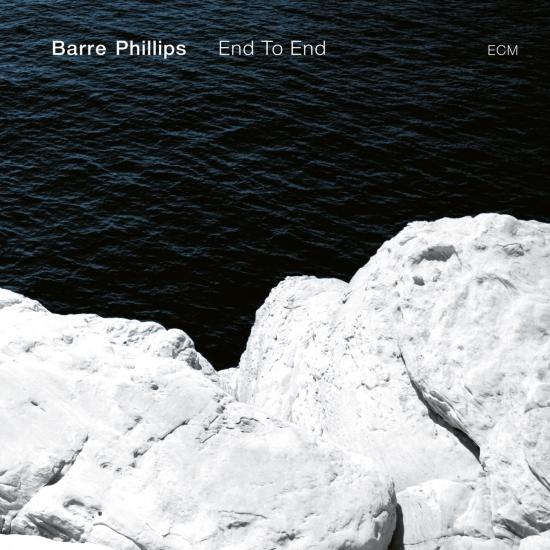 Barre Phillips was the first musician to record an album of solo double bass, back in 1968, and he has always been an absolute master of the solo idiom.
In March 2017, Barre recorded what he says will be his last solo album, the final chapter of his "Journal Violone": it is a beautiful and moving musical statement. All the qualities we associate with Barre's playing are here in abundance ? questing adventurousness, melodic invention, textural richness, developmental logic, and deep soulfulness.
Over the years ECM has documented Barre Phillips in many musical contexts, including collaborations with John Surman, Terje Rypdal, Paul Bley, Evan Parker, Joe and Mat Maneri, Robin Williamson and more. But his first appearance on the label was the landmark recording 'Music from Two Basses' with Dave Holland in 1971. In 1983 there was the acclaimed solo recording 'Call Me When You Get There', including music for Robert Frank's films.
Before Barre's 'Journal Violone' there were no albums of solo bass improvising; now, they number in the hundreds. So End to End is also a timely reminder of how influential this endeavour has been, at an underground level.
End to End was recorded at Studios-La-Buissonne in the south of France, and produced by Manfred Eicher.
Barre Phillips, double bass 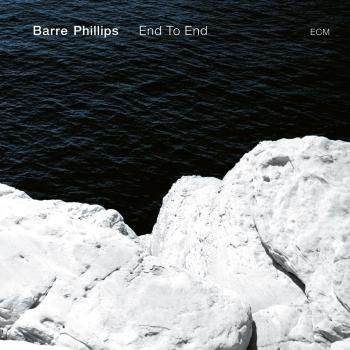 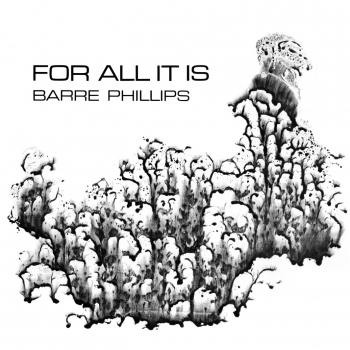 For All It Is (Remastered) 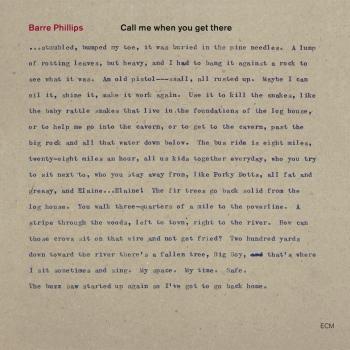 Call Me When You Get There (Remastered) 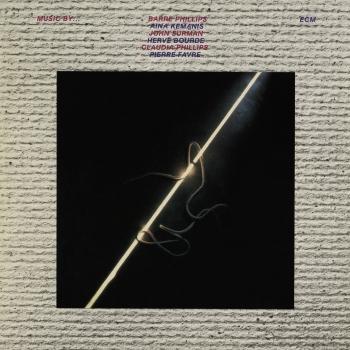 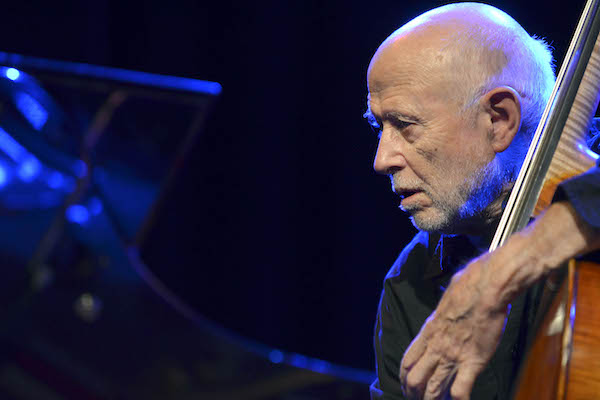 Barre Phillips
who was born in 1934 in California but has lived in the south of France since the early 1970s, has been at the forefront of successive revolutions in improvised music. He initially followed an academic career to the age of 25, until one day, as he puts it, he “just flipped” and decided that he would pursue his passion for music “come hell or high water”.
Ornette Coleman set him on his jazz path around 1960 and he was soon working the extremes of the “New Thing”, playing improvised chamber music with Jimmy Guiffre and freely expressive “fire music” with Archie Shepp. In London in the late 1960s he played with John Stevens’ history-making Spontaneous Music Ensemble and with the South African musicians around Chris McGregor. He then co-founded the powerhouse group The Trio with John Surman and Stu Martin, which appeared on Mountainscapes. Phillips’ first recording for ECM, however, was the 1971 duo album Music for Two Basses with Dave Holland, the first duo for basses issued on any label (“a fine record by two masters of the instrument”, BBC).
After further recordings for the label with Surman, and with Terje Rypdal, and the solo bass album, Call Me When You Get There, Phillips experimented with music for bass, percussion and tape on Aquarium Rain and mediated between Evan Parker and Paul Bley on Time Will Tell and Sankt Gerold, the latter a live album, taped at the Austrian mountain monastery. John Fordham, writing about this album in the Guardian, praised Phillips for “on the one hand swirling, smoky bowed textures and on the other great tension between his precision of pitch and buzzing-bee abstractions”. The bassist also collaborated with Joe and Mat Maneri on two ECM discs, Tales of Rohnlief and Angles of Repose, the second of which was recorded at the ancient chapel of Sainte Philomène, which adjoins Phillips’s home in Puget-Ville.
“I play everything based on what my ear suggests I play, with no objective editing. And my ear is fed by a pool of accumulated musical experiences stored in my memory, mental memory and muscle memory. My active role is to do the best I can to play on my instrument what my ear is suggesting.”