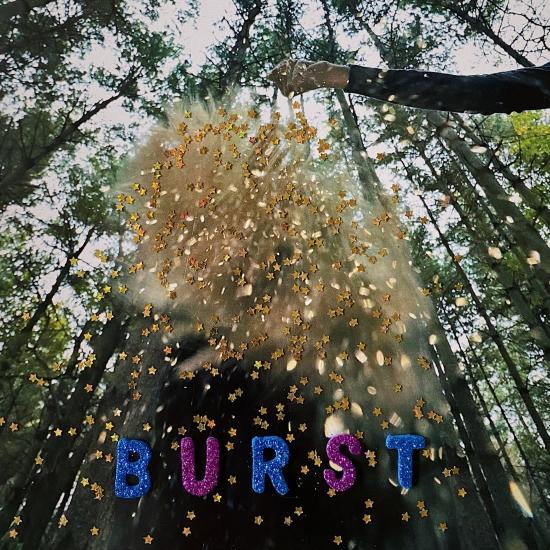 Label: Take This To Heart

Snarls spent 2019 quietly blooming. Two songs landed this Columbus, OH four-piece on Stereogum’s Top 100 Songs and Best New Bands honor rolls. With that running start in mind, 2020 is when they'll surely blossom into a band to watch. Debut LP Burst finds the next charming coming-of-age story in shimmering character drama (2019 standout “Walk in the Woods”), woozy indie-pop (“Hair”), and blue-eyed existentialism (“Concrete”). Snarls’ songwriting is as unfiltered and spectral as growing into one’s own should be, but it promises just as an enchanting listen for those outside looking in. It's no wonder MTV tried to brand Snarls' enchanting indie rock as promising "the best of emo and shoegaze" or that the band themselves sees themselves as the forebearers of "glitter emo alt rock." Snarls is fresh, frenzied, and worth fawning over. You'll just have to find out on your own.
Chlo White, vocals, guitar
Riley Hall, bass, vocals
Mick Martinez, guitar
Max Martinez, drums 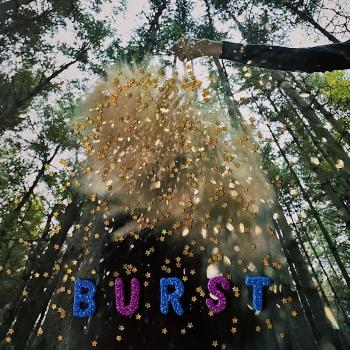 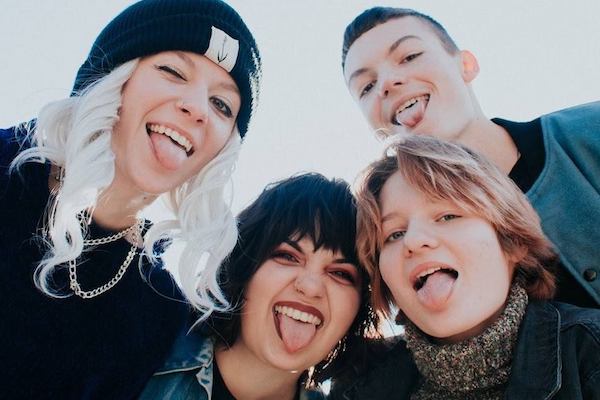 Snarls
With their debut record fringing the horizon, Columbus foursome Snarls arrives with energetic single “Walk in the Woods.” The song, an exploration of young relationships and self-realization, comes alongside a video directed by guitarist Mick Martinez. Complete with balloons, air guitar, e-girl stars, smiling pugs, and back-to-back dancing, it serves as an exemplification of the bright, infectious joy and camaraderie that has followed the self-described “glitter emo alt rock” group ever since their 2018 debut self-titled EP— and is sure to manifest in their first full-length work, Burst.
The spirited pop-rock group, comprised of vocalist and guitarist Chlo White, bassist Riley Hall, Mick Martinez, and drummer Max Martinez, came together in late 2017 to create the gritty, pop-yet-punk, rock-for-this-generation sound that is Snarls.
The theme of identity runs prominently throughout the band’s previous five-track EP, grappling with the lonely, confusing period separating adolescence and adulthood between the thrum of each palm-muted chord. Similarly, “Walk in the Woods” found its budding during a tumultuous period for the band, sensations rendered vividly palpable by thick layers of razor-sharp guitar riffs, collapsing vocals, and punchy basslines. It captures the wonderful chaos of transitions, as White describes, “The song sprouted during a major time of change for the group— graduating high school and college, learning what your real values are, and trying to figure out how to find your place in the world.”
Now, after an incredible year of touring the Midwest and writing new songs, Snarls is working hard to make the full-length record a reality. The youthful quartet is down-to-earth and hands-on in their work’s creation, even utilizing GoFundMe to partially offset costs. Mick Martinez, a music technology student at Capital University, has been responsible for mixing, mastering, and recording the music they have released. Although the previous releases the band has put out have been recorded in Capital’s Studio E, they are currently working with producer and engineer Jon Fintel at Relay Recording for the upcoming album.
Similar to other local gems Radattack, Zoo Trippin’, and Trying, with which Snarls often finds themselves sharing the stage, they have found a firm footing in the Columbus scene. The group are hardly strangers to the house show circuit as well as to venues littering all parts of High Street, from the intimate Ace of Cups to the historic “America's Longest Continually Running Rock Club," Newport Music Hall. As recipients of Columbus Alive’s “Bands to Watch 2019,” Snarls is primed to multiply the adulation they’ve already received in their home turf.
The young indie band has come a long way from their start, and they are excited at the prospects of what their future holds. “[The EP] was a reflection of us trying to figure out what kind of band we wanted to be,” said Mick, who also plays in “Bands to Watch 2017” Cherry Chrome. She continues, “Writing and recording our album has been a really wonderful experience. We have started recording already and we are already so excited about how things are sounding. It’s been so amazing to collaborate together as a band on this.”