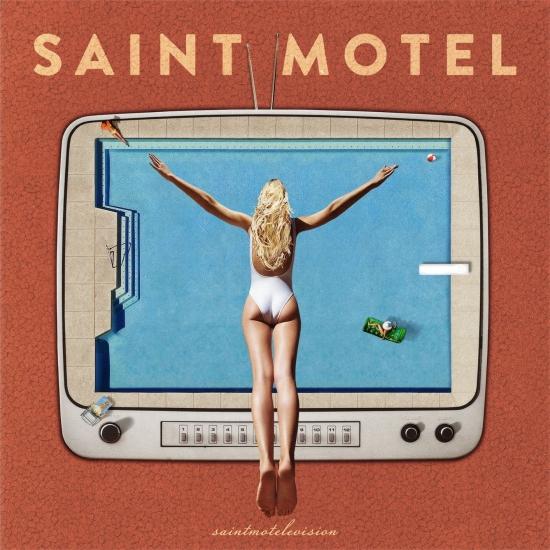 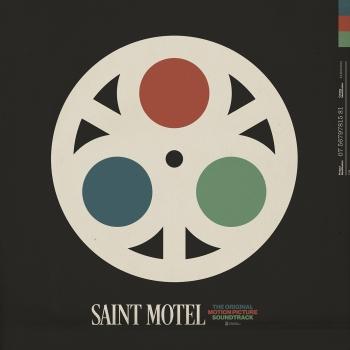 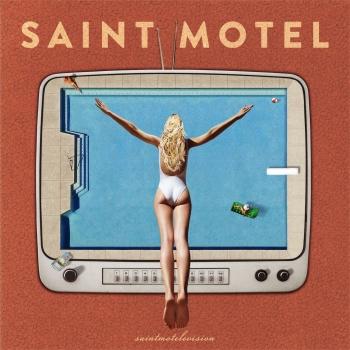 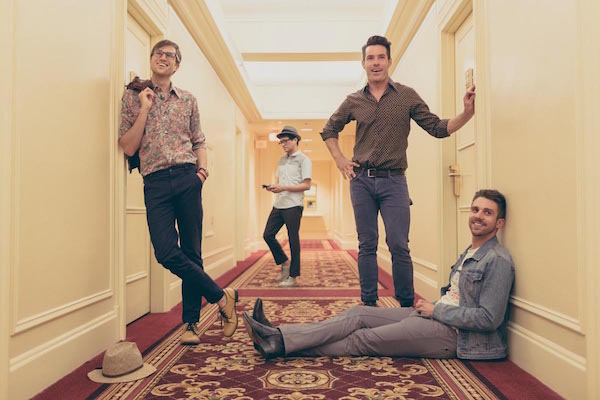 Saint Motel
For L.A.-based four-piece Saint Motel, every song holds the possibility for a spontaneous party. "That perfect moment in time where it feels like anything is possible. The kind of party where anyone is welcome but only a select few are invited," says frontman A/J Jackson, whose bandmates include guitarist Aaron Sharp, bassist Dak Lerdamornpong, and drummer Greg Erwin. "It's all kinds of people mixing together, and looking for these perfect, organic moments of beauty and danger."
As heard on Saint Motel's breakout single "My Type," that thirst for joyful eclecticism gets channeled into a retro-futuristic brand of pop that's big on bright melodies, shiny hooks, loungey rhythms, and clever yet candid lyrics. The title track from Saint Motel's most recent EP (released in the US by Elektra earlier this year), "My Type" went top 10 at Alternative radio while Entertainment Weekly heralded it as a contender for "song of the summer." And with its sly send-up of mod-world mystique - achieved thanks to the eye of Jackson, former film student who directs most of the band's video output - the "My Type" video has now racked up more than 6.4 million views on YouTube.
The follow-up to Saint Motel's 2012 full-length debut Voyeur, the My Type EP was made almost entirely in living rooms in and around the downtown L.A. area, with the band taking advantage of those decrepit art deco surroundings to explore new sounds and ultimately build their most lavishly textured work so far. For "My Type" (a horn-driven number whose caddish undertones surface in lyrics like "You're just my type/You got a pulse and you are breathing"), that expanded sense of sonic freedom included amping up their percussion by banging on beer bottles - listen close, and you'll hear Greg accidentally smashing a bottle mid-song. Saint Motel's answer to the classic femme-fatale ode ("Don't try lines and don't try jokes/She eats up men like Hall and Oates"), the airy and atmospheric "Ace in the Hole" is shot through with slow-burning guitar tones and piano lines meant to mimic the dizzying jangle of a Vegas slot machine. With the covertly romantic "Cold Cold Man," shimmery synth and sparkling piano riffs blend with the band's big-hearted harmonies to a lovely effect. And on "Midnight Movies," Saint Motel play against stomping piano rhythms by trading off gang vocals with the dreamy backup work of all-female group the Damselles.
Saint Motel flirt with contradictions all throughout My Type, revealing their music to be sophisticated but carefree, dirty but sweet, escapist in mood but brazenly truth-telling in lyrical content. "There's a million songs about love, and a lot of them tell the same story" says Jackson. "But really there are endless possibilities on how to express an emotion as weird as that - nobody really feels it the exact same way."
Saint Motel was born around 2009, by film school classmates and long time friends Jackson and Sharp. Initially the two bonded over their shared love of music, like Imperial Teen and Beethoven's 7th Symphony, 2nd Movement, and their appreciation of obscurist cinema. After bringing Lerdamornpong and Erwin into the fold, the band released their debut EP ForPlay in 2009 and put their visually oriented talents to use by adding a certain element of spectacle to each performance. "We played in half-pipes, semi-trucks, circus', pretty much anywhere we could. We created our own bizarre brand of experiential concerts like Zombie Proms, Kaleidoscopic Mind Explosions, Judgment Days, etc." says Jackson. "We just wanted to do what we could to push ourselves beyond our comfort zone, and give people some kind of big, crazy experience whenever they came to see us."
In making their first full-length, Saint Motel again tapped their imagination by infusing some flashy exuberance into the album. "Voyeur was written in a dark, dungeon-like rehearsal space in downtown L.A.," Jackson recalls. "We'd go there after our horrible jobs, and try to make music that sounded like where we wanted to be, instead of songs that reflected where we were." After years of building an underground fan base in the States, Saint Motel took off for England in mid-2013, released "My Type" that August, and soon found themselves in the music-industry spotlight when the head of the BBC announced via Twitter that the song was destined for hit status.
Now at work on their second full-length album, Saint Motel are pushing forward with the loose yet deliberate experimentalism that propelled the making of My Type. "By the time we started working on the last EP, we'd all gotten tired of making chuggy, guitar-based rock, and our tastes were expanding more and more into other genres like jazz and electronica and soul," says Sharp. Naming the Bar-Kays' iconic instrumental piece "Soul Finger" as a one particular influence, Sharp notes that "the energy of that song is so incredible and you feel it so viscerally and we just thought, 'We need to make music that makes people feel like that."
But while soul, R&B, and funk music might have helped inspire Saint Motel's own sound, it's hard to pigeon hole them to any genre. "So much of why I love music has to do with that beautiful mystery of not knowing why I love music! I'm constantly drawn to particular sounds - it could be a melody in a calypso song, a lyric in folk song, sometimes these little pieces hit you so hard and excite you and inspire you and you don't even understand why," says Jackson. "To us everything has potential, so we try it all."