"First Farewell" will likely be Peggy Seeger’s final original solo album, but mellowing is not her style and she’s not going quietly. Her remarkable 24th solo album underscores her importance & continued relevance as a songwriter and performer, cementing her place as one of the most uncompromising and inspiring female artists of any genre and age.
Foremost, Peggy Seeger is a passionate advocate of the ability of music and community to change lives. With storytelling running through her bones and an unshakable belief that music is activism, these eleven new songs deliver powerful tales both personal and political: Life-long love; the invisibility of old age; the joys of not giving a damn anymore; loneliness; young male suicide; modern slavery; social media addiction and a tongue in cheek twist on the Cinderella story.
Despite some serious topics, ‘First Farewell’ expresses Peggy’s indefatigable optimism, inquisitiveness and sheer lust for life. A deep love runs through it from start to finish, leavened with a healthy dose of wry self-knowledge.
First Farewell is the first to be written and recorded entirely with Peggy’s immediate family members - sons Calum and Neill MacColl (established musicians & songwriters) and daughter-in-law Kate St John (Dream Academy). It’s also her first album to reference her roots as a classically trained pianist rather than entirely as a folk musician. The simple piano arrangements hark back to the avant-garde compositions of her mother, the Guggenheim fellowship composer Ruth Crawford Seeger.
"Her spry, lively vocals and her writing burrow into many territories: digital communication, environmental collapse, feminism, love and time, the latter nestling closest to the folksongs for which she became known." (The Guardian)
Peggy Seeger, vocals 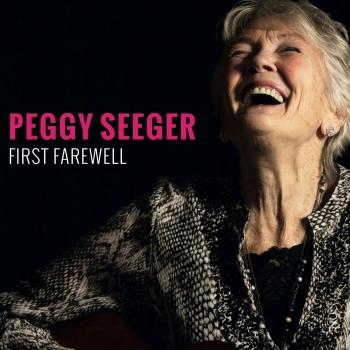 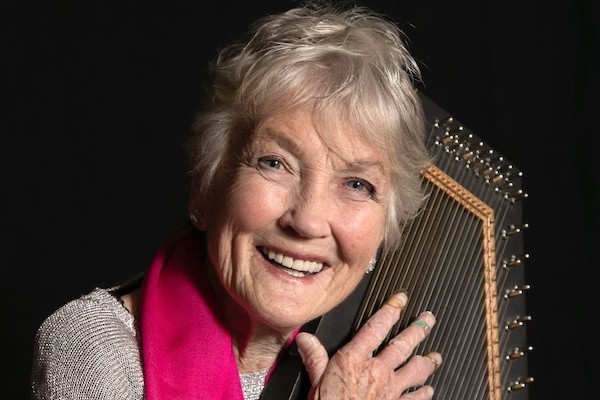 Peggy Seeger
is totally unique. Sister of Pete Seeger (the great-grandfather of USA folk revivial) and partner of the late Ewan MacColl, theorist and practitioner of UK folk revival), she has carved a special niche for herself in both these countries. Trained in both classical and folk music, her experience spans 55 years of performing, travel and songwriting. She'll sing an unaccompanied traditional ballad, follow it with a tall tale about a circus high-diver, then launch into a topical song about drugs, war, hormones, politicians, unions, women, love or ecology. A multi-instrumentalist (piano, guitar, 5-string banjo, autoharp, English concertina and Appalachian dulcimer), she is probably best known for her feminist songs (such as Gonna Be an Engineer) and for The Ballad of Springhill, which latter is rapidly becoming regarded as a traditional song.
Born in 1935, she regards herself as "seasoned and in my prime". She has has made 23 solo recordings and has participated in over a hundred recordings with other artists. A native North American, she made her home in England with MacColl for 35 years. She returned to the USA for sixteen years but has returned permanently to the UK where her 3 children and 9 grandchldren live. She regards England as Home.
Recording in the past for Folkways, Rounder Records and Appleseed Recordings, her 2014 album Everything Changes, was released on her own label, Signet Music. The one and only full-length authorized biography, ‘Peggy Seeger: A Life of Love, Music and Politics’ by Jean R. Freedman was published in 2017 (University of Illinois Press), and Peggy’s own memoir, ‘First Time Ever’ will be published in October 2017 (Faber & Faber).
" .... must be one of the most complete artists around today." (The Belfast Review)
"Seeger's greatest asset is her uncanny ability to dissolve the gap between artist and audience." (The Irish Times)
"From the moment she stepped on stage, Peggy held every person in that packed auditorium spellbound". (Tradition Magazine)