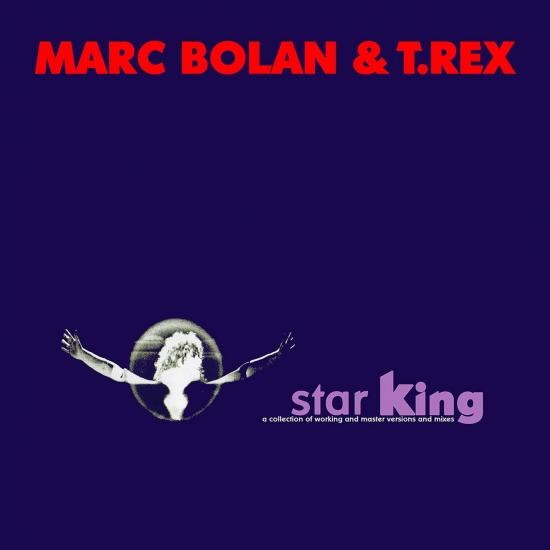 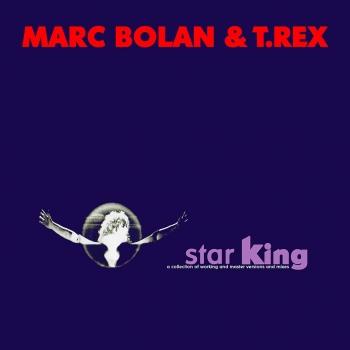 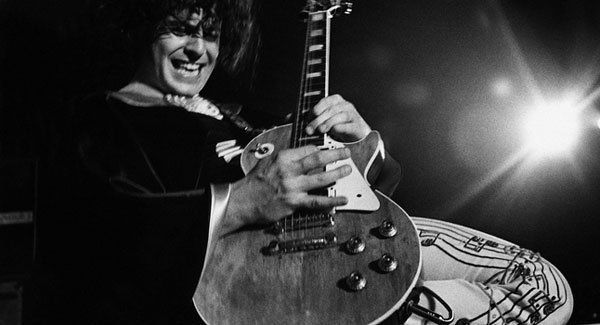 Marc Bolan
Singer/songwriter/guitarist Marc Bolan was one of the major glam rock figures of the early '70s, especially in England. After releasing his debut solo single, "The Wizard," and its follow-ups, "The Third Degree" and "Hippy Gumbo," on Decca Records in the U.K. in 1965-1966, he joined the band John's Children in 1967. The same year, he and percussionist Steve Peregine Took formed Tyrannosaurus Rex, an acoustic duo. They made three albums, My People Were Fair and Had Sky in Their Hair but Now They're Content to Wear Stars on Their Brows (1968), Prophets, Seers and Sages, the Angels of the Ages (1968), and Unicorn (1969), then split, with Bolan retaining the band name and teaming up with Mickey Finn on the electric Beard of Stars (1970).
By the end of 1970, with the name abbreviated to T. Rex, Bolan and Finn scored a U.K. hit with "Ride a White Swan," the first of ten straight Top Ten hits, and the album T. Rex. Adding bass player Steve Curry and drummer Bill Fifield, T. Rex expanded into a full-fledged rock & roll band, and scored a number one hit with "Hot Love" and another with "Get It On." (Under the title "Bang a Gong (Get It On)," the song became T. Rex's only substantial U.S. hit, making the Top Ten in 1972.) This was followed by the landmark album Electric Warrior (1971), which topped the U.K. charts and included the single "Jeepster." Then came "Telegram Sam," T. Rex's third U.K. number one. "Metal Guru" became T. Rex's fourth number one in May 1972. (During this period, with T.Rextasy hitting Britain, numerous reissues also charted.) The next new T. Rex album, The Slider, became a Top Ten hit in July 1972. T. Rex's seventh straight Top Ten single, "Children of the Revolution," peaked in the charts in September, followed by "Solid Gold Easy Action" in December. In March 1973 came "Twentieth Century Boy," the ninth T. Rex Top Ten single, and the Top Ten album Tanx. In June, "The Groover" became the band's tenth and final Top Ten single.
In August, Bolan tested the waters for using his own name on records, issuing the non-charting "Blackjack" single credited to Marc Bolan with Big Carrot, but then he retreated to the T. Rex rubric, though the original group was fragmenting. Bolan and T. Rex's commercial and critical fortunes declined afterwards, as they released Zinc Alloy and the Hidden Riders of Tomorrow (1974), Bolan's Zip Gun (1975), Futuristic Dragon (1976), and Dandy in the Underworld (1977). Bolan died in an automobile accident in 1977, and his work has been reissued frequently in the U.K. (AMG)