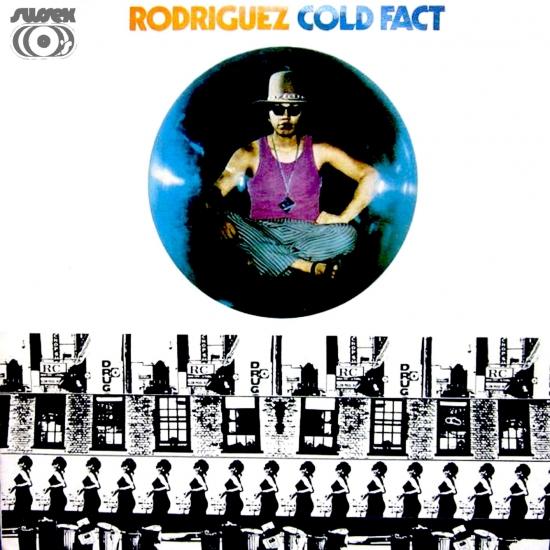 First official reissue and mastered from the original tapes, "Cold Fact" is one of the lost classics of the '60s, a psychedelic masterpiece drenched in colour and inspired by life, love, poverty, rebellion, and, of course, "jumpers, coke, sweet mary jane", co-produced by BEASTIE BOYS/MOS DEF sample heavy guitarist Dennis Coffey and featuring legendary Motown players THE FUNK BROS. Some songs of this album were covered by Paolo Nutini & David Holmes. This reissue comes in a deluxe Digipak includes 36-pg booklet feat. unseen photos, archival material, and new notes including interviews with RODRIGUEZ, the maker of "Cold Fact". RODRIGUEZ is considered a shadowy figure because he was, for many years, lost too. A decade ago, he was rediscovered working on a Detroit building site, unaware that his defining album had become not only a cult classic, but for the people of South...
"There was a mini-genre of singer/songwriters in the late '60s and early '70s that has never gotten a name. They were folky but not exactly folk-rock and certainly not laid-back; sometimes pissed off but not full of rage; alienated but not incoherent; psychedelic-tinged but not that weird; not averse to using orchestration in some cases but not that elaborately produced. And they sold very few records, eluding to a large degree even rediscovery by collectors. Jeff Monn, Paul Martin, John Braheny, and Billy Joe Becoat were some of them, and Sixto Rodriguez was another on his 1970 LP, Cold Fact. Imagine an above-average Dylanesque street busker managing to record an album with fairly full and imaginative arrangements, and you're somewhat close to the atmosphere. Rodriguez projected the image of the aloof, alienated folk-rock songwriter, his songs jammed with gentle, stream-of-consciousness, indirect putdowns of straight society and its tensions. Likewise, he had his problems with romance, simultaneously putting down (again gently) women for their hang-ups and intimating that he could get along without them anyway ("I wonder how many times you had sex, and I wonder do you know who'll be next" he chides in the lilting "I Wonder"). At the same time, the songs were catchy and concise, with dabs of inventive backup: a dancing string section here, odd electronic yelps there, tinkling steel drums elsewhere. It's an album whose lyrics are evocative yet hard to get a handle on even after repeated listenings, with song titles like "Hate Street Dialogue," "Inner City Blues" (not the Marvin Gaye tune), and "Crucify Your Mind" representative of his eccentric, slightly troubled mindset. As it goes with folk-rock-psych singer/songwriters possessing captivating non sequitur turns of the phrase, he's just behind Arthur Lee and Skip Spence, but still worth your consideration." (Richie Unterberger, AMG)
Sixto Rodriguez, vocals, guitar
Mike Theodore, keyboards, string arrangement
Carl Reatz, baritone saxophone, trombone
Dennis Coffey, guitar
Bob Babbitt, bass
Andrew Smith, drums
Bob Pangborn, percussion
Detroit Symphony
Gordon Staples, conductor
Produced by Dennis Coffey, Mike Theodore
Digitally remastered 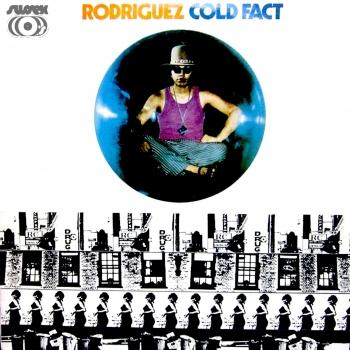 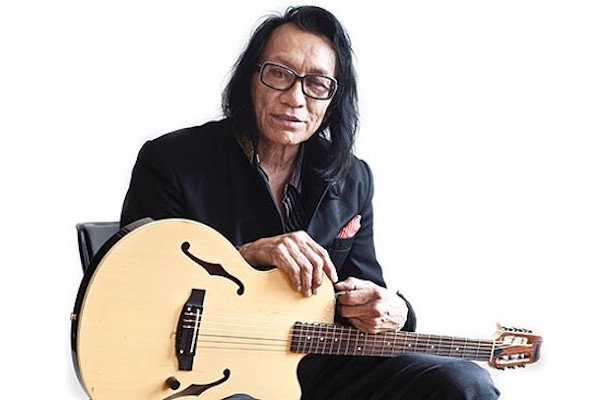 Sixto Diaz Rodriguez
is a Mexican-American folk musician, born on July 10, 1942 in Detroit, Michigan. In most of his songs he takes a political stance on the cruelties facing the inner city poor.
In 1966 he released the single entitled “I’ll Slip Away” through the small record label Impact. He did not produce anything for another three years until he was signed with Sussex Records. Rodriguez recorded two albums with Sussex- Cold Fact in 1970, and Coming from Reality in 1971. But after mixed reviews and low album sales he was dropped from the label, which later folded in 1975.
Sixto registered and ran for city council in Detroit. The county spelled his name wrong on the ballot.
After failing to make an impact in North America, he gave up his career as a musician. However, although he was relatively unknown in his home country, by the mid-’70s his albums were starting to gain airplay in South Africa, New Zealand and Australia.
After imported copies of his Sussex albums ran dry, an Australian record label, Blue Goose Music, bought the Australian rights to his back catalogue in the mid-’70s. The label released his two studio albums plus a compilation album “At His Best” (featuring unreleased recordings from 1976 “Can’t Get Away”, “I’ll Slip Away, and “Street Boy”). Unbeknownst to Rodriguez, it went platinum in South Africa, where he achieved cult status. South Africa at one stage was the major disk-press interest supplying his music to the rest of the world.
With a new buzz around Rodriguez, in 1979 he toured Australia with the Mark Gillespie Band as support. Two shows from the tour were later released on the Australian-only album Alive—the title being a play on the rumours caused by his public obscurity that he had died years ago. After the ’79 tour, he returned to Australia for a final tour in 1981 with Midnight Oil before quietly slipping back into normal life, gaining a degree in philosophy while working as a demolition man. He earned a bachelor of arts in philosophy from Wayne State University’s Monteith College in 1981.
In 1991, both of his albums were released on CD in South Africa for the first time. His fame in South Africa was completely unknown to him, until 1998 when his eldest daughter came across the website dedicated to him. In 1998, he played his first South African tour, playing six concerts in front of thousands of fans. A documentary about the tour “Dead Men Don’t Tour: Rodriguez in South Africa 1998″ was screened on SABC TV in 2001. Later he played Sweden before returning to South Africa in 2001 and 2005.
Rodriguez’s albums Cold Fact and Coming from Reality were re-released by Light in the Attic Records in 2009.
Rodriguez appeared as a musical guest on the Late Show With David Letterman on August 14, 2012. Also in mid-August 2012, CNN aired a feature story with interview of Rodriguez discussing his life and career resurgence.