Beethoven: Symphony No. 3 - Brahms: Variations on a Theme by Haydn Maxim Emelyanychev 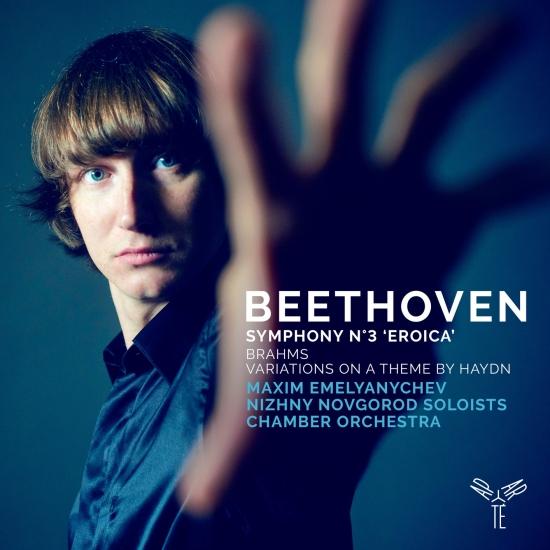 Info zu Beethoven: Symphony No. 3 - Brahms: Variations on a Theme by Haydn

After a first exciting solo disc of Mozart’s Sonatas on the fortepiano, Maxim Emelyanychev now holds the baton in a symphonic program.
The young conductor was recently appointed head of the Royal Liverpool Philharmonic and a new wind of freedom is blowing in two major scores.
In Beethoven’s so often recorded Eroica Symphonie, he knows how to enhance the rich thematic palette and the variety of timbres. His insatiable curiosity galvanizes the Nizhny Novgorod Chamber Orchestra. His unlimited imagination combined to the use of natural horns and trumpets devilishly refresh the interpretation of this masterpiece.
This promising young musician – former conductor of the ensemble Il Pomo d’Oro and Currentzis’ favourite continuist – then visits Brahms’s Variations on a Theme by Haydn with as much greed and sensitivity. A most awaited release!
Nizhny Novgorod Soloists Chamber Orchestra
Maxim Emelyanychev, conductor 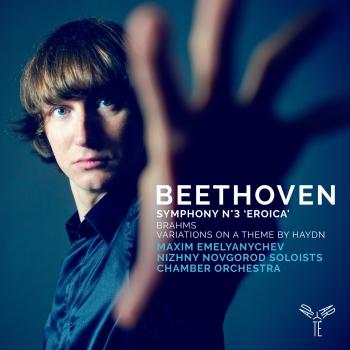 Beethoven: Symphony No. 3 - Brahms: Variations on a Theme by Haydn 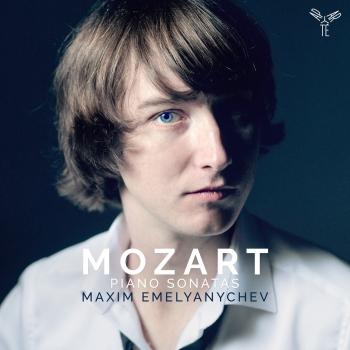 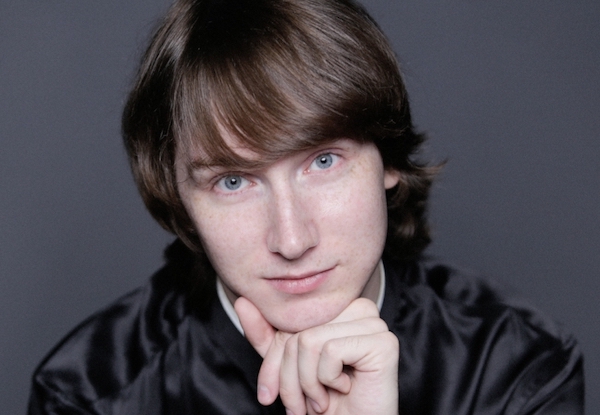 Maxim Emelyanychev
is an outstanding representative of the rising generation of very young conductors.
Born in 1988 to a family of musicians, Maxim Emelyanychev first studied conducting at the Nizhny Novgorod Music School then continued his education in the conducting class of Gennady Rozhdestvensky in Moscow State Tchaikovsky Conservatory and fortepiano and harpsichord class of Maria Uspenskaya.
He is a prize-winner of numerous international competitions, among them: Hans von Bülow piano competition (Meiningen, 2012), Musica Antica harpsichord competition (Brugge, 2010), Volkonsky harpsichord competition (2010, Moscow).
He made his conducting debut at the age of 12 and has since then conducted both baroque and symphonic orchestras. In the field of Baroque music, he leads Novosibirsk Musica Aeterna and Il Pomo d’Oro - the Italian ensemble of which he is the chief conductor along with Riccardo Minasi.
Last season, he conducted Pomo d’Oro in an outstanding concert performance of Handel’s Tamerlano at Versailles, Hamburg, Vienne et Cologne. Maxim is the creator and leader of "Veritas" chamber orchestra.
In 2015-2016, his projects with Pomo d’Oro include performances of Tamerlano at the Concertgebouw Amsterdam and the Barbican London, as well as a worldwide tour, with Max-Emanuel Cencic for Napolitan arias, that will take them to New York, Munich, Paris, Lyon, Rouen, Bern, Séville …
He collaborates with such renowned artists as Riccardo Minasi, Max Emanuel Cencic, Xavier Sabata, Julia Lezhneva, Sophie Karthäuser, Franco Fagioli, Dmitry Sinkovsky, Alexei Lubimov, Theodor Currentzis, Joyce Di Donato.
His career with symphonic orchestras first started with numerous Russian orchestras – National Philharmonic of Russia, Soloists of Nizhny Novgorod or Nizhny Novgorod Philharmonic to name a few - and goes on internationally with the Sinfonietta Sofia, the Sinfonia Varsovia or the Real Orquesta Sinfonica de Sevilla, who invites him to conduct a production of Don Giovanni at Teatro de la Maestranza.
During the 2015-16 season, he will conduct the Orquesta Nacional de Espana, the Real Filarmonica de Galicia and the Real Orquesta Sinfonica de Sevilla, who reinvited him after his Don Giovanni. He will also be heard in Paris, with Il Pomo d’Oro, at Théâtre des Champs-Elysées, leading a Haydn/Mozart with Katia and Marielle Labèque. He will join them at the keyboard to the performance of Mozart Three-Piano Concerto.
Maxim received the most prestigious Russian theatre award the 'Golden Mask' as harpsichordist in stage production of Mozart’s Le Nozze di Figaro of Perm Opera Theatre. Erato projects include a Haydn double album, as conductor and harpsichordist with Il Pomo d'Oro, and a forthcoming album of Baroque arias with Joyce DiDonato and Il Pomo d’Oro.

Booklet für Beethoven: Symphony No. 3 - Brahms: Variations on a Theme by Haydn