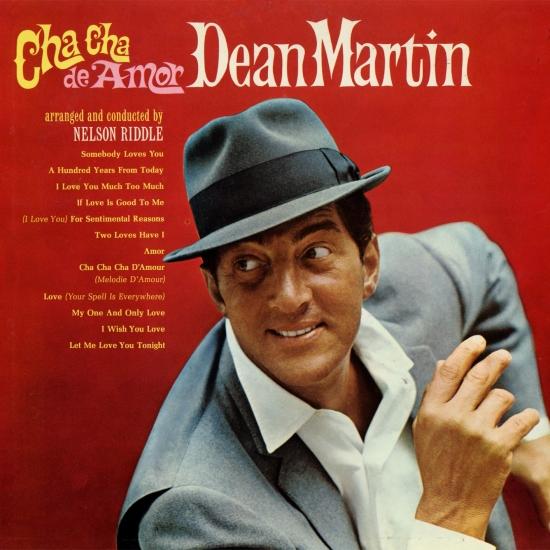 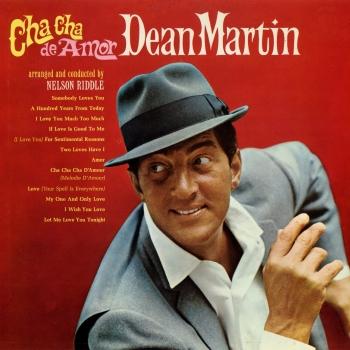 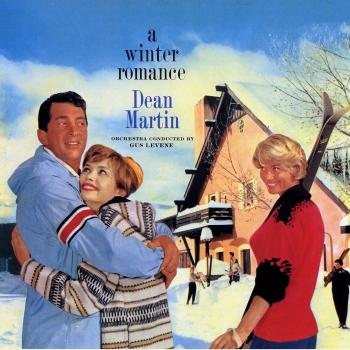 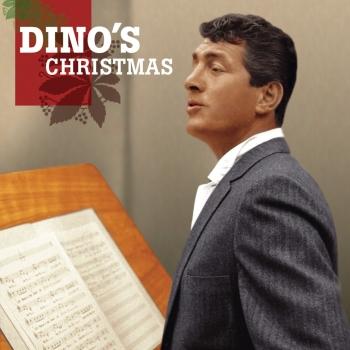 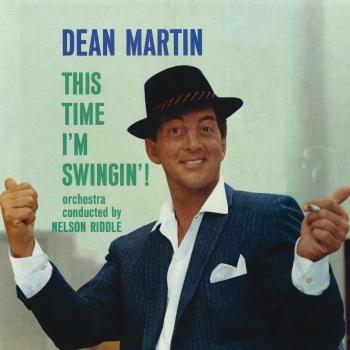 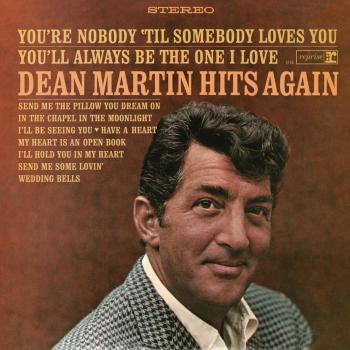 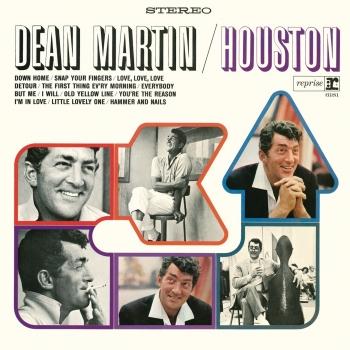 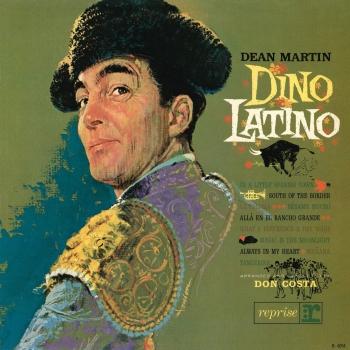 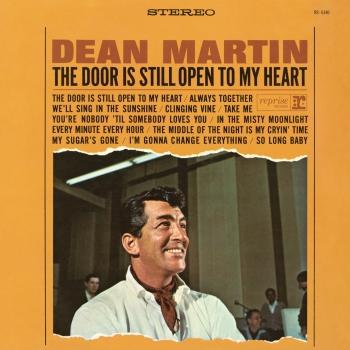 The Door Is Still Open to My Heart 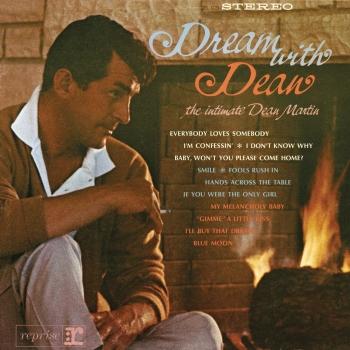 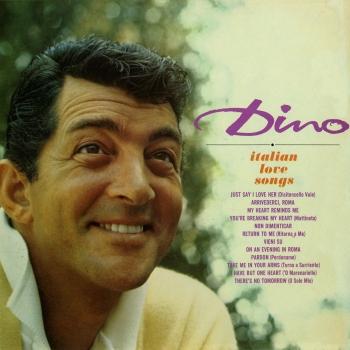 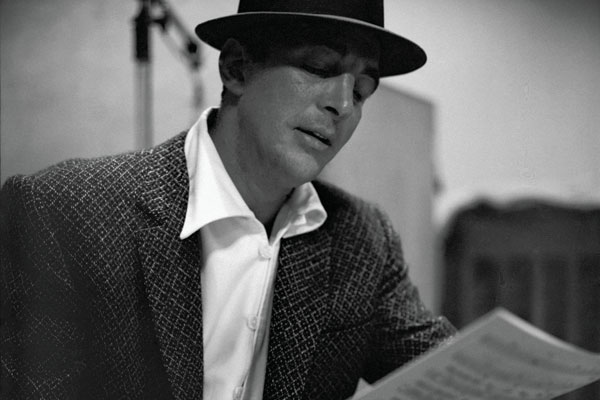 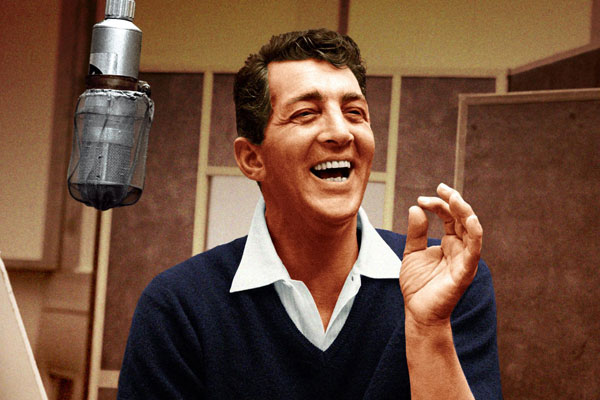 Dean Martin
Playboy called him "the coolest man who ever lived." Elvis Presley worshipped him. "He was the coolest dude I'd ever seen, period," recalled Stevie Van Zandt, adding, "He wasn’t just great at everything he did. To me, he was perfect."
That man is Dean Martin. Simply put, he was a great singer. The warm sensuality of his voice continues to beguile generations of music fans with a winning style and a touch of mystery.
Born Dino Crocetti in Steubenville, Ohio, his early autobiography is as gritty as that of any hip-hop star. He delivered bootleg liquor, served as a speakeasy croupier and blackjack dealer, worked in a steel mill and briefly ruled the ring as boxing phenom Kid Crochet. Winning his share of bouts earned him little apart from a broken nose, but Dino's speakeasy experience put him in contact with club owners, resulting in his first singing gigs.
With a fixed nose and a boost from his pals in the nightclub underworld, he became Dean Martin, styling himself after the top male vocalist of the time, Bing Crosby, and met Frank Sinatra in New York.
Martin released his first single, "Which Way Did My Heart Go?" and was first paired with comic Jerry Lewis. The two shared a bill at the 500 Club in Atlantic City, but the night they combined their acts into a combo of manic comedy and debonair music saw the birth of a phenomenon. They were the hottest ticket around and parlayed their onstage success into a string of hit movies and television appearances.
During Martin and Lewis' decade-long partnership, Dean had such hits as "Memories Are Made of This," "That's Amore," "Powder Your Face With Sunshine," and "You Belong to Me," among others, all for the Capitol label. Yet when their partnership dissolved, showbiz pundits predicted Lewis' star would continue to rise and Martin's would fizzle.
The singer confounded the skeptics. As a solo act he was wowing crowds in Vegas, impressing critics and audiences in a series of dramatic film roles, scoring on TV with Dean Martin Show specials for NBC, and hitting the charts again with "Return to Me" and "Volare."
Not soon after, Martin's affiliation with Frank Sinatra, Sammy Davis, Jr. and the rest of the fabled Rat Pack supplanted his earlier rep. He fueled his image as a boozing playboy in onstage antics with his pals and ring-a-ding ensemble films like Ocean’s Eleven, yet Martin later claimed his cocktail-swilling persona was largely a pose.
Though he left Capitol to sign with Sinatra's fledgling Reprise label, Martin capped his tenure there with a bang, releasing two classic singles, "Ain't That a Kick in the Head" and "You're Nobody 'Til Somebody Loves You," showcasing him at the height of his powers.
Even at the height of Beatlemania with the group topping the charts, Martin reasserted himself with typical aplomb knocking the Fab Four from their perch with the buttery anthem "Everybody Loves Somebody." Several other hits, including "The Door Is Still Open to My Heart," "I Will," "Houston" and "Send Me the Pillow You Dream On," followed during his years at Reprise.
Though he continued to perform, Martin's visibility was greatest in films and on TV, where he nursed his lush-in-a-tux image with the long-running Dean Martin Variety Show and the hugely successful Dean Martin's Celebrity Roast.
His effortless vocalizing has become a modern shorthand for cool, as evidenced by the use of his songs in films, television, and ad campaigns. Dino: The Essential Dean Martin, a recent collection of both the Capitol and Reprise eras, sold more briskly than any previous Martin recording, going gold within months and platinum within a year.
Biographer Nick Tosches (Dino: Living High in the Dirty Business of Dreams) described Martin as a classic menefreghista, Italian for "one who does not give a f---." The term, in Dean Martin's case, conveys not indifference but a refusal to be beaten down by the world and a determination to greet life with an easy smile, a graceful melody and an aura of unflappable cool.