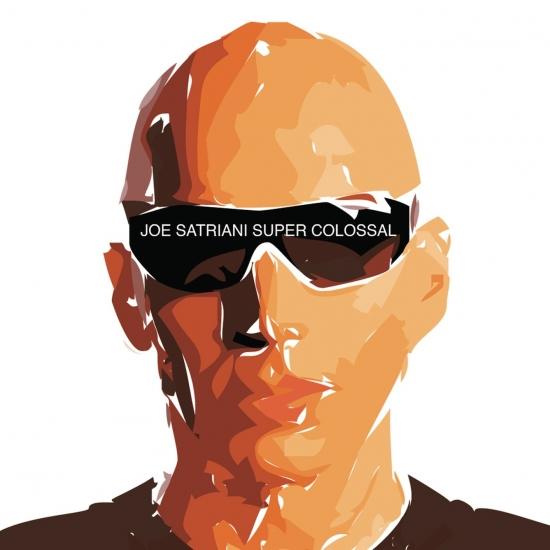 „Super Colossal“ is the 12th studio album from guitar virtuoso Joe Satriani. The master shredder still traffics in arena-sized hard rock instrumentals that provide plenty of room for his melodic, technically dazzling solos. But Satch mixes things up, too, with sunny, country-tinged riffs ('It's So Good'), atmospheric jams ('Ten Words'), and bittersweet love songs ('Made of Tears').
While a record of guitar rock instrumentals might seem in imminent danger of growing stale, Satriani manages to keep things interesting, not only by varying his stylistic approach but by utilizing a wide vocabulary of guitar sounds and effects. And, naturally, guitar players and aficionados of six-string wizardry will find plenty to admire on nearly every track here.
Joe Satriani, guitar, keyboard, bass
Jeff Campitelli, drums (except tracks 6–9), percussion (except tracks 6–9)
Simon Phillips, drums (tracks 6–9)
Recorded Late 2005 – early 2006 at Studio 21 in San Francisco, Armoury Recording Studios in Vancouver
Engineered and mixed by Mike Fraser
Editing, sound design by Eric Caudieux
Mastering by George Marino
Produced by Joe Satriani, Mike Fraser
Digitally remastered