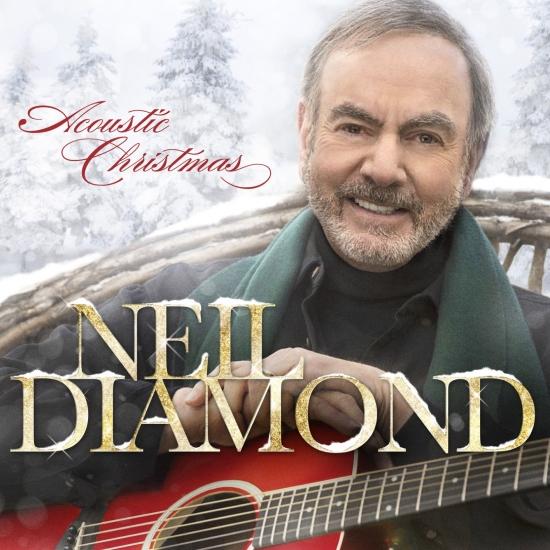 You Don't Bring Me Flowers (Remastered)

The Best Years Of Our Lives (Remastered)

Headed For The Future (Remastered)

Touching You, Touching Me (Remaster)

Neil Diamond
For Neil Diamond, it’s always started with a song. Over the course of his astonishing career, Neil has sold more than 128 million albums worldwide. He’s charted 56 songs on the Billboard Hot 100, including 12 top 10 hits, and has released 16 Top 10 albums. He’s a member of the Rock and Roll Hall of Fame and the Songwriters Hall of Fame, and in 2011, he was honored by the Kennedy Center for his lifetime of contributions to American culture. Neil has been nominated for three Golden Globes, 13 Grammys, and was named NARAS’ MusiCares Person of the Year in 2009. His 2008 album, Home Before Dark, debuted in the US and UK at #1, and his songs have been covered by artists ranging from Elvis Presley to Andrea Boccelli. But he never would have reached the world, from sold-out concerts to seventh-inning stretches, without his love for songwriting.
In June, after more than forty years as a Columbia recording artist, Neil signed with Capitol Records and moved his back catalogue to Universal, Capitol’s parent company. He has history with both: his earliest hits were on Bang, a Universal imprint, and Capitol released the multi-platinum soundtrack for The Jazz Singerin 1980, which earned Neil three Top 10 singles. Melody Road, his first new original studio album since Home Before Dark, is Neil’s debut as a Capitol artist, and while it represents a new chapter for him, it also reconnects him with his past.
Neil describes Melody Road as a homecoming. It brings him back to the start of his musical journey and the early influence of artists like the Weavers and Woody Guthrie. The songs on the album reflect his lifelong love of folk music. The vocals were recorded live, in much the same way they would have been if the album had been created decades ago, and while the instrumentation is lush, the arrangements are traditional. Like the best folk songs, each of the album’s tracks tells a story, most pointedly on “Seongah and Jimmy,” a song about Neil’s American brother-in-law and Korean sister-in-law, who met and fell in love before they had learned to speak each other’s languages. Despite the specificity of the song, it addresses a universal theme. Melody Road is largely autobiographical, but the stories Neil tells are not his alone.
Neil began working on Melody Road with several new songs, as well as a few that he’d struggled to complete for more than ten years. He couldn’t find the motivation, or the willingness to address the subject matter that initially inspired them, or – in Neil’s words – they weren’t yet ready to be born. With an emotional assist from his wife Katie, he completed those tracks. By the time he was ready to record he had an album’s worth of songs ready to go. The record unfolds story by story, and song by song – the final sequence is exactly the same as the order of Neil’s original demos for the album.
Co-Produced by Don Was (who’s worked with Bob Dylan and The Rolling Stones) and Jacknife Lee (R.E.M., U2), Melody Road was made with a masterful group of musicians, including pedal steel player Greg Liesz, keyboardist Benmont Tench, guitarist Smoky Hormel, and vocalists the Waters Family. Built on guitars, it’s true to the origin of folk, but it’s not defined by it; it was recorded with keyboards, flutes, horns, and, on “Seongah and Jimmy,” “The Art of Love,” and “Nothing But A Heartache,” a full string section. Yet, for all of its expansiveness and rich production, Melody Road is ultimately all about the songs. Neil’s come full circle. He’s brought five decades of extraordinary craftsmanship with him, but he’s returned to where he started, propelled by the simple joy of translating life into song.