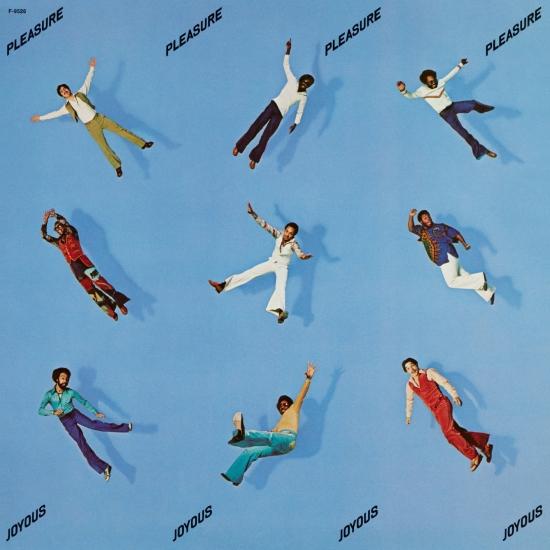 Hailing from Portland, this eight piece jazz funk outfit should have been the next in line for multi-platinum success after Earth, Wind & Fire and Kool & The Gang. It seems unfair that they didn’t make a big impact on the charts, because over six albums recorded for Fantasy Records they mixed jazz and funk to perfection. Their legacy really is something special. Their very finest LP is “Joyous”, whose title track has been an instant and ongoing club classic since it was first issued, but marvellous instrumental grooves, stoned freak outs and an amazing slice of dance soul in ‘Let Me Be The One’.
"Pleasure couldn't have asked for a more appropriate producer when, in late 1976, it employed Wayne Henderson on Joyous. A band that frequently brought jazz overtones to its funk-soul foundation, Pleasure needed someone who held jazz and R&B in equally high regard -- and Henderson easily fit that description. The Texas trombonist first made a name for himself playing hard bop with the Jazz Crusaders, but as the 1970s progressed, he became increasingly R&B-friendly. Henderson was exactly the sort of producer that Pleasure needed, and the band's appreciation of jazz comes through on the up-tempo funk numbers (which include "Dance to the Music," "Let Me Be the One," and the title song) as well as the dreamy quiet storm gem "Sassafras Girl." Pleasure brings this vinyl LP to an appealing close with a jazz-funk instrumental titled "Selim," which isn't typical of Joyous on the whole -- most of the tunes are vocal-oriented. This is a funk-soul record first and foremost, and it is also a classic that underscores Pleasure's risk-taking nature."
Marlon "The Magician" McClain, guitar, backing vocals
Sherman Davis, lead and backing vocals
Bruce Carter, drums
Nathaniel Phillips, bass, backing vocals
Donald Hepburn, keyboards, backing vocals
Michael Hepburn, keyboards, backing vocals
Dennis Springer, soprano saxophone, tenor saxophone
Bruce Smith, tambourine, bell tree, cowbell, congas, cuica, backing vocals
Mayo Tiano, trombone
Dan Brewster, trombone
Dennis Christianson, trumpet
Steve Madaio, trumpet
Robert Carr, baritone saxophone
Herman Riley, alto saxophone, tenor saxophone, flute
Produced by Wayne Henderson
Digitally remastered 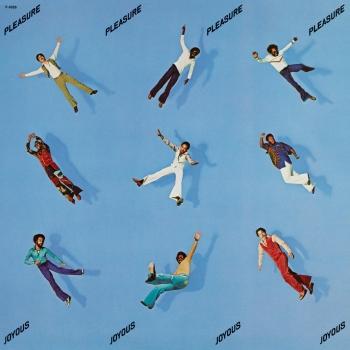 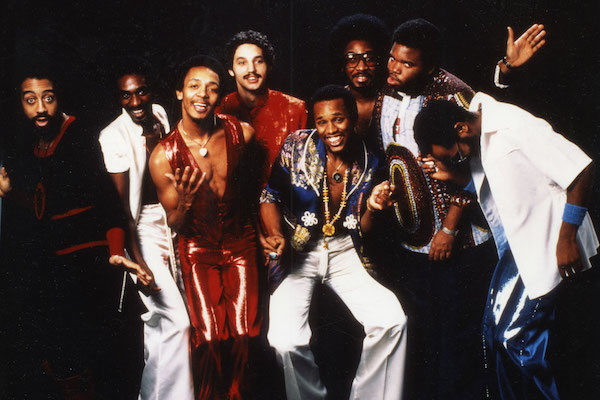 Pleasure
Best known for its 1979 hit "Glide," Pleasure was a risk-taking, horn-driven band that often brought jazz overtones to its funk/soul foundation. Pleasure, which shouldn't be confused with the '90s rock band Pleasure, wasn't huge but enjoyed a small cult following. The band was formed in Portland, Oregon, in 1972, when guitarist Marlon "The Magician" McClain (born August 8, 1955), lead singer Sherman Davis (born March 15, 1952), and keyboardist Donald Hepburn (born June 30, 1950) joined forces with saxophonist Dennis Springer (born July 21, 1949), bassist Nathaniel Phillips (born December 30, 1955), trombonist Dan Brewster, and drummer Bruce Carter (born December 28, 1956). Pleasure was a merger of two Portland outfits: Franchise (which included McClain, Phillips, and Carter) and the Soul Masters (which was Hepburn's band and also included Springer, Bruce Smith [drums, congas], and Davis). The Oregon residents got a lucky break when trombonist Wayne Henderson, a founding member of the Jazz Crusaders, saw them performing in a Portland club -- Henderson was impressed with what he heard, and his enthusiasm led to a deal with Fantasy (where he produced four of the band's six albums) in 1974. Pleasure's debut album, Dust Yourself Off, came out on Fantasy in 1975 and was followed by Accept No Substitutes in 1976 and Joyous in 1977. After Joyous, there were a few personnel changes: Brewster left the band, and Donald Hepburn's younger brother Michael (born May 21, 1953) came on board as a keyboardist/lead singer. Get to the Feeling, Pleasure's fourth album, came out in 1978 and was followed by 1979's Future Now, which contained the hit "Glide." Pleasure's cult following really swore by the band, but it wasn't until "Glide" (which reached number ten on Billboard's R&B singles chart) that the funksters finally scored a Top 10 hit. Trumpeter/flügelhornist Tony Collins (born May 16, 1957) was added to the lineup for Future Now, and Doug Lewis came on board as a lead guitarist for 1980's Special Things, which was Pleasure's sixth and final album. Unfortunately, Pleasure didn't have any more major hits after "Glide," and in 1981, the band broke up.