Bare as Bone, Bright as Blood The Pretty Things 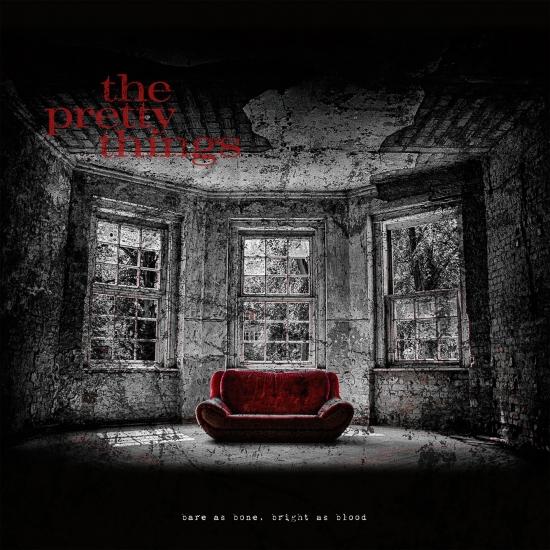 The 15th May 2020 marked the death of Phil May, the legendary lead singer with The Pretty Things.
At the time of his death, Phil was hugely excited about the impending release of the first-ever, all-acoustic Pretty Things album, which had recently been completed.
The words below were written on the 5th May, just nine days before Phil died. We have left them unchanged as they remain relevant to the album and particularly to Phil and his connection to it. Even at this stage in his career, Phil was enthusiastically looking forward to performing these dark songs live and showcasing fresh on-stage approaches.
Unfortunately, the songs will never be heard live with Phil's voice, but that doesn't diminish the power of this remarkable record which stands as a touching tribute to one of the most significant artists of a rightly celebrated generation (and beyond).
For anyone who knows The Pretty Things, their retirement from live, electric, performances in December 2018 will be a well-known fact. After the dust had settled on that memorable and emotive night, what they were going to do next was not. In the end, the chosen route was obvious. The band had been performing a rootsy, acoustic blues segment in every live show for more than ten years  a homage to their musical roots that was hugely well-received and always highly anticipated.
'Bare As Bone, Bright As Blood' is an album of raw, live, devil's music straight from the Dartford Delta with its heart in Depression era Mississippi. A record to make the band's die-hard fanbase think, as well as enjoy, and take them back to where the "1st Wave British R&B'ers" came in. Not just a jolly trip down memory lane, but something to put some perspective on the emerging road ahead, as well as view back down that road.
It features a mix of source material; standards the band has featured in its set for years; some semi-contemporary compositions by unexpected, existing and established artists (but of a younger generation); original recordings penned by old friends and new finds. There is a connection across the 55-year time span between the start-up Pretties, and this newly emerging, acoustic and roots Pretty Things.
Now in their mid-70's Phil May and Dick Taylor have re-invented themselves as who they really are  now No longer the oldest, R&B swingers in town, they have hunkered down, into their age, their authority and their legacy, working to take forward what they know, and to pass that invaluable baton around, to let it fall into the right hands and the right ears.
The Pretty Things 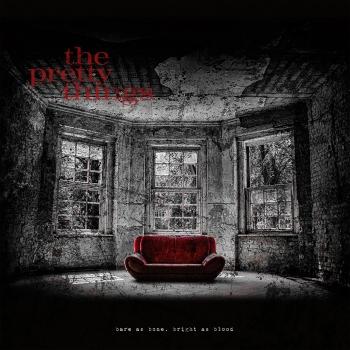 Bare as Bone, Bright as Blood 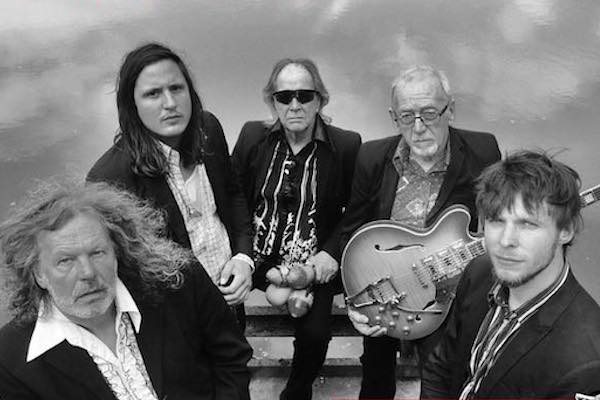 The Pretty Things
The Pretty Things were the also-rans of the British Invasion, a band that never got its due. Despite this lack of recognition, they were never quite ignored, cultivating a passionate following that stuck with them through the decades; a cult that was drawn to either their vicious early records, where they sometimes seemed like a meaner version of the Rolling Stones, or to their 1968 psychedelic masterwork S.F. Sorrow. Some of their fans advocate for the entirety of their catalog, noting how the group adeptly shifted with the times. Despite these changes in style, they rarely racked up hits on either side of the Atlantic. In the United States, they didn't chart until 1975, a full decade after they released their rough-and-tumble debut. Back then, the Pretty Things seemed like rivals to the Rolling Stones and that was no great leap: guitarist Dick Taylor played bass in the first incarnation of the Stones, not long before he teamed up with Phil May to form the Pretty Things in 1963. Taking their name from a Bo Diddley song, the Pretty Things were intentionally ugly: Their sound was brutish, their hair longer than any of their contemporaries, their look unkempt. This nastiness was evident on their first pair of singles, "Rosalyn" and "Don't Bring Me Down," two 45s that charted in 1964 whose success helped to get their eponymous debut into the U.K. Top Ten a year later, but that turned out to be the extent of their commercial success. The Pretty Things may not have shown up on the charts, but their cult proved to be influential: it's been said Pete Townshend was influenced by S.F. Sorrow to write Tommy for the Who, and David Bowie covered both "Rosalyn" and "Don't Bring Me Down" for his 1973 album Pin Ups. Critics liked them too, but that affirmation didn't sell records. Nevertheless, the Pretty Things were survivors, soldiering on through the '70s, turning into a harder, heavier outfit that was rewarded with marginal U.S. success -- 1974's Silk Torpedo and 1976's Savage Eye made the lower reaches of Billboard -- cutting a credible new wave album at the dawn of the '80s. The Pretty Things would split not long afterward but their cult remained so strong that they became a semi-active concern at the beginning of the new millennium, as they would occasional reunite for tours and recordings. ... (Stephen Thomas Erlewine, AMG)