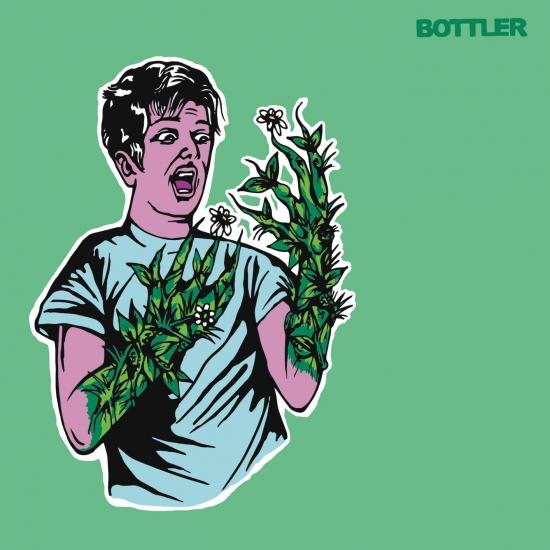 So what does it mean, ”To Grow“? Leading us into the four tracks, a voice explains how self- doubt and the unknown can help us stay creative, avoid complacency, and to „grow as human beings“.
Like an idea hitting us right in the middle of a daydream, ”To Grow” suddenly explodes — out of complacency, into a state of flow and creativity. This explosiveness is a common thread throughout the EP: Bottler are audibly having fun, bouncing between ideas, moods and even genres at times. While ”Grow” is decidedly electronic, it has many elements of a more classic „rockband“ record, creating a musical amalgamation akin to LCD Soundystem or Cut Copy.
We hear Bottler not only growing, experimenting, but having a ton of fun in the process. At this rate, it is hard to imagine what they will be able to come up with by the time their first full- length comes around next year. One thing is for certain: it will be imaginative, exciting and 100% Bottler.
"Grow represents a time of personal growth for Bottler, both artistically and personally. The tracks are imbued with energetic, focused moments of cathartic release. It was recorded and self-produced in their home studio using their collection of analog synths, guitars, pianos, samples and drum machines. Grow was mixed by Cesar Urbina aka Cubenx (Rone, Cubenx, Yasmine Hamdan, Cyanae) at Retox Tonstudio, and later his personal studio, both in Berlin, Germany. Additional mixing on "Phases" was done by Drew Vandenberg (Toro y Moi, of Montreal, Kishi Bashi, Fred Thomas, Mothers) at Chase Park Transduction in Athens, GA. Grow was mastered by Sam John at Precise Mastering in Hawick, Roxburghshire, Scotland. Grow is Bottler's InFiné Records debut. Surviving the Golden Age said Clementine "exhibits signs of them revving their engines." Consider "Soft Winds" to be the green light." (broadwayworld.com) 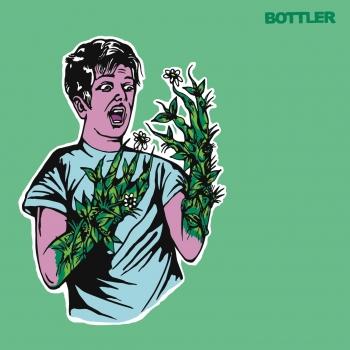 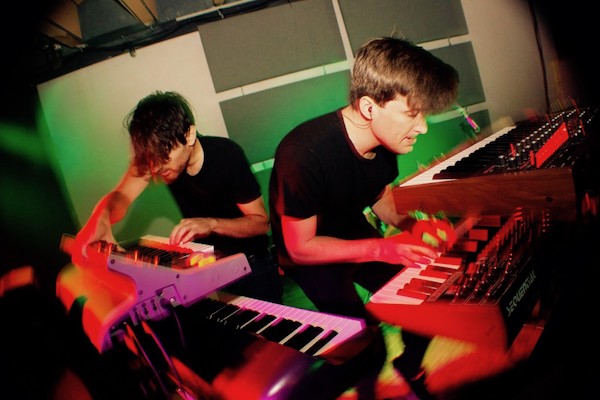 BOTTLER
is the electronic duo of Brooklyn musicians Pat Butler and Phil Shore. As lifelong friends, their creative bond is one forged in a partnership of musical exploration. Their continuous discovery of electronic, indie rock, and classical converges as BOTTLER.
Sonically, BOTTLER represents a new step toward musical freedom. They’re inspired to pursue every idea and dance across the thinly constructed boundaries of aesthetic. Free of a preoccupation with genre or form, they blend indie dance and electro pop with acoustic, digital, and analog instrumentation.
After forming and touring various musical projects for a decade, they settled down at the end of the 20-teens and founded BOTTLER. Inspired by the wide spectrum of sounds they would encounter in both the vibrant Brooklyn music scene and daily life, BOTTLER took care to craft a wholly unique style that was equal parts their past and their present. They are imbued with the music echoing off the walls of Brooklyn clubs like Good Room, Black Flamingo, Elsewhere, and Magick City. They spend countless hours crate digging at record shops like Academy Records, Captured Tracks and Rough Trade.
With all distractions set aside, they locked themselves in the studio with the unwavering devotion and intensity of their musical heroes like Depeche Mode, Nine Inch Nails, Bonobo, and Caribou. Shortly thereafter, they posted a two track demo online, and were quickly discovered by InFiné, who will release their debut CLEMENTINE EP in 2020.