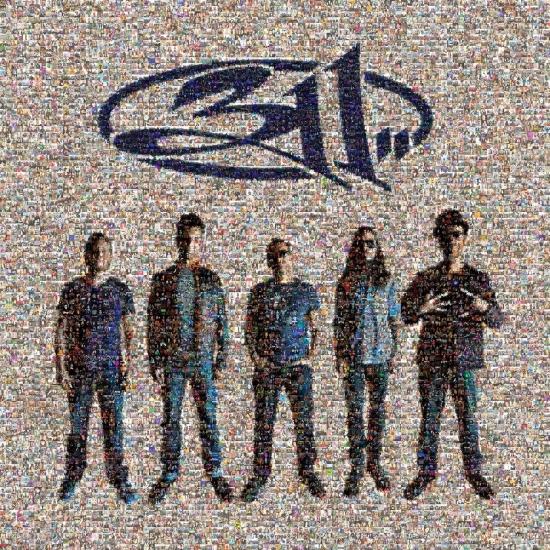 The 17-song MOSAIC was produced by John Feldmann (Blink-182, Panic! At The Disco, etc.) and Scotch Ralston (who produced 311’s iconic Transistor, Soundsystem, and Stereolithic albums). With MOSAIC, 311 are approaching their 10th consecutive Top 10 album debut on the Billboard Top 200 Albums Chart.
„Nearly three decades into their careers, 311 unveiled Mosaic, their 12th album of fusion rock that continues their tried-and-true combination of reggae, hip-hop, and alternative metal. The fourth set produced by Scott "Scotch" Ralston, Mosaic extends the path of 2014's Stereolithic -- deeper lyrics and expert execution -- except with a more exciting and uplifting vibe. The island influences make this an enjoyable summertime soundtrack, but aside from the outright tropical cabana vibe of "Island Sun," Mosaic's tunes are more fit for a sunset rager on a sweaty beach. "The Night Is Young" starts with a chilled-out groove courtesy of guitarist Tim Mahoney, bassist P-Nut, and drummer Chad Sexton, before doubling-down with a crunchy blast that kicks sand into the face of anyone who thought 311 were getting soft in their forties. "One in the Same" and "Hey Yo" are absolute assaults that also prove this point nicely. Such satisfying riffs and pounding drums abound on Mosaic, offering a bountiful handful of "classic" 311 tracks to "open up the pit," as S.A. Martinez raps on "Perfect Mistake." He continues, "This is life, man/All we do is jam/We'll make you feel like a child/Again and again." Indeed, the warm feelings of nostalgia continuously bubble up on "Too Late," "One in the Same," "Face in the Wind," and many more. John Feldmann (Goldfinger, blink-182, All Time Low) joins the production team for a handful of entries, infusing ''Til the City's on Fire" with a dancehall/pop-punk heartbeat that even includes a bass drop, and the contemplative "Places That the Mind Goes" with a distinct "Amber" energy. At a hefty 17 songs, Mosaic seems like it might overstay its welcome. However, with the amount of variety on display -- a "mosaic" of sounds, if you will -- the LP serves as an energetic soundtrack with thrilling peaks and blissed-out valleys, making it yet another gift to their dedicated fan base and another possible entry point for casual listeners who haven't checked out the Omaha quintet since "Down" or "Love Song." Closing with the anthemic "On a Roll," Nick Hexum sings "Gonna keep it alive/We're always chasing the sun/Writing words to a book/Another chapter's begun." It's a triumphant declaration from these vets, a rousing promise that the party has yet to end.“ (Neil Z. Yeung, AMG)
Nick Hexum, vocals, guitar, keyboards
Doug "SA" Martinez, vocals, turntables
Tim Mahoney, guitar
P-Nut, bass
Chad Sexton, drums
Recorded 2016 at The Hive in North Hollywood, California
Produced by Scotch Ralston, John Feldmann 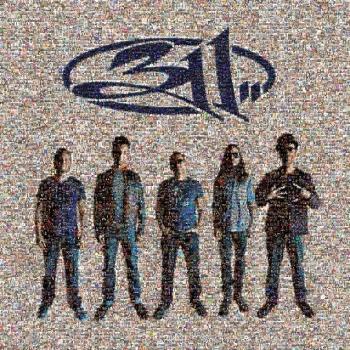 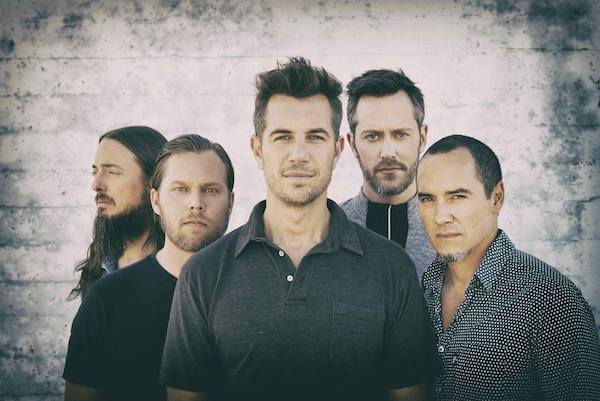 311
was formed in Omaha, Nebraska by singer/guitarist Nick Hexum, singer S.A. Martinez, guitarist Tim Mahoney, drummer Chad Sexton and bassist P-Nut. The band now resides in Los Angeles, California.
311 mix rock, reggae, hip-hop and funk into their own unique sound. After years of consistent touring, 311 have developed a reputation as one of the most entertaining & dynamic live bands in the U.S.
311 have sold over 9 million albums in the U.S. Nine of their albums have debuted in the Top 10 on Billboard's Top 200 Sales Chart...and nine of their singles have reached the Top 10 on Billboard's Alternative Radio Chart (including the #1 singles Down, Love Song & Don't Tread On Me - along with Amber, All Mixed Up, Come Original, Creatures For Awhile, Hey You and Sunset in July).
311’s 11th studio album, STEREOLITHIC, debuted at #6 on the Top 200 Album Chart in March 2014. 311 plan to release a new album in early 2017.
The band's celebratory live shows & incessant touring schedule have earned them a massive grassroots following nationwide. 311’s annual summer headlining run, Unity Tour has included Sublime with Rome, Cypress Hill, The Offspring, Slightly Stoopid, Snoop Dogg, The Roots, The Wailers, Matisyahu, and Ziggy Marley.