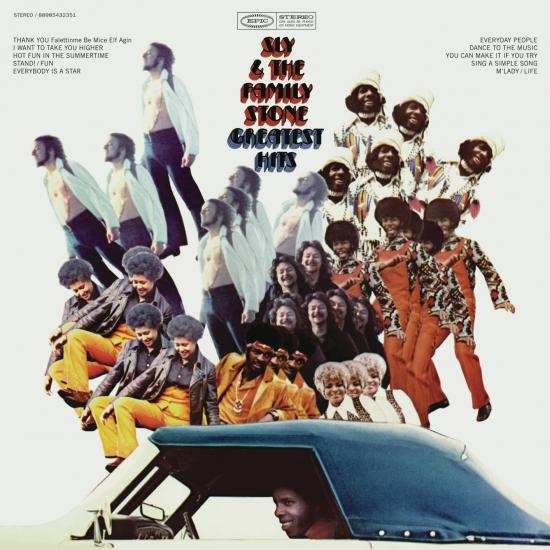 "Greatest Hits" is a compilation album by American recording group Sly and the Family Stone. It was first released on November 21, 1970, by Epic Records. Comprising five singles and their b-sides along with one additional single and one album track, it includes all of the singles from the albums Dance to the Music (1968), Life (1968), and Stand! (1969), and all of their charting B-sides.
At the time, the normally prolific Stone was holed up in the studio, laboring over what would become There's a Riot Goin' On, and the label was getting nervous. So they cobbled together a greatest hits disc from the four albums Stone had recorded so far (as well as some b-sides), and rushed it to the stores so listeners wouldn't lose interest. Never conceived as anything more than a stalling tactic, Greatest Hits doesn't even bother to adopt a chronological presentation to illustrate the group's growth into a soul/rock/psychedelia powerhouse.
"Released in 1970 during the stopgap between Stand! and There's a Riot Goin' On, Greatest Hits inadvertently arrived at precisely the right moment, summarizing Sly & the Family Stone's joyous hit-making run on the pop and R&B charts. Technically, only four songs here reached the Top Ten, with only two others hitting the Top 40, but judging this solely on charts is misleading, since this is simply a peerless singles collection. This summarizes their first four albums perfectly (almost all of Stand! outside of the two jams and "Somebody's Watching You" is here), adding the non-LP singles "Hot Fun in the Summertime," "Thank You (Falettinme Be Mice Elf Agin)," and "Everybody Is a Star," possibly the loveliest thing they ever recorded. But, this isn't merely a summary (and, if it was just that, Anthology, the early-'80s comp that covers Riot and Fresh would be stronger than this), it's one of the greatest party records of all time. Music is rarely as vivacious, vigorous, and vibrant as this, and captured on one album, the spirit, sound, and songs of Sly & the Family Stone are all the more stunning. Greatest hits don't come better than this -- in fact, music rarely does." (Stephen Thomas Erlewine, AMG)
Sly & The Family Stone
Digitally remastered 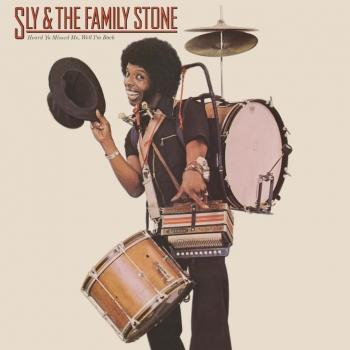 Heard Ya Missed Me, Well I'm Back (Remastered) 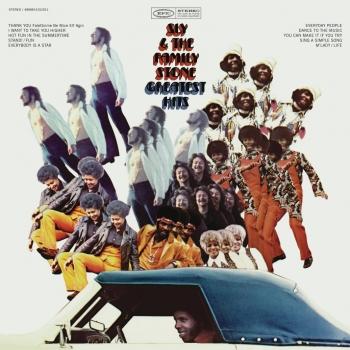 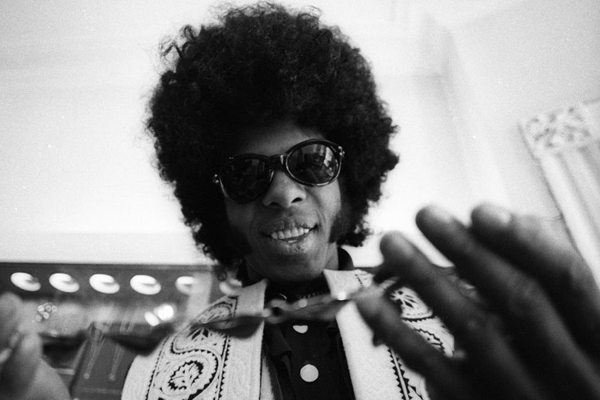 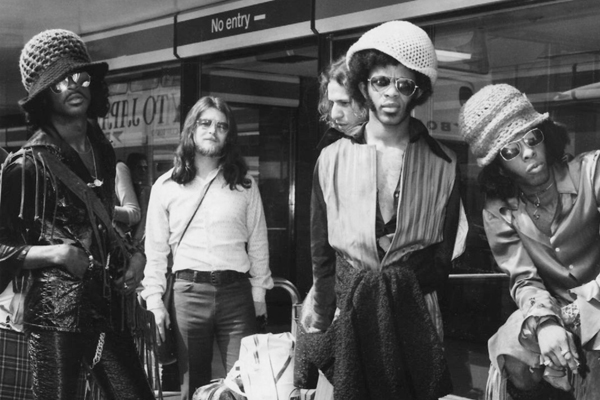 Sly & The Family Stone
More than four decades after they first stormed the Pop and R&B charts in the winter of 1968 with “Dance To the Music” – a groundbreaking jam that has the distinction of being chosen for the Grammy Hall Of Fame, the Rock And Roll Hall Of Fame’s “500 Songs That Shaped Rock,” and Rolling Stone magazine’s “500 Greatest Songs Of All Time” – the music of Sly and the Family Stone is more vital than ever.
The band’s catalog (every single composition penned by Sylvester Stewart aka Sly Stone) includes their three career-defining RIAA gold Billboard #1 Pop/ #1 R&B smashes, “Everyday People,” “Thank You (Falletinme Be Mice Elf Again)” and “Family Affair,” and their signature Top 40 hits that began with “Dance To the Music” and went on to include “Stand!,” “Hot Fun In the Summertime,” “Runnin’ Away,” “If You Want Me To Stay,” “Time For Livin’,” and more.
Those songs not only inspired an era of youthful rebellion and independence, but also had a potent effect on the course of modern music in general. A dazzling fusion of psychedelic rock, soul, gospel, jazz, and Latin flavors, Sly’s music brought the next step – funk – to a disparate populace of hip artists. From Miles Davis and Herbie Hancock, to the halls of Motown and George Clinton’s P-Funk, from Michael Jackson and Curtis Mayfield, down the line to Bob Marley, the Isley Brothers, Prince, Public Enemy, Red Hot Chili Peppers, Arrested Development, the Black Eyed Peas, the Roots, OutKast and on and on, Sly’s DNA is traceable to every cell of the musical stratosphere.
It is never enough to reiterate that they were the first hitmaking interracial, mixed-gender band. “Sly and the Family Stone’s music was immensely liberating,” wrote Harry Weinger on the occasion of the group’s Rock And Roll Hall Of Fame induction in 1993. “A tight, riotous funk, it was precisely A Whole New Thing. And they were a beautiful sight: rock’s first integrated band, black, white, women, men. Hair, skin. Fringe and sweat. Extraordinary vibes for extraordinary times.” If 1968 was indeed the year that changed the world, then Sly and the Family Stone provided the soundtrack for that change. They would continue to lay out a sound that is truly eternal.
Sylvester Stewart was born the second of five children (Loretta, Sylvester, Freddie, Rose, and Vaetta, known as Vet) in Denton, Texas, on March 15, 1944. His devout African-American family was affiliated with the Church Of God In Christ (COGC) and took their beliefs with them when they moved to Vallejo, California, a northwest suburb of San Francisco. Reared on church music, Sylvester was eight years old when he and three of his siblings (sans Loretta) recorded a 78 rpm gospel single for local release as the Stewart Four.
A musical prodigy, he became known as Sly in early grade school, the result of a friend misspelling ‘Sylvester.’ He was adept at keyboards, guitar, bass, and drums by age eleven, and went on to perform in several high school bands. One of these groups, the Viscaynes, boasted an integrated lineup, a fact that did not go unnoticed in the late 1950s. The group cut a few singles, and Sly also released a few singles as well during that period, working with his younger brother Freddie.
Into the early ’60s, Sly’s musical education continued at Vallejo Junior College, where he added trumpet to his mixed bag, and mastered composition and theory as well. Around 1964, he started as a fast-talking disc jockey at R&B radio station KSOL. His eclectic musical tastes made Sly hugely popular, as he became an early proponent of including R&B-flavored white artists (especially British Invasion bands like the Beatles, the Animals, and the Rolling Stones) into the station’s soul music format. Sly later brought his show to KDIA, where he deejayed right up through the start of Sly and the Family Stone in 1967. … www.slystonemusic.com