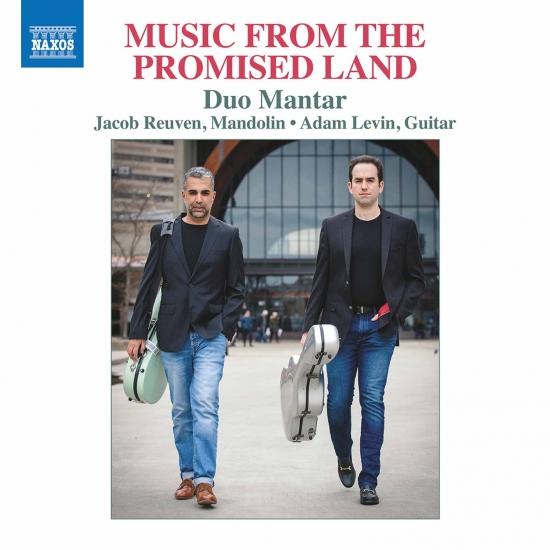 This selection of pieces for mandolin and guitar represents the rich variety of music from Israel. Styles range from the diaspora of Babylonian Jewry through European klezmer traditions, and Balkan Ladino songs, to contemporary influences from America. Paul Ben-Haim and Marc Lavry pioneered the use of music originating in the Jewish East, and Jan Freidlin continues the tradition, employing Oriental dance figures in his music. Oren Lok’s Ahava is an homage to love, while Ittai Rosenbaum’s Duet offers a vibrant and jazzy conclusion to this wide-ranging conspectus.
This recording paints a portrait of the beautiful Land of Israel through the sonic medium of two plucked instruments. This music has roots in Hebrew. It is a cultural gathering of Jewish diasporas from around the world whose arteries carry a collective memory of thousands of years.
We were brought together through our respective passions for the mandolin and guitar, a curiosity for the unchartered horizons of newly commissioned works, and through the meticulous musical arrangement of masterpieces for violin and piano to plucked instruments.
From our first meeting, Duo Mantar was born, a name which suggests musical exploration: ‘MAN’ (man) coupled with the Hebrew word ‘TAR’, which means touring, reviewing, and searching. Together the name ‘Duo Mantar’ appears, a title that sounds like ‘mantra’, taken from the philosophical world in Buddhist meditation.
On this album, the listener joins us for a balloon ride, travels to the diaspora of Babylonian Jewry in the distant desert, and continues the musical journey into the magical world of European klezmer music and Balkan Ladino songs. Furthermore, we hear inferences of American culture, with a smattering of jazz and country styles.
The same flying carpet, on which we have placed the listener’s ear, is embroidered with a common silk thread that forms the musical weave of this illustrious group of Israeli composers.
Duo Mantar:
Jacob Reuven, mandolin
Adam Levin, guitar 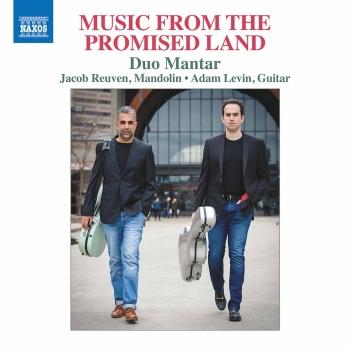 Music from the Promised Land 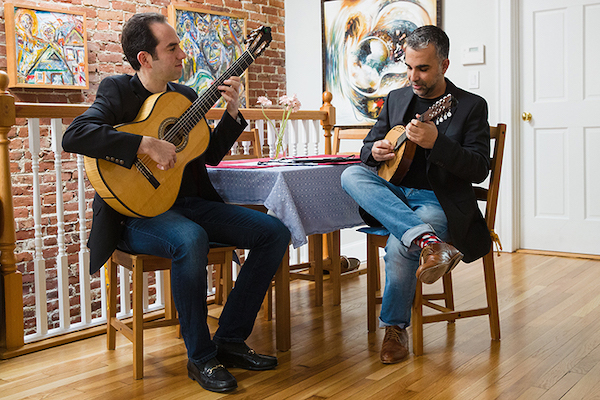 Duo Mantar
is described as “viscerally and imaginative” and “transcendental and exuberant,” respectively. Adam Levin and Jacob Reuven began playing together in Fall 2017 and share a passion for Israeli music, Hebrew and Jewish songs. Both of them are committed to expanding the repertoire available for mandolin and guitar by actively commissioning today’s most sought after Israeli composers. They have already commissioned four renowned Israeli composers, including Josef Bardanashvili, Ittai Rosenbaum, Oren Lok, and Jan Freidlin. Additionally, they are performing works originally written for mandolin and guitar by Yehezkel Braun and fresh arrangements of traditional Hebrew songs by Marc Lavry and Maurice Ravel. They gave their debut in April 2018 at the University of Rhode Island Guitar Festival. Their 2019/20 concert activities included tours in the United States, Israel and Spain. They recorded their debut album on Naxos Records in Fall 2019 (to be released in Winter 2020) and subsequently will be premiering and touring with a new double concerto in spring 2022 by the renowned Israeli-American composer, Avner Dorman.