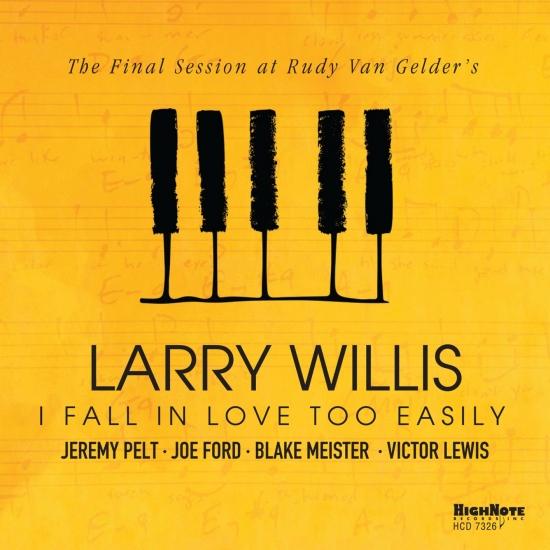 It may be somewhat ironic, yet ultimately fitting that this, the final recording by Larry Willis, brought the veteran pianist/composer right back to the place where he first began his impressive career as recording artist that spanned over a period of six decades.
The Harlem, New York born Willis first entered the hallowed halls of Rudy Van Gelder's legendary Englewood Cliffs, New Jersey studio as a twenty-two year old graduate of the Manhattan School of Music on January 29, 1965 to record with Jackie McLean for Blue Note Records. Willis's expansive resume includes entries with the likes of Cannonball Adderley, Nat Adderley, Blood, Sweat and Tears, Stan Getz, Jerry Gonzalez and the Fort Apache Band, Clifford Jordan, Carmen McRae, David "Fathead" Newman, Woody Shaw, and many more. He appeared on hundreds of albums as a sideman and dozens more as a leader of his own impressive bands.
The music played here with long-time friends Victor Lewis and Joe Ford, and his relatively new colleague Jeremy Pelt shows Larry Willis displaying the intense creativity and impeccable taste which made him once of the most respected keyboard artists in jazz.
Larry Willis, piano
Jeremy Pelt, trumpet
Joe Ford, alto saxophone
Blake Meister, bass
Victor Lewis, drums 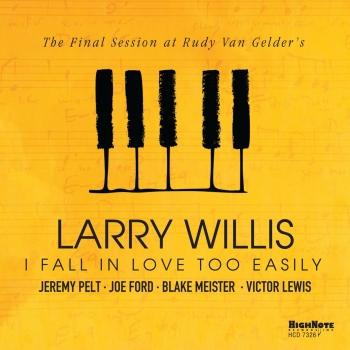 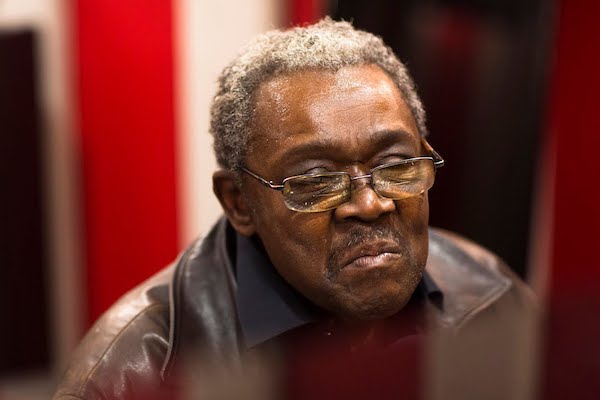 Lawrence Elliott Willis
(born December 20, 1940 in New York, NY) is an American jazz pianist and composer. He has performed in a wide range of styles, including jazz fusion rock music rock Bop Bebop and Avant-Garde
After his first year studying music theory at the Manhattan School of Music he began performing regularly with Jackie McLean. After he graduated he made his first jazz recording, McLean's Right Now!, which featured two of Willis' compositions. His first recording of any type, however, was as a singer with the Music and Arts Chorale Ensemble, performing an opera by Aaron Copland under the direction of Leonard Bernstein. He decided to concentrate on jazz because of the difficulties African American musicians had in finding work in concert music. He is still recording and touring around the world. Truly a legend in the Jazz world.
Throughout his illustrious career he has performed with a wide range of musicians, including a stint of seven years as keyboardist for Blood, Sweat & Tears (beginning in 1972). His latest recording with Paul Murphy Excursions is a must hear for anyone interested in the high energy fusion principals of Bebop and Avant-Garde Jazz. This is Jazz at an impressive new level.
Some of the other musicians he has played and recorded with include Paul Murphy, Dizzy Gillespie, Lee Morgan, Woody Shaw, Hugh Masekela, Cannonball and Nat Adderley, Stan Getz, Art Blakey, Art Taylor, Clifford Jordan, Carmen McRae, Shirley Horn, Richard "Groove" Holmes, Earl May, David "Fathead" Newman, Alphonse Mouzon and Carla Bley.