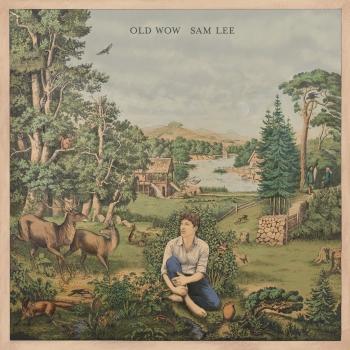 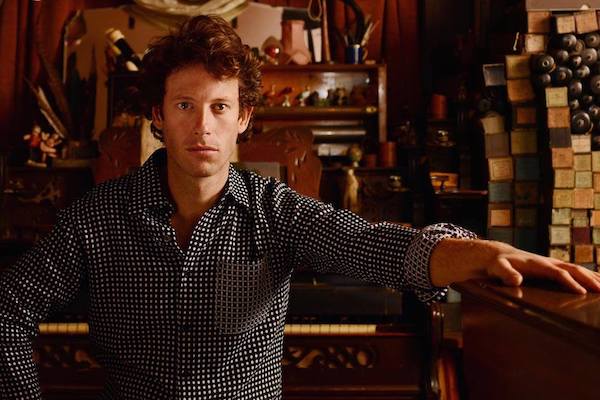 Sam Lee
“This Mercury prize nominee continues to shake up the folk scene with this second album packed with drama and surprise. Sam Lee again concentrates on traditional songs he learned from Gypsy travellers; they are performed in no-nonsense, almost crooned style, but with startlingly original settings...Surely one of the albums of the year.” (Robin Denselow, 5*, The Guardian, March 13, 2015 (UK))
“Sam Lee’s musical archeology might sound like a worthy project of interest only to be-jumpered folkies, yet this outstanding record deserves a wide hearing…no one is as daring as Lee…there’s never been a record quite like this.” (John Bungey, 4*, Mojo, April 2015 (UK))
“Lee’s baritone vocals are supple rather than wild, delivering time-honoured tales of love, estrangement and betrayal with engaging intimacy. A wonderfully inventive creation.” (Neil Spencer, The Observer, March 2015 (UK))
“Sam Lee is Britain’s most inventive folk singer. An important and powerful album from a remarkable singer’ (Simon Broughton, 4*, London Evening Standard, March 2015 (UK))
“Young folk hotshot Lee has contrived the perfect blend of traditional and modern. Shaped with an expansive cast, these stunning rearrangements of traditional songs feature ravishing instrumentation, archive samples and incisive, spirit-awakening vocal performances from Lee himself.” (The Daily Mirror, 4*, March 2015 (UK))
“Sam Lee’s follow-up to the Mercury-nominated Ground of its Own continues to mine the songs he has collected by living with travelling people. Producer Arthur Jeffes brings delicate textures, and when Lee hits a groove (as on ‘Lord Gregory’) the sound is timeless and hypnotic.” (Financial Times, 4*, March 2015 (UK))
“Most thrillingly, his light, floating tones recount the hunting tragedy ‘Jonny O’ The Brine’ over a mix of pulsing tuned-pipe percussion and skittish, fraught horns inspired by Tajik wedding bands, that resembles a sort of Middle Eastern Bitches Brew-era Miles.” (The Independent, 4*, March 2015 (UK))
“The second terrific album by Sam Lee, “The Fade In Time”…Ambitious, eclectic but, ultimately, dedicated to the enduring passions that resonate through this treasure trove of great song…” (John Mulvey, Uncut, March 2015 (UK))
“And so, the intrepid Sam Lee grapples imperiously with the difficult second album. And wins. Warmer, bigger, grander, more imaginative, more varied, more confident, more dramatic, more accessible and generally – from archive samples to boldly left-field arrangements – it’s magnificent. It’s almost taken as read that Lee’s singing is sublime throughout. An album clearly made with enormous thought, love and respect that really deserves to be heard. (Colin Irwin, fRoots, April 2015 (UK))
“Lee lovingly creates soundscapes in which the dramas he sings unfold and live. At the heart of all this is that voice and sensibility, carrying these frail, powerful stories and melodies – that did almost fade in time – into our era in an entirely modern form’ (Julian May, 5*, Songlines (UK))
“At the heart of it all is Lee’s voice, an instrument in its own right that could easily carry the songs without any accompaniment at all. The raw material may be ‘folk’ but the delivery has roots just as deeply planted in avant-garde jazz and chanson, resulting in a dramatic, challenging album that rewards repeated listening and, crucially, gives the songs an exciting new life." (Oz Hardwick, 4*, R2 Magazine, March 2015 (UK)) ‘Ground Of Its Own’ : The Debut Album : Sam Lee 2012 Mercury Nomination for Album of the Year BBC R2 Folk Award 3 nominations : Album & Singer of the Year + Best Traditional Song.