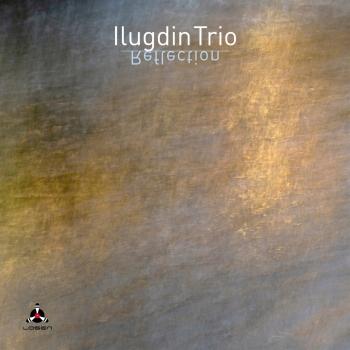 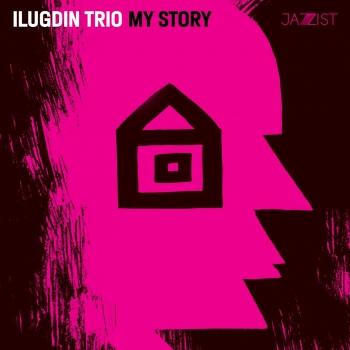 Dmitry Ilugdin
(November 12, 1977, Moscow) - pianist and composer, winner of the Youth Award "Triumph". He graduated from the Russian Academy of Music.
Dmitry began studying music at 4 years of age. During training in the traditional - academic music school becoming a beginner pianist determined not only the works of Bach, Mozart and Tchaikovsky, but also works of Oscar Peterson, Duke Ellington, Bill Evans, Charlie Parker.
One of his first teacher of jazz improvisation Dmitry says Boris Gamer - Israeli saxophonist, whom he met in 1992 in Jerusalem.
Dmitry Ilugdin debut took place in 1994, while studying at the College of Music Gnesin. Saulsky - one of the teachers in the arrangement and composition - suggested the idea of creating an instrumental trio, which included the first concert and Dmitry in the Central House of Arts. This was followed by numerous jazz festivals, performances at concert venues in Moscow, St. Petersburg and other cities.
Since 1997, in addition to performance practice, Dmitri began writing music for film and television. He - the author of music for many television programs and broadcasts, TV serial, "The Empress Catherine the Great," "Album Euphrosyne", "Reprise", the feature film "Lift" (2007), "Chemist" (2010).
Styles that always gave Dmitry greatest preference - a modern form of jazz fusion, jazz-rock, funk, soul. But thanks to his teacher at the school and academy Igor M. Brill, product traditional areas of jazz has never been excluded from the repertoire of the young artist.
In 1998, a student at the Academy Gnessin Dmitry Ilugdin recommend Alexei Kozlov, who was then decided to gather new members of the ensemble "Arsenal". The partnership with the legendary saxophonist for more than 10 years. As part of "Arsenal", Dmitriy becomes the winner of Russian and international jazz festivals, performing at prestigious venues. Takes part in the recording of the ensemble "Arsenal". Of course, Dmitri leaves its cooperation with the musicians of the academic direction. He takes part in the records with the National Chamber Orchestra of Russia under Constantine Orbelian.
In 2008-2009 Dmitry Ilugdin with a colleague on the "Arsenal" - bass player and sound-producer Eugene Sharikov - released two albums «Vision Of Sound». In authoring compositions and arrangements of Dmitri and Eugenia participated internationally known artists: Gary Meek (sax), Brandon Fields (sax), Frank Gambale (guitar), Jeff Richman (guitar) and vocalists: Kim Nazarian, JD Walter. The CD was recorded in various studios in Europe and America with the support of the Swiss label «Tormax».
At the end of 2009 - the project «Vision Of Sound» became an independent ensemble, where Dmitry Ilugdin and Eugene Sharikov invite gorgeous young musicians - Peter Ivshina, Nicholas Vintskevich, Queen Anne, and many other prominent representatives of contemporary instrumental music.
In February of 2010 the debut album «Vision Of Sound». The group starts to be active concert life. Dmitry is a member of many musical projects, such as «India In Blue» Alexander Vershinin, «Sky Music» - a joint project with Oleg Kireyev, «Jump» - Queen Anne. Collaborates with many musicians of different styles, among them - Vyacheslav Gorsky, Sergey Manukyan, Leonid and Nikolai Vintskevich Felix Lakhuti, Basin Shulman.
Starting in 2011, the year the stylistic preferences of Dmitry, as a musician, moved to a chamber, acoustic, piano aesthetics and in April 2011 the first Ilugdin issued to the public its new copyrighted material in the same style and with the volume of the concert. The project was named "Nikitsky Boulevard," the name of one of the songs, and his live version received a lot of positive feedback from experts and fans of this music - as a result, in the spring of 2012 self-titled album was released on the record label «ArtBeat music». Considered by many music experts to stylistic orientation project "Nikitsky Boulevard" can be safely attributed to the contemporary European jazz. It consists of a concert version of the author's compositions, Ilugdin and trio members - old friends and colleagues, first-class musicians - bassist and drummer Alex Zavolokin Peter Ivshin. Dmitry Ilugdin Trio - a concert is a separate structure.
Several tracks Dmitry entered a music collection of Yuri Chugunova "Melodies jazz Moscow." As a composer, Dmitry continues to work for television and film.
Dmitry Ilugdin - endorser of "Yamaha" in Russia and presents a pianos of series "CP" Father Dmitry Gregory Ilugdin-Russian documentary filmmaker, member of the Eurasian Academy of Television and Radio (EATR), a member of the Union of Cinematographers of Russia and the Russian Guild of Film Directors, General Producer of the film company MIRIAM MEDIA.
Currently, in addition to their main musical activities, Dmitry is the artistic director of the Moscow jazz club, "Union of Composers".