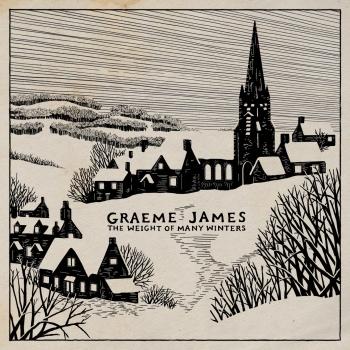 The Weight of Many Winters 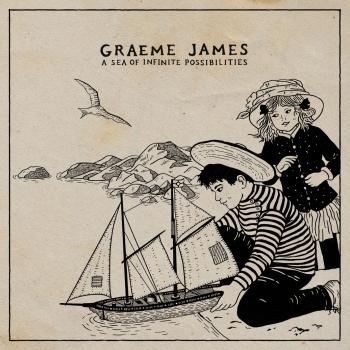 A Sea of Infinite Possibilities 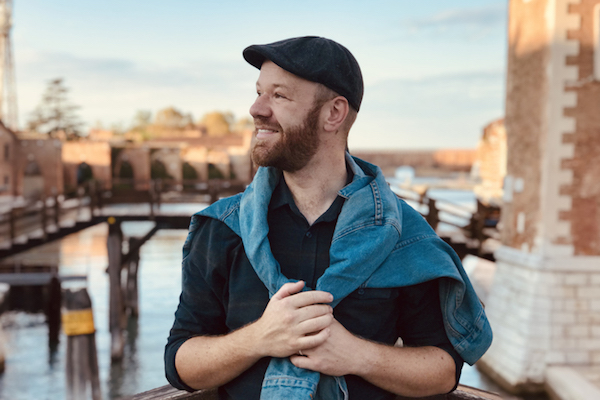 Graeme James
Folk singer-songwriter Graeme James didn’t decide on a life in music until it seemed his very existence depended on artistic gifts. In 2012, circumstances outside his control essentialized his life and he found himself sleeping in his car and busking by day to get by. There and then he made the fateful decision to leap into the unknown and pursue a life as a professional musician. Now, four albums in, the New Zealand artist is firmly entrenched in this life path. Yet, he remains reflective of the emotional and physical transience of the path. In the 6 months before relocating to Europe in mid 2018, Graeme recorded his latest album, The Long Way Home. His Nettwerk debut is a warmly insightful, lushly layered modern folk album.
“This album has a calm-before-the-storm perspective. It was written before leaving New Zealand when I felt like had no idea what the future held which was both terrifying and exciting. Uncertainty definitely makes for good songs,” Graeme says with a good-natured laugh.
Graeme is a critically-acclaimed artist rooted in folk’s rich storytelling and musical traditions. He furthers the lineage with an imaginative textural approach in which he carefully crafts multi-instrumental soundscapes. Graeme’s dynamically layered compositions feature him playing violin, electric violin, guitar, bass, baritone ukulele, mandolin, harmonica, percussion, and beatboxing. He produces his own albums, and he faithfully recreates his textural tunes live in real time with a loop pedal. To date, Graeme has issued a pair of endearingly quirky cover albums; a record of all originals; and now, his first label release, The Long Way Home. Graeme’s self-released debut album, News From Nowhere (2016), has garnered awards and critical acclaim back home. He is one of New Zealand’s most streamed indie artists, and his shows regularly sell out. Graeme’s total Spotify plays surpass 20 million, with most of these streams coming from outside of his native New Zealand.
Graeme’s story is truly about taking the long road home. As a kid, music was his first love and he had his sights fixed on being a concert violinist. In high school, Graeme became fascinated with various folk and Celtic traditions, and began to perform locally with friends and family. By college, he was writing songs and concentrating on guitar. As an adult, Graeme’s path was diverted to a linear life as he pursued being a teacher. Two facet’s eroded Graeme’s desire to follow his music. A private battle with shoulder pain during hours of violin practice conditioned him to associate music with discomfort. And Graeme feared that the freedom of being a musician would overtake him—he craved structure and a well-trodden path.
Fate intervened in 2010 after Graeme bought a loop pedal as an inspired impulse purchase. At home with his new gizmo, Graeme experienced a crystalizing moment when he realized the various instruments he picked up throughout the years, and all the music he explored could coexist in real time. His narrative took a juicier turn when Graeme, in a desperate bid to fund some car repairs, took to busking. His one-man band, and his imaginative renditions of cover songs, made him a hit on the streets of Gisborne, New Zealand. With a running car, and a reawakened passion for music, Graeme began to migrate to different regions of New Zealand to perform, building a strong and devoted following along the way. Hitting career milestones over the years have confirmed music is Graeme’s destiny—he is home.
Reflecting back on the long road, Graeme says with a laugh: “I tried everything to not do music. I think I was looking for something like the army to sort me out. What I realized is that I needed to embrace the freedom to fail. If you’re a street performer, you have busk to eat, even if it’s raining. That woke up with this healthy ambition in me, and that set me off on this wonderful adventure.”