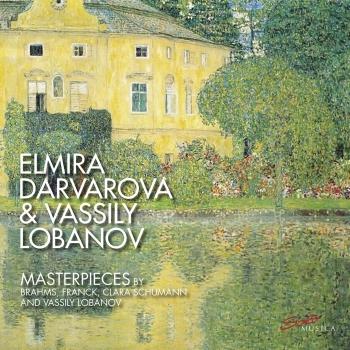 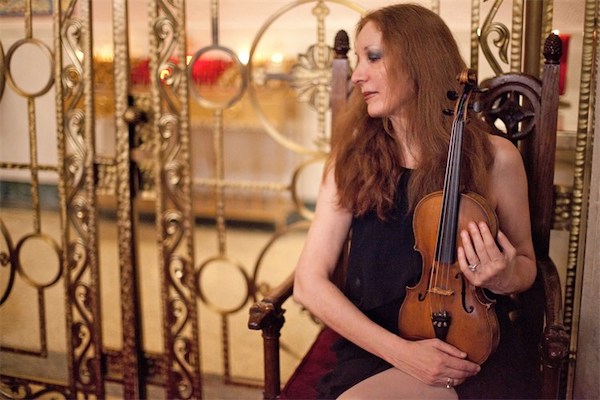 Elmira Darvarova
GRAMMY®-nominated, award-winning (Gold Medal at the Global Music Awards in 2017 and 2018), a concert violinist since the age of 4, and hailed by American Record Guide as “marvelous in the tradition of Heifetz”, Elmira Darvarova caused a sensation, beco- ming the first ever (and so far only) woman-concertmaster in the history of the Metropolitan Opera. With the MET Orchestra she toured Europe, Japan and the United States, and was heard on the MET‘s live weekly international radio broadcasts, television broadcasts and CDs for Sony, Deutsche Grammophon and EMI. As concertmaster of the Metropolitan Opera she has performed with the greatest conductors of our time, including the legendary Carlos Kleiber. She studied with Yfrah Neaman, Josef Gingold and Henryk Szeryng. She can be heard on numerous CDs (including the world premiere of Vernon Duke‘s concerto with the ORF Vienna Radio Symphony, and a CD with music by René de Castéra, na- med a RECORD OF THE YEAR 2015 by MusicWeb International). She has appeared on the stages of five continents, and has performed concertos with numerous European and American orchestras. She has given master classes worldwide and has performed cham- ber music with Janos Starker, Gary Karr, Pascal Rogé, Vassily Lobanov and Fernando Otero. A documentary film about her was shown on European television. She performs with the New York Piano Quartet, the Delphinium Trio, the Quinteto del Fuego, the Amram Ensemble, and in a duo with Fernando Otero. She is Jury President of several international chamber music competitions in Europe, and Director of the New York Chamber Music Festival. Praised by The Strad for her “intoxicating tonal beauty and beguilingly sensuous phrasing“ and „silky-smooth voluptuous tone”, she was featured in a Gramophone Maga- zine article about her world-premiere recording with the ORF Vienna Radio Symphony of Vernon Duke‘s concerto (written for Heifetz in 1940).
Vassily Lobanov
Born in Moscow, Vassily Lobanov is one of the foremost Russian pianists and compo- sers of his generation. He studied piano with Heinrich Neuhaus and Lev Naumov, and composition with Sergey Balassanian and Alfred Schnittke. Close musical collaboration with Sviatoslav Richter followed. Lobanov’s composition instructor Alfred Schnittke said of Lobanov: “There are talented composers and there are talented pianists, but seldom do those two talents converge in such brilliant proportion as they do in Vassily Lobanov”. Performed at Moscow’s Bolshoi Theatre) and „Father Sergius“; a symphony, several instrumental concertos, piano sonatas, 5 string quartets, various trios. Lobanov acknowledges the influence of Rachmaninoff, Messiaen and Shostakovich, changing radically his style since the 1980s in favor of a neo-tonal idiom he sometimes calls “minimalist drama”. His works have been performed at major music festivals on several continents. As pianist Lobanov began his distinguished concert career in Russia in 1966, performing in the music metropolises of Europe, the US, Japan and South America with such conductors as Rozhdestvensky, Lazarev, Poppen, Schiff and many others. Lobanov has appeared at numerous international festivals (such as Berliner Festwochen, Schleswig-Holstein, Wiener Festwochen, Luzern, Santa Fe, Casals Festival, New York Chamber Music Festival at Carnegie Hall, among many others). He performed for 3 years in a piano duo with Sviatoslav Richter, for 13 years in a piano trio with Oleg Kagan and Natalia Gutman, and still today remains a member of a piano quartet alongside Victor Tretiakov, Yuri Bashmet and Natalia Gutman. He has perfor- med and recorded with many other renowned artists, such as Leonidas Kavakos, Gidon Kremer, Elmira Darvarova, Mark Kaplan, Eduard Brunner, Kolja Blacher, Kim Kashkashian, Penderecki String Quartet. Lobanov’s major concert and chamber music appearances are documented in radio broadcast recordings and numerous CDs (on the Philips, Ondine, Classics Live, Tudor, Chant du Monde, Melodia, and other labels). Based in Germany since 1990, Lobanov was professor of piano at the Cologne Musikhochschule until 2012, and has been, since 2016, professor of piano at the Kalaidos Conservatory (Switzerland) and a visiting professor at the Birmingham Conservatory (England). He leads masterclas- ses for piano, chamber music and composition in Russia, Germany, Austria (Mozarteum Salzburg), Czech Republic, Poland, Estonia, Japan, Chile and Finland. In 1997 he foun- ded the Osnabrücker Musiktage Chamber Music Festival, serving as its artistic director until 2001.