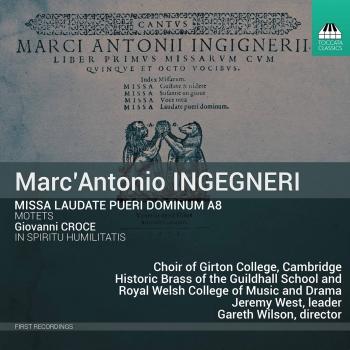 Choir of Girton College, Historic Brass of the Guildhall School and Royal Welsh College of Music and Drama & Gareth Wilson

Gareth Wilson
conductor, composer and lecturer, was born in Glasgow and studied at the Royal Scottish Academy of Music and Drama, Edinburgh University and the Royal Academy of Music in London. He teaches in the Music Department of King’s College, London, is a regular lecturer for the Royal College of Organists, Director of Music at Christ Church, Chelsea and conductor of the London-based chamber choir, Incagliati. He has undertaken postgraduate degrees in Theology and Philosophy of Religion at Heythrop College, London University, and is currently pursuing doctoral research at King’s College, London. He has composed over 70 pieces for the Anglican liturgy and in 2011 joined forces with philosophers Peter Vardy and Charlotte Fowler to present a documentary and series of conferences on music and philosophy.