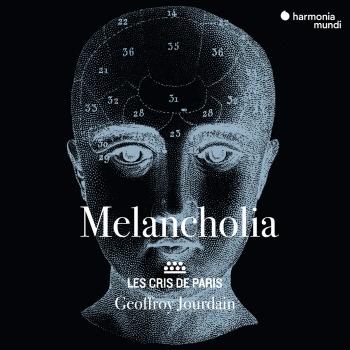 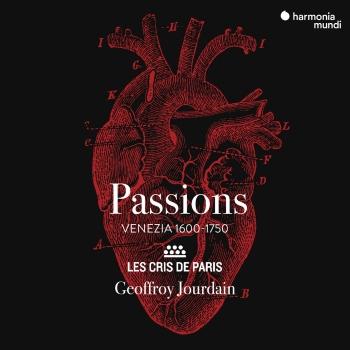 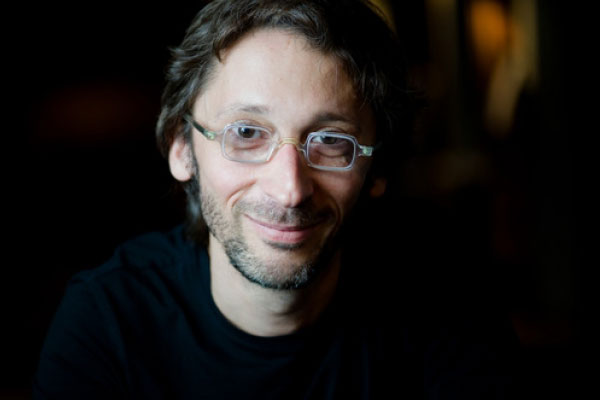 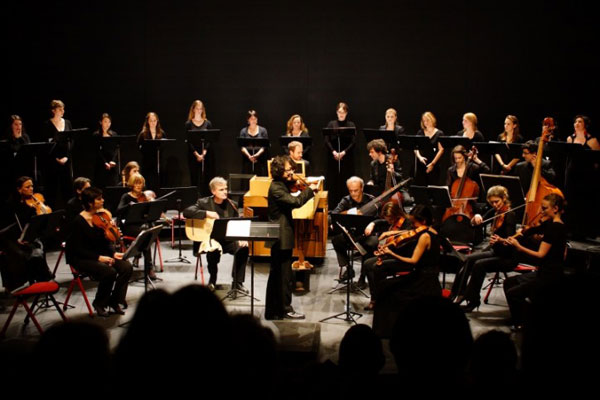 Geoffroy Jourdain
While he was studying musicology at the Sorbonne University and doing researches in the Italian musical collections of several European librarys, Geoffroy Jourdain got involved very soon in conducting vocal ensembles and founded Les Cris de Paris. The ensemble became quickly renowned for the audacity of its artistic project and for its commitment to defend contemporary creation.
Geoffroy Jourdain is interested in finding ways to create innovative musical performances, by working with stage directors, actors, choreographers and plastic artists. With the stage director Benjamin Lazar, he creates many shapes of lyrical shows and musical theatre.
He is invited by the Atelier lyrique de l’Opéra de Paris in order to conduct lyrical works (Orphée et Eurydice and Iphigénie en Tauride by Gluck, L’Orfeo by Monteverdi), and also by ensembles like the Capella Amsterdam, the Sao Paulo Symphony Orchestra Choir or the orchestra Les Siècles entrusted by François-Xavier Roth (Israel in Egypt by Handel)…
Geoffroy Jourdain commissioned and created works by Beat Furrer, Mauro Lanza, Marco Stroppa, Francesco Filidei, Oscar Strasnoy (including the opera Cachafaz), Ivan Fedele, and is also passionate about 17h and 18th centuries repertoire and about ethnomusicology. His curiosity about varied repertoires and the originality of its approach led him to perform at the Opéra Comique, the IRCAM, the Cité de la Musique, the Présence festival of Radio France or at the Venice Biennale, to be invited in residence at the Fondation Royaumont, at the Opéra de Reims, to be a major artist of the Beaune festival and of the Chaise-Dieu festival.
With Olivier Michel, managing director of Les Cris de Paris, he is co-director of La Pop, a barge that performs musical theatre in Paris, since March 2015.
Les Cris de Paris
Founded and imagined by Geoffroy Jourdain, Les Cris de Paris performs mainly the vocal and instrumental repertoire from the beginning of the 16th century to nowadays.
Their artistic approach reflects the richness and diversity of the paths of the artists who participate to their productions. They can be three as well as eighty, with among them composers, arrangers, actors, stage directors, instrumentalists, dancers, ensembles or choirs directors, plastic artists, sound designers, pedagogues…
Curious and passionate, they commit with audacity to rediscovering unknown works or to explore the voice potentiality in the contemporary creation.
Their musical projects may take the shape of concerts, performances, but also stage productions that involve many artistic disciplines (theatre, dance, reading…).
Most of the creations that punctuate the cultural seasons of Les Cris de Paris combine contemporary music with ancient music, modern music with baroque and romantic music…