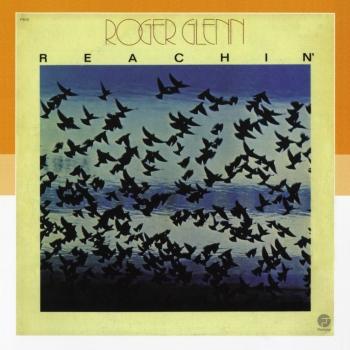 Roger Glenn
"Peace through Music" was the name of the first recording that Roger was on, and that has been his philosophy ever since. This artist has performed worldwide bringing his unique style of playing that is understood by all people. Recognized as one of the master flute and vibraphone players of the world, he has expanded his talents by playing the sax, clairnet, and oboe, and he continues to compose, and perform songs that keep people feeling good and wanting to hear more. In addition to being a solo artist with his own group, he has also performed with such giants of Jazz and Latin music as Dizzy Gillespie, Mongo Santamaria, Herbie Mann, Cal Tjader and Rosemary Clooney, to name just a few.
Whether he is performing a concert in Montreux Switzerland, at the Greek Theater in Berkeley California, or on a recording that you are listening to at home, your insides dance to the great musical energy this artist is able to create.
This New York City born and raised Latin Jazz master got his start listening to his father, Tyree Glenn, play trombone and vibraphone with Cab Calloway, Duke Ellington, and Louis Armstrong. Roger was later able to perform with his father to perfect the skills necessary to create his own sound that makes him a great solo artist.
Now living in the San Francisco Bay Area, Roger spends part of his time performing on the West Coast and the rest of his time concertizing in Europe.
The history of Roger's musical career began in elementary school. He studied privately and played in the school band. Later, he started his own band called the Latin Jazztet. His band won many school competitions, as well as played for school dances and other functions. While in high school, Roger was part of the Jazz Band, Concert and Marching Band, and continued his private instruction of the clarinet, saxophone, flute, and vibes. After high school, Roger continued playing music in college and later joined the Army and played with the Army Band at Fort Dix New Jersey. He was in great company back then playing with Grover Washington, and Billy Cobham who were in the Army Band with him. Roger then was transferred to Hawaii and played with the Army Band of the Pacific.
Roger will be joined at Flute Fest by the pianist/singer/composer, David Miotke (Max's Opera Cafe, Oakland Lyric Opera) and double bassist Michelle Burr (former principal contrabassist with Philharmonia Baroque Orchestra, Oakland Symphony, Berkeley Symphony and American Bach Soloists).