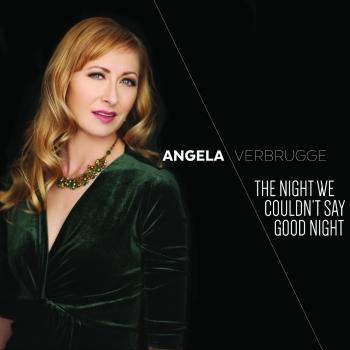 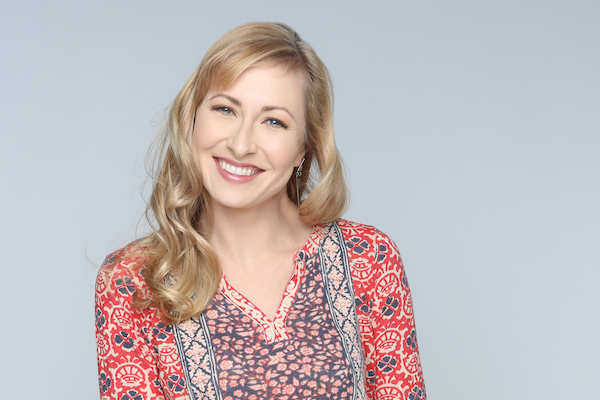 Angela Verbugge
JazzTimes Magazine writes that charismatic Canadian jazz vocalist Angela Verbrugge "possesses a winsome, brightly-burnished, pliable voice, with ample emotional intelligence, and conspicuously good taste” in its glowing review of her debut release. Soon thereafter, Angela went on to win the 2021 JazzTimes Readers' Poll for Best Female Vocalist. She recorded and released her debut album, The Night We Couldn't Say Good Night, in New York City through Gut String Records in 2019. Angela is primarily influenced by the swing era, vintage musicals, and bebop.
Toronto Music Report described, “Verbrugge addresses each song with the breathtakingly, absolutely natural purity of her voice. A rare perfect album.” Canadian Broadcasting National Radio host Laila Biali described, "There's so much joy in delivery,” while Wall Street Journal writer Will Friedwald describes, "a vocal sound that's full of depth and nuance - welcoming the light without denying the darkness” and notes that she works with a “top-drawer arranging crew and cast of expert musicians”. Her recording received critical acclaim from radio/podcast hosts across the globe, with airplay on national Canadian shows such as CBC Saturday Night Jazz and Hot Air, popular jazz programs the U.S. including NPR, as well as in South America, Europe and Asia. Her project charted on both Earshot and JazzWeek. It was selected by Earshot as a top 10 vocal jazz release in its year of release, and held the top of the jazz charts on iTunes in its release week.
As a lyricist, her work has received critical acclaim, and critics have compared her favorably with Annie Ross, Lorraine Feather and Frishberg. “She is a witty songwriter, drawing on Cole Porter, Gilbert and Sullivan, and Johnny Mercer for inspiration and rapid-fire rhymes, occasionally resembling a less vinegary Dave Frishberg.” (JAZZ LIVES)
She has appeared at the Vancouver International Film Festival, several Canadian jazz festivals, and top Canadian jazz clubs such as Frankie’s, Hermann’s, and the Rex. Her trios have included such acclaimed musicians as Cameron Brown (Jazz Messengers), Anthony Pinciotti (Stacey Kent), (multi-Juno recipient) Neil Swainson, (jazz impressario/saxophonist) Cory Weeds, Ray Gallon (Grammy-nominated for his work on Lionel Hampton’s album), (Jazz Pianist of the Year) Bernie Senensky, (Order of Canada recipient) Terry Clarke and (NYC big band leader jazz drummer) Evan Sherman. She is the recipient of multiple grants from Creative BC and Amplify BC to develop her original material.
Angela grew up in a suburb of Kingston, Ontario where she sang in choirs, played trombone in competitive bands, and studied classical piano to a high-level. Her family had numerous 1930s-1950s song books and she enjoyed sitting at the piano playing and singing many jazz standards without having ever heard a recording of them, or knowing where to connect with musicians playing this music. She started performing in comedy improv, touring productions for youth, and various musicals, learning the compositions of Cole Porter, Gilbert and Sullivan and Harold Arlen. Angela entered Toronto’s George Brown School of Performing Arts at the tender age of 17 and became the youngest graduate in the history of the well-respected acting program. She performed in plays and short films in Toronto before relocating to Vancouver in 1997 to take advantage of the Hollywood North filming happening there. Shortly after moving, she broke both legs and fractured her back in a head-on collision. Her father had been a computer professor, so after taking a few courses at the local university, she left acting to secure jobs in marketing and business development with the burgeoning dotcom sector in e-learning and Internet privacy in 1999. In 2004-07, Angela left business when she had young children and pursued a permaculture designation, food-scaped her entire property, and did environmental community advocacy. Through routine screening, she was diagnosed with serious cancer that had already started to spread in 2009. As she undertook treatments and made a full recovery. Taking into account her multiple near-death experiences, Angela felt compelled to finally follow her passion to sing the songs she played alone as a child and write her own with these as inspiration. She curated her own musical education through shelves of books, and pursued mentorship from renowned Vancouver musicians, eventually learning on the bandstand. Angela sought out lessons and instruction online and from acclaimed vocalists and musicians around the world including Karrin Allyson, Sheila Jordan, Rebecca Kilgore, Sara Gazarek and technique under teachers such as Lisa Popeil, Cecile LaRochelle and Judith Rabinovitch. She relocated to Victoria, BC, on Vancouver Island in 2019.
George Harris at Jazz Weekly sums it up, describing, Angela as "fun and quirky, hip and a hoot, wispy and romantic; she slithers and oozes, and cleverly swings... in the Archie Comics of life, this lady is a bubbly Betty.”