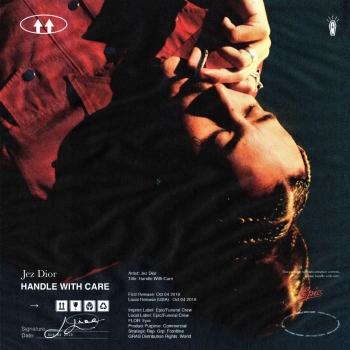 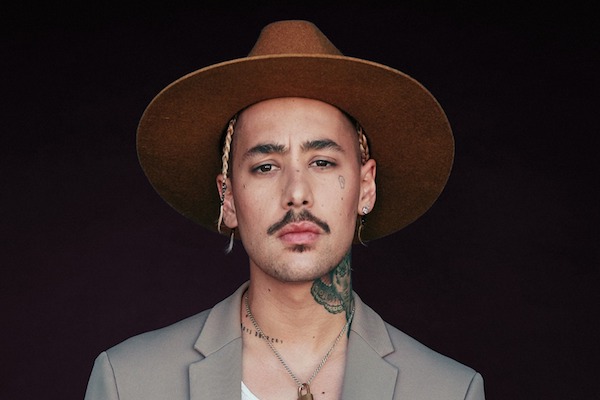 Jez Dior
No matter what sort of obstacles he’s faced in life, Jez Dior has music to help process what he’s going through. Over the past few years, the Los Angeles-based artist has developed his unique sound—a blend of Hip-Hop lyricism mixed with a strong pop sensibility and rock edge—in an attempt to channel his frustrations with the world into a creative outlet and sort through the issues he’s faced, spanning his battles with substance abuse, relationships and deeply personal family matters that have been the catalyst for his widely acclaimed compositions.
“Music for me, and for so many people, is about healing,” explains the 26-year-old. “Music has always been what I do when I'm upset. I either go and make music or I listen to music. Music helped my dad through all the shit that he's been through. My mom has always listened to music and been emotionally attached to it, hence the reason why she probably married my dad and why I'm the way I am.”
Since recording his 2012 debut single “Candles,” which went straight to No. 1 on Hype Machine upon release, Dior has meticulously crafted several projects, including Scarlett Sage, The Funeral, 2016’s Youthanasia, and a slew of singles that have slotted him among hip-hop and pop’s most promising ones-to-watch. His upcoming Epic Records debut studio album steps beyond the darkness of prior records and brings his message into a more personal, honest and raw light, along with a stronger approach to melody that showcases Dior’s powerful, soulful singing voice for the first time. “It has always been important for me to be honest with everyone that listens to my music,” he says. “If it just helps one person get through and they have a similar situation in their life, that for me is enough.”
The first three songs taken from the album, “Cocaine,” “Kiss You Good” and “Come and Go (Featuring ROME)” showcase all of this. “These are some of the most personal songs I have ever released,” says Dior. “’Cocaine’ and ‘Kiss You Good’ are both about a previous relationship that has taught me so much about myself. ‘Come and Go’ is about my long and ongoing tumultuous relationship with my father.” Dior says that writing these songs and this album has helped him grow up and work through these issues, while also growing musically. “Sonically, this is a new chapter in my career that I’m super excited about. It signifies a new beginning as both a person and an artist. It feels really good to be showing another side of my musicality, especially by releasing ‘Cocaine,’ my first ever non-rapped single.”
His path to music should have been clear from the start, though Dior has never had it easy. He was raised in Thousand Oaks, California, son of famed British guitarist/songwriter Steve Dior known for working with members of New York Dolls and Sex Pistols. Music wasn’t the focus when Jez was growing up. He was more interested in playing soccer until the age of 13, when a cousin introduced him to Eminem’s The Eminem Show that spurred an interest in hip-hop. Beyond growing up listening to bands such as Nirvana and The Doors, he began experimenting with writing lyrics that echoed that of 50 Cent and G-Unit, joining groups in high school, setting the stage for him to eventually find his voice as a solo artist.
Dior’s late teen years and early twenties were met with reckless abandon: he was heavily drinking, taking prescription medications and even crashed his mother’s car. Therapy was one method to cope with problems, but music became a primary form of expression at the age of 20. With that, things began to take hold. Dior set to work on 2013’s Scarlett Sage, a unique blend of sounds that spawned the fan favorite “Love Me to Death” (2,600,000 Spotify Streams) and followed it with 2014’s The Funeral EP—“a dark project,” he recalls, “that was the biggest outlet I’ve ever had really, just emotionally.” The project’s cuts took off, including “Old No. 7” featuring G-Eazy that accrued more than 10 million listens across various streaming platforms. Dior’s work has since amassed over 68,700,000 streams and counting.
Now, a couple years later, Dior finds himself in a better space. In addition to his strong touring record—he opened for Chance the Rapper and B.o.B, and has shared the stage with the likes of Kanye West, J. Cole, G-Eazy and more at festivals—he runs his Funeral Crew imprint whose first signee is Toronto-based artist 12AM, and after releasing a slew of singles in 2017, including “Sober,” he has lofty ambitions for his Epic debut, which he hopes will put both himself and his fans on a better journey. “I want people to be able to have sex to this shit,” he says. “I want people to be able to party to this shit. I want people to cry to this. I want people to feel every emotion when they listen to this. I'm being very specific in my song choices that will make the album, because I want to hit every feeling and emotion and aspect of life on this album. I want them to walk away and be like, ‘Wow, I really feel like I know that guy. I really feel like I know this person. I know what he's been through.’”
After working through the darkness and experiencing the ups and downs of life, along with further developing his unique mix of genres, a new chapter is on the horizon for the budding star. “I look at this project as my first real album, the first 26 years of my life. This is my opportunity to really tell my full story,” explains Dior. “So, I’ll be going over things that I have rapped and sang about before, but just really in-depth. I feel ready to tell my story.”