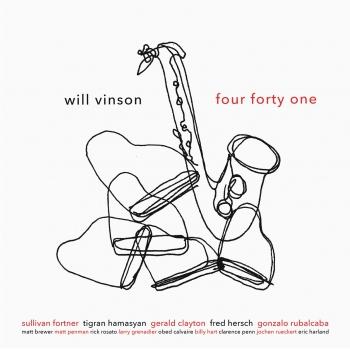 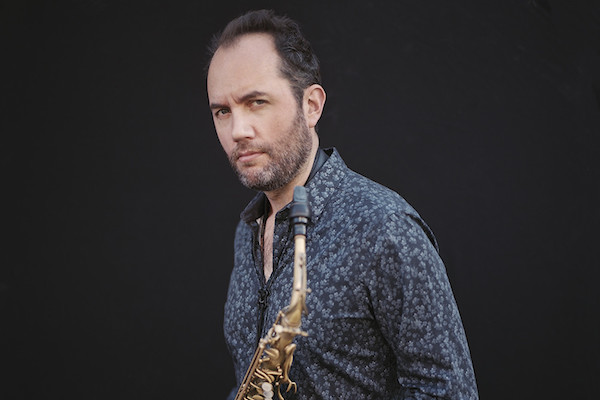 Will Vinson
Originally from London, Alto Saxophonist/Composer Will Vinson moved to New York City in 1999 and has remained there ever since. Since his arrival, he has appeared and/or recorded with Gonzalo Rubalcaba, Kurt Rosenwinkel, Ari Hoenig, Marcus Gilmore, Chris Potter, Kurt Elling, Lage Lund, Aaron Parks, and many others. ​
Will is a member of a number of leading ensembles, including pianist Gonzalo Rubalcaba’s Quartet (he appears on Charlie and the Grammy-nominated Caminos), Ari Hoenig’s Punk Bop and Nonet (Will appears on Inversations, Bert’s Playground and Live at Smalls), Miguel Zenon’s Identities Orchestra (Grammy-nominated for Identities are Changeable), and his own groups featuring, among others, Lage Lund, Jeff Ballard, Aaron Parks, Kurt Rosenwinkel, Shai Maestro and Mike Moreno.
In 2012, along with bassist Orlando le Fleming and guitarist Lage Lund, he formed the critically acclaimed OWL Trio, whose eponymous debut in 2013 was hailed by critics and listeners alike. Downbeat declared: “Everything about this album,which should contend for debut of the year honors,is a resounding success. The music swings effortlessly, every utterence is gorgeous and the recording is intimate and beautiful", while All About Jazz noted that "the chemistry, sensitivity and simpatico sensibilities exhibited by these three young men are evident at every turn....OWL Trio is one of those records that finds power in quiet expression, not raised volume or aggression. Lund, Vinson and le Fleming make for an absorbing combination"
Will has an international reputation as a leader and sideman. All About Jazz New York describes Will as playing “with a relentless force”. Thomas Michelsen of Denmark’s Politiken, hails this “very exciting saxophonist” with a “beautiful, softly modulating tone”, and John Fordham of The Guardian described a "superb solo of rugged leathery sounds turning into mellifluous high notes” with “secure control and storming energy". Time Out London calls will an "exciting young altoist with a lethal approach to writing and soloing”.
Will has released 6 CD’s as a leader/composer. It’s For You (Sirocco Jazz, 2004) was described as “combining a thoughtful originality of conception with energy and fluidity of execution in very satisfying proportions” (Jazzwise magazine)
Will’s second CD, Promises (NineteenEight Records), was described as “impressive” and “coolly restrained” by Nate Chinen of the New York Times. ​
2010 saw the release of two CD's: The World (Through My Shoes), a live recording was described as "marvelous" by Downbeat and "exhilarating, cascading... outstanding" by Jazz Times. Stockholm Syndrome (Criss Cross) came out in September 2010. 2013 saw the release of Live at Smalls, one of the most successful albums on the Smalls Live label. 2016 saw the release of Will’s debut recording for 5Passion, Perfectly Out of Place, featuring an all-star group: Mike Moreno on guitar, Gonzalo Rubalcaba on piano, Matt Penman on bass and Jeff Ballard on drums. The reviews have been ecstatic. All About Jazz calls it "a marvel of compositional design, textural beauty, and musicality"; Downbeat lauds the "incredibly original" compositions that "challenge the notion of how jazz is defined in this era", Jazzwise describes it as "heart-stopping", and Sterophile Magazine declares Will "one of the best alto saxophonists in Jazz". ​
Will has appeared with his own group and as a sideman in the USA, Canada, the UK, France, Germany, Norway, Sweden, Denmark, Italy, Spain, Ireland, Portugal, The Netherlands, Belgium, Austria, Switzerland, Australia and Japan. His musical experience has not been limited to Jazz. Will is a member of Rufus Wainwright’s band, which toured for 10 months in 2007/8. He has also performed, arranged and/ or recorded with Sufjan Stevens, Sean Lennon, Martha Wainwright, Beth Orton and Harper Simon. ​
Will's saxophone playing is executed with incredible power and dramatic sensitivity, and is characterized by his imposing sound and technique; influenced by saxophonists from Cannonball to Chris Potter, he nevertheless brings his own unique approach to every performance. Will's writing, and the playing of his colleagues, combines a great respect for the century-long jazz tradition with explorations into the rhythmic, harmonic and melodic realms of contemporary forms.