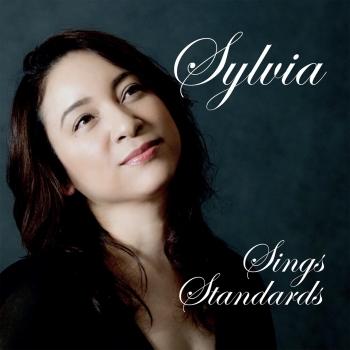 Sylvia
Half born and raised in Japan. Spend a childhood swaying between America and Japan. After being familiar with music regardless of genre due to the influence of parents, he fell in love with jazz vocals. Live activity started in February 2015. Currently, he has appeared in a long-established store SONE based in Kobe. It has a good reputation as a singer who spreads his activities to Osaka and Kansai area. "20th Kobe Shinkaichi Jazz Vocal Queen Contest Finalist" "7th Okazaki Jazz Vocal Contest Finalist" [Participating Musicians] Bass: Nobumasa Uotani (Mr. Nobumasa Uota), studied under Mitsuru Nishiyama at the age of 20, 1988 Started professional activities. One of the essential bassists in the Kansai music scene. The main arranger for this album. Piano: Satoru Ajimine (Satori Ajimine) In 2005, won the 42nd Naniwa Arts Festival (former Shoji Nakayama Jazz Award) Jazz category. A pianist with a beautiful arrangement and melodious performance. Drams: Von Baron Born in Kansas City, USA. He is a well-established drummer who has played internationally with various musicians such as Benny Golson and Stanley Jordan.