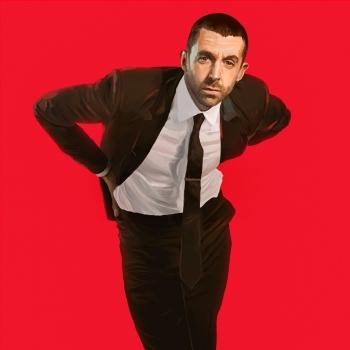 Miles Kane
Marked by his resonant croon and charismatic stage swagger, Britain's Miles Kane is a solo performer and collaborator known for his vintage '60s- and '70s-inspired rock sound. Kane initially emerged as lead singer of the short-lived outfit the Rascals before coming to wider recognition as one-half of the Baroque pop duo the Last Shadow Puppets alongside Arctic Monkeys frontman Alex Turner. The duo's 2008 debut, The Age of Understatement, earned them acclaim, including a Mercury Prize nomination. As with that project, Kane's solo albums, like 2011's Colour of the Trap, 2013's Don't Forget Who You Are, and 2018's Coup de Grace (all of which hit the top 20 in England), reveal his longstanding love of artist's like T. Rex's Marc Bolan, David Bowie, and Paul Weller, albeit with his own literate eye for the details of modern life. It's vibrantly timeless sound he further explored on 2022's Change the Show.
Born in 1986 in Merseyside, Kane was an 18-year-old guitarist when he formed his first band Little Flames with childhood friends vocalist Eva Petersen, guitarist Mat Gregory, bassist Joe Edwards, and drummer Greg Mighall. However, after Petersen and Gregory left the band due to creative differences, Kane and the remaining members formed the Rascals with Kane taking on vocal duties. The band's 2007 debut EP drew praise from the NME, and the band came to wider attention after joining Arctic Monkeys on tour. Having struck up a friendship, Kane and Turner formed the Last Shadow Puppets, and collaborated on their debut, 2008's The Age of Understatement. Buoyed by the Top Ten title track single, the album hit number one in Britain, and received a Mercury Music Prize nomination. Kane returned to the Rascals long enough to record the band's full-length, 2008's Rascalize, but left the band the following year.
In 2011, he delivered his full-length solo debut, Colour of the Trap, which featured production from Dan Carey, Dan the Automator, Super Furry Animals' Gruff Rhys, and others. Included on the album was the single "Inhaler." It debuted at number 11 in the U.K. and achieved gold status. His sophomore album, the Ian Broudie-produced Don't Forget Who You Are, followed two years later. It debuted at number eight on the U.K. charts and included songwriting contributions from Paul Weller and XTC's Andy Partridge.
Kane reunited with Turner for the Last Shadow Puppets' second album, 2015's Everything You've Come to Expect, which included the single "Bad Habits." As with their debut, it also featured orchestral arrangements from Owen Pallett. The album reached number one in Britain, and entered the Top 80 of the Billboard 200. Following a tour with Turner, Kane resumed work on his solo material. He returned in 2018 with his third album, the John Congleton-produced Coup de Grace, which featured songwriting collaborations with Jamie T., Lana Del Rey, and Mini Mansions. Buoyed by the single "Loaded," the album was his second to hit the top 10 in England. In 2022, he released his fourth solo album, Change the Show, which featured a collaboration with Corinne Bailey Rae. (Matt Collar, AMG)