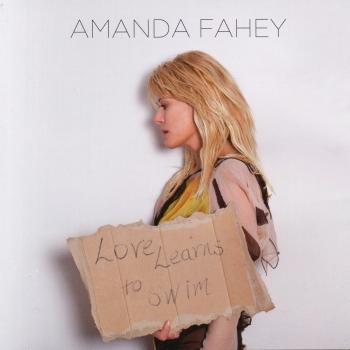 Amanda Fahey
Born into a musical background, her father was a Big Band composer and arranger, her mother was a singer and dancer, her grandfather was a cello player.
"I grew up surrounded by music, and my record collection by the age of ten was an eclectic mixture of artists, Stevie Wonder, Michael Jackson, Bob Marley, James Brown, but also Peggy Lee, Ella Fitzgerald, Judy Garland, Frank Sinatra, Harry Connick Jr...
I was a student of classical ballet and loved classical composers attached to the dance world like Tchaikovsky, Rachmaninoff and Prokofiev.
I wanted to be trendy and listen to the records my friends were buying, but I had my own secret world, of listening to music that moved me.
As a dancer I was very influenced by the golden age of Hollywood, and to this day I still devour the films I watched growing up, my icons were Gene Kelly, Fred Astaire, Cyd Charisse.
I remember having a bit of an epiphany when I saw a concert with Yehudi Menuhin, the classical violinist and Stéphane Grapelli, the jazz violinist, playing together. I went and spent my pocket money on a Stéphane Grapelli record. My passion for jazz has never ended!"
Amanda moved to Paris after an audition to dance in a cabaret. The big band leader Steve Johnson, gave her a job singing with the New York/Paris big band and the rest, as they say, is history.
After several different jazz and blues projects where she developed her talent as a singer and harmonica player, she recorded the CD Dreaming, a mix of standards and original compositions. She was then signed by Universal records for a techno dance project, with the group Equalik. Stage performances with several european stars (Pascal Obispo, Andreas Boccelli) followed.
Amanda is also an experienced actress and after various stage shows, a role was written for her to star in the award winning musical Jusqu'aux Dents. Through this experience she met with a new group of French musicians and was asked to join the Jazz Sextet Sweet System. With this group Amanda has performed in many prestigious jazz festivals in France, Belgium, Morrocco and Brazil. With Rémi Toulon, the Sweet System pianist, Amanda formed a duo, which rapidly became a quartet. In addition to Rémi, her co-writer and arranger (check out his Myspace page!), she is thrilled to have been joined by Jean-Luc Arramy on bass and Vincent Frade on drums. Fed by her experience in Brazil, the result is the 2011 CD Love Learns To Swim, her first solo jazz album including new original compositions, and a healthy dose of swing and latin favourites.
"I feel very blessed to have the opportunity to sing and grow, surrounded by wonderful jazz musicians here in Paris. I'm frustrated not to have nine lives like a cat, there is so much I still want to say with my music, and so many great projects happening out there. I'm thankful that young new innovative jazz musicians are breaking ground every day. Music is a wonderful addiction and I'm happy to be that kind of junkee!"
Q: What did you want to say with this album ?...
..."This album is simply a postcard of my life right now and music is my way of communicating. I hope that people listening to this album will appreciate the sincerity of the melodies and the words. We are all touched by truth and beauty at some point - it might be a rainy day, a love affair, a memory, an image you see from a train, a Latin rhythm that fills you with sun and hope on a cloudy day, or just a mood when you want to make light and laugh at yourself. I hope that my songs touch someone, somewhere, sometime and that they can connect and think "Yes! That's exactly how I feel".
"...Clearly a voice with depth, intense and poetic, a discovery ...Amanda Fahey..". FIP radio, France.
"...Amanda Fahey, a voice into which one reads like an open book...and who can also swing, as you'll discover on the other tracks of the album " Love Learns to Swim"" ...François Lacharme, Radio presenter & President of the French Jazz Academy.