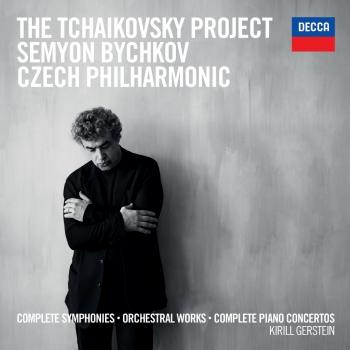 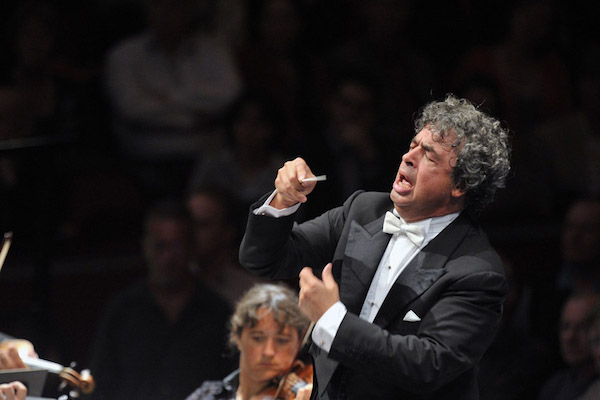 Semyon Bychkov
Born in Leningrad (St. Petersburg) in 1952, Semyon Bychkov was 20 when he won the Rachmaninov Conducting Competition. Two years later, having been denied his prize of conducting the Leningrad Philharmonic Orchestra, he left the former Soviet Union where, from the age of five, he had been singled out for an extraordinarily privileged education in music. First studying piano, Bychkov was then selected to study at the Glinka Choir School and received his first conducting lesson aged 13. Four years later he enrolled at the Leningrad Conservatory where he studied conducting with the legendary Ilya Musin.
By the time Bychkov returned to St Petersburg in 1989 as the Philharmonic’s Principal Guest Conductor, he had enjoyed success in the US as Music Director of the Grand Rapids Symphony Orchestra and the Buffalo Philharmonic. His international career, which had begun in France where he made his debuts with the Opéra de Lyon and at the Aix-en-Provence Festival, had taken off when a series of high-profile cancellations resulted in invitations to conduct the New York Philharmonic, Berlin Philharmonic and Royal Concertgebouw Orchestras. In 1989, he was named Music Director of the Orchestre de Paris; in 1997, Chief Conductor of the WDR Symphony Orchestra Cologne; and, the following year, Chief Conductor of the Dresden Semperoper.
Semyon Bychkov’s approach to music making combines innate musicality with the rigours of Russian pedagogy. With his time carefully balanced between the concert hall and the opera house, Bychkov conducts repertoire that spans four centuries.
In the opera house, Bychkov is recognised for his interpretation of Strauss, Wagner and Verdi. Nonetheless, while Principal Guest Conductor of Maggio Musicale Fiorentino, his productions of Janáček’s Jenufa, Schubert’s Fierrabras, Puccini’s La bohème, Shostakovich’s Lady Macbeth of Mtsensk and Mussorgsky’s Boris Godunov were awarded the prestigious Premio Abbiati. Most recently, Semyon Bychkov conducted Tchaikovsky’s Eugene Onegin at the Royal Opera House – his recording of the work was chosen by Opera Magazine as one of the 30 ‘all-time great recordings’; and Wagner’s Parsifal at Madrid’s Teatro Real. He will open the 2016-17 season at Covent Garden with a new production of Mozart’s Così fan tutte, and in spring 2017, will conduct Parsifal at the Wiener Staatsoper.
Bychkov began the 2015-16 season on tour with the Vienna Philharmonic, including concerts at the BBC Proms, Lucerne Festival and the Enescu Festival in Bucharest, and later in the year, conducted the Orchestra’s annual Schönbrunn concert to an audience of over 100,000. The concert was broadcast live across the world and released by Sony Classical on both CD and DVD. In the US, he conducted the Chicago Symphony, Cincinnati Symphony, New York Philharmonic, and Los Angeles Philharmonic; while in Europe, he returned for engagements with the Munich Philharmonic, the Berlin Philharmonic, BBC Symphony Orchestra, and the Orchestra dell’Accademia Nazionale di Santa Cecilia, as well as beginning a long-term Tchaikovsky project with the Czech Philharmonic and touring with the Royal Concertgebouw Orchestra.
Bychkov’s recording career began in 1986 when he signed with Philips and began a significant collaboration which produced an extensive discography with the Berlin Philharmonic, Bavarian Radio, Royal Concertgebouw, Philharmonia, London Philharmonic and Orchestre de Paris. These were later followed by a series of benchmark recordings, the result of his 13-year collaboration (1997-2010) with WDR Symphony Orchestra Cologne. The repertoire includes a complete cycle of Brahms Symphonies, and works by Strauss (Elektra, Daphne, Ein Heldenleben, Metamorphosen, Alpensinfonie, Till Eulenspiegel), Mahler (Symphony No. 3, Das Lied von der Erde), Shostakovich (Symphony Nos. 4, 7, 8, 10, 11), Rachmaninov, Verdi (Requiem), Detlev Glanert and York Höller. His recording of Lohengrin was voted BBC Music Magazine’s Record of the Year in 2010. In October 2016, Decca will release the first CD of the Tchaikovsky Project, a long-term collaboration with the Czech Philharmonic which will encompass all of Tchaikovsky’s symphonies, featuring Symphony No. 6 Pathétique coupled with Romeo & Juliet Fantasy-Overture.
Semyon Bychkov currently holds the Klemperer Chair of Conducting at the Royal Academy of Music, and the Gunther Wand Chair with the BBC Symphony Orchestra with whom he appears annually at the BBC Proms. The International Opera Awards named Semyon Bychkov 2015’s Conductor of the Year.