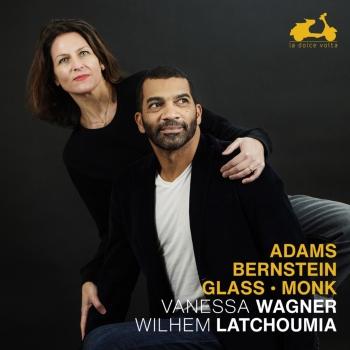 This is America! (Bonus Track Version) 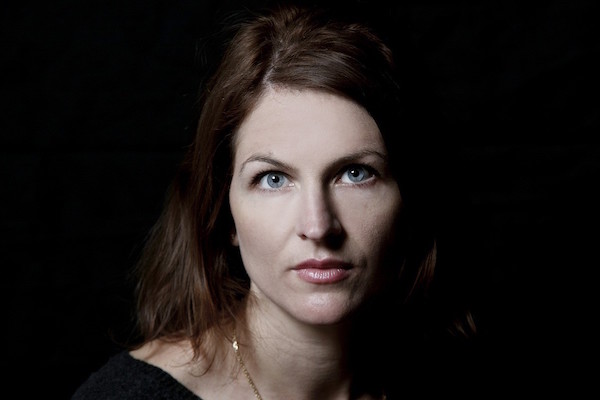 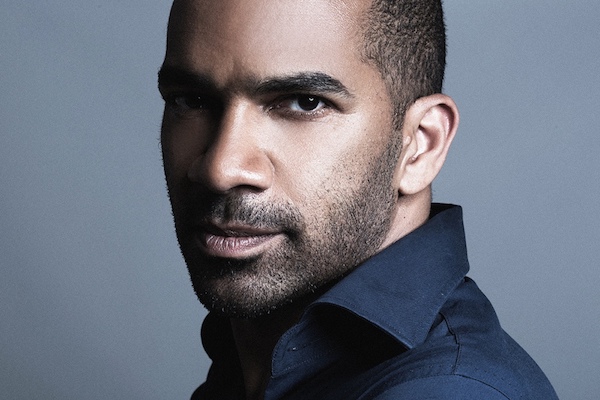 Vanessa Wagner
Described by the newspaper Le Monde as 'a pianist most deliciously singular of her generation,' Vanessa Wagner followed her career that mirrors her personality, original and engaged, combining classical repertoire, contemporary creations, ancient instrumental techniques, chamber music, with her points of reference from videos, electronic music, dance and theatre.
Known for her musical flair, the intensity and the rich touch with which she plays, her thoughtful interpretations of a vast and continuously renewed repertoire, are the reflection of her awareness.
She carefully chooses each and every one of her projects, ranging from the release of records to the stage, with an overt willingness towards eclecticism and the rigors associated with her art.
In the past few years, Vanessa had initiated or participated in multiple creations and collaborated with choreographers, actors, or musicians from varied backgrounds.
In 2016, she recorded the album « Statea » (4F Télérama) for InFiné in collaboration with the producer Murcof, which combines electronics around the minimalist piano pieces from Philip Glass to John Cage, and continues to be performed by the duo in various venues around the world. More recently she released an album « Mozart, Clementi » (La Dolce Volta, 2017) which united her use of the piano-forte and modern piano. Gaining the adoration of the music press from Telerama to Le Monde as she managed to amass composers from various backgrounds such as Rameau, Haydn, Schumann, Schubert, Brahms, Debussy, Ravel, and Dusapin.
At the end of 2018 Vanessa released a new opus mixing Liszt’s meditative 'Harmonies Poétiques et Religieuses’ with the echos of Arvo Pärt’s mystic works.
Vanessa is consistently invited to play alongside multiple orchestras hosted by reputed conductors such as Charles Dutoit, François-Xavier Roth, Jean-Claude Casadesus, and Theodor Guschlbauer. She performs regularly on stages such as la Philharmonie de Paris, le Grand Auditorium de Radio France, le Théâtre de Bouffes du Nord, le Théâtre des Champs Elysées, la Seine Musicale, les Grands Auditoriums de Bordeaux, Lyon, Lille, le Grand Théâtre d’Aix en Provence, le Corum de Montpellier, l’Arsenal de Metz, le TAP, le Palais des Beaux-Arts de Bruxelles, The Oriental Art Centre in Shanghai, The Symphony Hall of Osaka, Cidade Das Artes in Rio, Academy Santa Cecilia di Rome. Vanessa Wagner has also played numerous festivals such as La Roque d’Anthéron, The Piano Festival (Lille,FR), and often shares the stage with musician friends such as the violonist Augustin Dumay, with whom she has been playing for over a decade. Vanessa is also the artistic director of Chambord Festival since 2010, and has been nominated as Chevalier de l’Ordre des Arts and Lettres.
Her next recorded LP is devoted to the minimalist movement and has some rare pieces from a a particularly loved repertoire set to be released on InFiné in April 2019.
Wilhem Latchoumia
is a highly unusual kind of pianist, equally successful and charismatic in contemporary music and the mainstream repertory. The French musician is known for his skill in devising programmes that venture well off the beaten track and his ability to create an immediate and joyful rapport with audiences.
He pursues a brilliant career as a recitalist, concert soloist and chamber musician in France and on the international scene, where he appears in the most prestigious venues. He works with the leading French orchestras and with other international formations of the front rank. His taste for contemporary music has earned him the favour of such composers as Pierre Boulez, Gilbert Amy, Gérard Pesson, Philippe Hersant, Michael Jarrell, Jonathan Harvey, Pierre Jodlowski and Francesco Filidei.
Born in Lyon in 1974, Wilhem Latchoumia studied in the class of Eric Heidsieck and Géry Moutier at the Conservatoire National de Musique et de Danse of his native city, where he obtained his Premier Prix with congratulations by unanimous decision of the jury. He completed his training with Géry Moutier in the postgraduate class in Lyon, then became a student of Claude Helffer and attended masterclasses by Yvonne Loriod-Messiaen and Pierre-Laurent Aimard. He also holds a bachelor’s degree in musicology. Having received awards from the Hewlett-Packard Foundation (‘Musicians of Tomorrow’, 2004) and at the twelfth Montsalvatge International Contemporary Music Competition (Girona, Spain), he achieved dazzling success at the Orléans International Piano Competition in 2006, where he won the Premier Prix Mention Spéciale Blanche Selva and five other prizes.