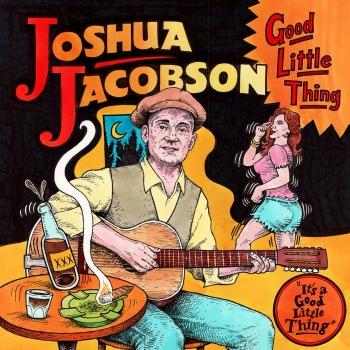 Joshua Jacobson
The 1920s brought forth a parade of amazing musical talent to Atlanta’s thriving African American community. Decatur Street and surrounding neighborhoods churned with activity around the clock as people migrated from the agricultural counties seeking jobs and a better life. The Decatur 81 theatre surrounded by a popular pool hall and barber shop served as a showcase for touring acts as well as street corner musicians who would later become legendary figures in blues history. One of the greatest of these young bluesmen Curley Weaver from the town of Covington is credited as the king of the Newton County blues style.
Weaver’s daughter Cora Mae Bryant, a legendary blues singer in her own right would grow up through the 1930s in the shadows of her father and other legendary bluesmen. amassing a lifetime of songs, stories and wisdom while acting as an historian and musical mentor for generations of blues musicians. While Cora Mae did work with many great musical partners the crown jewel of her protégés would be a young man named Joshua Jacobson raised in Newton County only a few miles from the hallowed ground that produced so many legendary musicians.
Joshua’s uncanny gift for reproducing the sound Cora Mae remembered as a child energized the duo and with him firmly planted by her side she released their first award winning CD titled “Born with the Blues” under the Music Maker label. This was eclipsed only by their follow up “Born In Newton County” and becoming honorees by the Georgia Music Hall of Fame. They continued to tour national venues, festivals and radio shows, frequently showcasing his own great talents as a songwriter and solo performer, until her retirement in 2006.
Joshua continues to record, perform and carry on this musical legacy to new generations as well as bringing great joy to those who know and love this true American art form. His current recordings include a tasty blend of witty and skillfully crafted original compositions along with haunting renditions of classic blues gospel and hokum music. A mature and seasoned professional musician who has drank from the same cup as the greats. His articulate, soulful and jovial vocals contrast with the deep rich vintage 12 string guitar reminiscent of Blind Willie McTell. A true modern bluesman with an honest and believable delivery. The real deal.