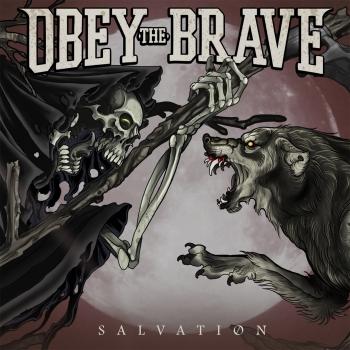 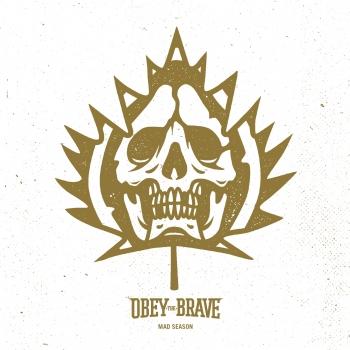 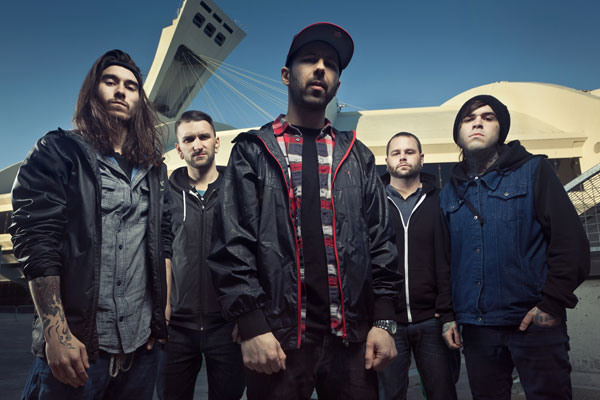 “Not trying to reinvent the wheel – we keep it simple, we keep it real.” Less than a minute into “Lifestyle,” the opening track of Obey The Brave’s debut full-length Young Blood, vocalist Alex Erian delivers these lyrics with the utmost conviction and, in turn, lets listeners know exactly what’s in store over the course of the album’s 11 offerings.
Based in Montreal and Ottawa, Obey The Brave first emerged onto the landscape of aggressive audio at the foot of 2012, combining some ex-members of heralded deathcore outfit Despised Icon and metalcore quintet Blind Witness. “We were all just really hungry to keep making music and get back out on the road,” Erian says of the union. “We all love this game.”
Erian and former Blind Witness axeman John Campbell first started exchanging musical ideas in 2011 after both were free of their previous projects. Says Erian: “We didn’t really know where we were headed, but as we wrote, things became more and more concrete.” With the addition of Greg Wood on guitar, Stevie Morotti on drums, and Campbell’s fellow Blind Witness alumnus Miguel Lepage on bass, the members’ varied backgrounds sprouted a mosaic-like melee of components from various classifications of heavy music. “It came about really naturally,” says Erian of Obey The Brave’s formation and subsequent style. “”We’re all over the place in terms of influences, so we just let this take the shape it wanted to.”
Young Blood, recorded by Ion Dissonance members and OTB friends Antoine Lussier and Yanic Desgroseillers, is one hell of a first impression for fans of heavy music. It’s metalcore that leans more towards the “core” and, like Erian’s aforementioned lyrics make clear, the appeal doesn’t come from anything revolutionary, but rather the ferocity and passion with which these familiar elements are combined and delivered.
Tracks like “Get Real,” which features Terror’s Scott Vogel on guest vocals, pay homage to ‘90s hardcore while peppering in more modern elements like massive metalcore breakdowns and an always-driving beat. “Time For A Change,” while still including hardcore staples like riotous gang vocals and another of the album’s brick-and-mortar breakdowns, showcases some smooth lead lines during its more melodic outro. “Live and Learn,” the album’s first single, is a well-rounded representation of Obey The Brave’s bare bones, progressing from blistering double-kick blasts throughout its opening verse to some tasty breakdowns and another rather musical outro that adds an extra dimension to an otherwise relentless track.
“Everything that came out of me was about rising above what was getting me down,” Erian says about his lyrical approach to the effort, which matches the music in its urgency and intensity while incorporating a more positive perspective. “It’s about staying strong and sticking to your roots – doing whatever you’ve gotta do to make it through the day.” The band plans to tour heavily in support of Young Blood, first within Canada and then extending their reach with runs across the US and Europe. “We’re all really excited to have the opportunity to do this all over again,” Erian says of getting back out on the road. “We’re just staying humble and trying to pay our dues.”
Asked to describe Obey The Brave’s stage show, Erian keeps it brief and blunt: “Pure fucking chaos, man.” He elaborates: “We’re a live band; our music is made for the stage, so what you hear on the record is an accurate take on that. It’s a very raw approach.” And the “raw approach” is one that extends beyond this release to the band members’ overall take on their art. This is straight-ahead, mosh-inducing metalcore – unfeigned, unpretentious, and most of all, unrelenting.