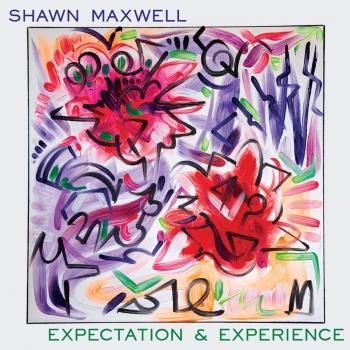 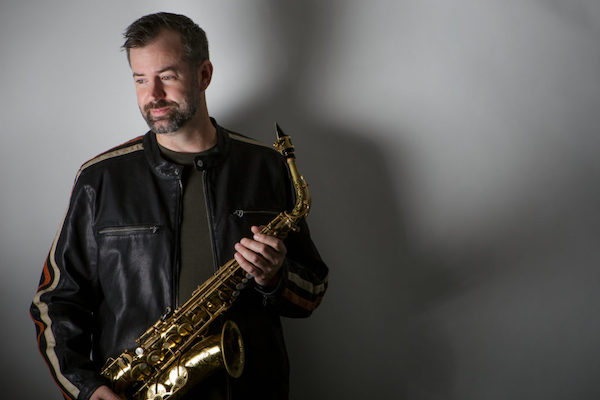 Shawn Maxwell
As a composer, recording artist and performer, saxophonist Shawn Maxwell has endeavored to express his own unique voice. From his latest album Millstream (Jazzline, 2020) to his debut Originals (self-released, 2005), he has released nine albums of original compositions. The traditions of jazz form the foundation for Shawn’s music; he builds on that with material from the music he grew up with – rock, funk, hip hop, R&B, classical. The result, as Hrayr Attarian wrote in Chicago Jazz Magazine, “is refreshingly distinct yet recognizably Maxwellian”. He’s not intent on following any rules – or on breaking them – but on continually expanding what his music encompasses.
“…a composer who’s confident in his artistic vision, and comfortable with the wide array of colors on his instrumental palette.” – Bobby Reed, Downbeat Magazine
For the past three years, Shawn has been touring the U.S. with his quintet Shawn Maxwell’s New Tomorrow. Their first album, Shawn Maxwell’s New Tomorrow (OA2/Origin, 2016), was named one of Downbeat Magazine’s “Best Albums of 2017”. The follow-up, Music in My Mind (OA2/Origin, 2018), was highly praised by critics and enthusiastically received by radio stations. It was chosen as a Downbeat Magazine Editor’s Pick in June 2018.
“…jaunty, angular melodies, deceptive time signatures, and metronomic rhythm arrangements – sound as if inhabited by the ghost of Zappa…” – Neil Tesser
Shawn Maxwell’s Alliance (Chicago Sessions, 2014) was the eponymous album from another of his projects. A ten-piece ensemble including voice, two French horns, two upright basses and vibraphone, they were praised by jazz critics (another Downbeat Editor’s Pick) and named on several “best of the year” lists. So unusual was the music that publications as diverse as Folk and Acoustic Music Exchange picked it up; “Not exactly the sort of band you’re likely to hear in anyone’s notion of the mainstream and thus highly attractive to progressive ears”.
Alliance followed up with an E.P. later that year, Bridge (Chicago Sessions, 2014), which expanded on the sound of the group. “…a brief album full of rich musical ideas, colorful passages, and unique musical constructs.” said Dan Bilawky (AllAboutJazz.com).
“These days, Shawn Maxwell sounds like Shawn Maxwell, and that’s a great thing…” – Paul Abella, Chicago Jazz Magazine
Shawn’s groups also include a quartet, featured on his earliest recordings, Urban Vigilante, Maxwell’s House (Chicago Sessions 2011, 2009), Originals II and Originals (self-released, 2008, 2005).
“an exciting figure on the Chicago jazz landscape” – Michael Barris, Downbeat Magazine
As a Vandoren and Conn-Selmer artist, Shawn is a favorite of students from college age through elementary school, combining his pedagogical skills with a performer’s sensibility in Master Classes and guest appearances.
“This is bold music. Maxwell isn’t afraid to try out new ideas and take chances.” – Frank Alkyer, Downbeat Magazine
Shawn’s style began to form in the school music programs of Joliet, Illinois. A celebrated performer in the Joliet Central High School band program, he went on to earn a B.A. in Music from Millikin University.