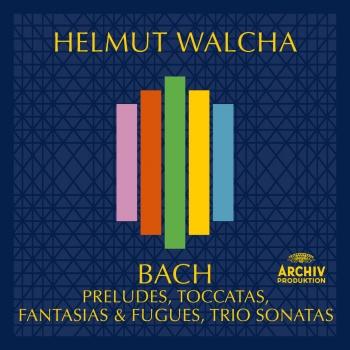 Helmut Walcha
was one of the most influential organists of the twentieth century. A native of Leipzig, Germany, son of a postal worker, he grew up in a musical environment where he heard the cantatas of Johann Sebastian Bach performed weekly at the Thomaskirche, conducted by Thomas Kantor Karl Straube. Walchaʼs musical talent was evident from an early age, and he studied the organ with Günther Ramin, music theory with Sigfrid Karg-Elert, and learned the great organ chorale fantasias of Max Reger, only to turn away from the late-Romantic style midway through his career in order to advocate the music of the baroque era, immersing himself in the organ and harpsichord music of Johann Sebastian Bach. He was one of the first to play all-Bach organ recitals.