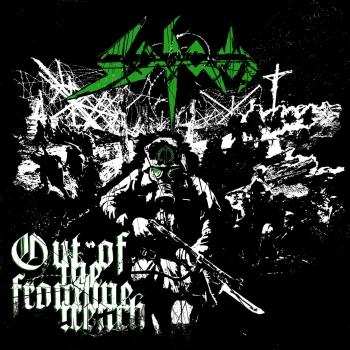 Out of the Frontline Trench 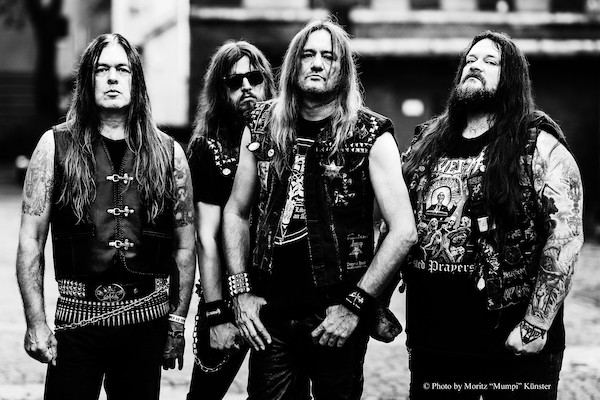 Sodom
is a German thrash metal band formed in 1981. Original line-up were Tom Angelripper, Chris Witchhunter and Aggressor. Receiving inspiration by bands such as Motörhead and Venom, they released two demos which led to a record deal with Steamhammer. Aggressor left the band shortly before releasing the In the Sign of Evil EP, and was replaced by Grave Violator, who did not last long himself. On the debut album Obsessed by Cruelty he was replaced by Destructor. However, after the release Destructor left the band to join Kreator.
Thereafter their break-through album Persecution Mania was released with yet another guitarist, Frank Blackfire. A live album Mortal Way of Live followed. The next album made Sodom famous; Agent Orange was released in 1989. Since then, Sodom is one of the three big names of German Thrash metal; the others are Kreator and Destruction. Again a new guitarist was to be found as Blackfire also left the band to join Kreator. The replacement was found in Michael Hoffman.
In this line-up the Better Off Dead album was released in 1990. During the South American tour however, Hoffman decided to stay in Brazil and therefore was forced to quit. His replacement was found in Andy Brings and a new album was recorded, titled Tapping the Vein, which was more death metal influenced than before. This proved to be the last album with the drummer Witchhunter who quit because of lack of interest in metal music. Atomic Steif found his way behind the drumkit.
This line-up now, recorded the next album, Get What You Deserve. Out were the death metal influence, in came the hardcore influences. At this time Angelripper also started a solo carreer doing metal impressions of drinking songs, German schlagers and even Xmassy Carols. Another live album was recorded of the tour in support of this album called Marooned - Live.
In the same vein as the previous album, Masquerade in Blood was released in 1995. Again another guitarist was to be found. The new axeman was Sthrahli, but he did not stay very long with the band either; he was fired due to drugs problems. Also Atomic Steif left and again Angelripper needed to search for new members. These were found in the person of Bernemann on guitars and Bobby Schottkowski on drums.
The new album 'Til Death Do Us Unite featured a controversial album cover, depicting the belly a pregnant woman and a beer gut of a man pressing a human skull together. Apparently this line-up has stabilised the band significantly as this still the current line-up. In 1999 Code Red was released and formed a return to the sound of the 1980s thrash metal. A limited edition featured a bonus CD containing a tribute to Sodom album called Homage to the Gods. In the same vein, M-16 was released displaying Sodoms interest in the Vietnam War. The title of course refers to the automatic rifle M16). A tour followed with the other two big German thrash metal bands Kreator and Destruction.
In 2003, a double live album was recorded in Bangkok, titled One Night in Bangkok. In 2006 Sodom released their Album "Sodom" and after the release the band played a lot of shows all over the world.
In 2007 comes "The final Sign of Evil". On this record the original Line up with Chris Witchhunter, Grave Violator and Tom Angelripper acting very old school. In Wacken the band played a really special Set at the Wacken Open Air with Old Members like Andy Brings, Atomic Steif, Grave Violator and a lot of more. This show will be a part of the long waited second Part of the Lords of Depravity DVD.
Drummer Legend Chris Witchhunter died at age of 42 in September 2008. We still miss him!