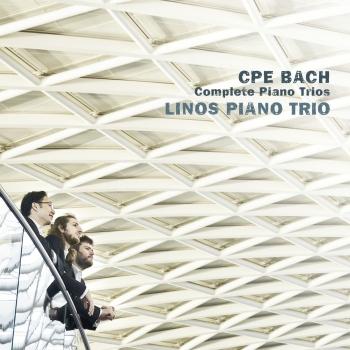 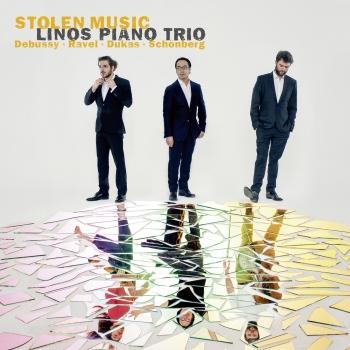 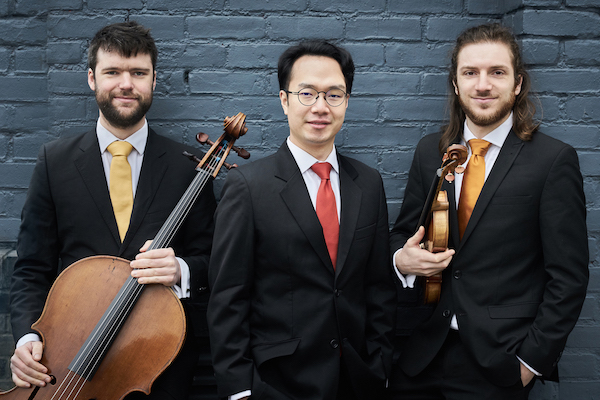 Linos Piano Trio
“Reinventing the repertoire”: it may seem like a tall order, but this is how the Linos Piano Trio describes the philosophy at the heart of its music making. This reinvention comes about in two ways. The first is through the musicians’ interpretations of the core repertoire; they look at each piece as if it were newly composed, setting conventions aside and bringing it to light in a fresh and personal way. The second is by extending the breadth of the repertoire in order to expand the range of works listeners are traditionally presented in piano trio recitals, be that through commissioning new music, their own arrangements of pieces written for different types of ensembles, or through championing unjustly neglected works.
First Prize and Audience Prize winner of the Melbourne International Chamber Music Competition 2015, the Linos Piano Trio is increasingly recognised as one of Europe’s most creative and dynamic trios.
Drawing on the rich and varied cultural and musical backgrounds of its members, which encompass five nationalities, as well as specialisms in historically informed performance and new music, the Linos Piano Trio possesses a colourful and distinctive musical voice. Praised for its “slow-burning, gripping performance” by The Strad, and an “astounding performance” by the Hannoversche Allgemeine Zeitung, the trio’s reputation has taken it to prestigious venues worldwide including the Barbican and Wigmore Halls, Melbourne Recital Centre, Muziekgebouw Eindhoven, Holzhausenschlösschen in Frankfurt, Théâtre Saint-Louis in France, and the György Ligeti Saal in Graz.
Founded in October 2007, the Linos Piano Trio studied at the Guildhall and then at the Musikhochschule Hannover with Oliver Wille and Markus Becker. The ensemble has also received the guidance of Sir András Schiff, Peter Cropper, Ferenc Rados, Rainer Schmidt and Eberhard Feltz. The trio first came to prominence in the Tunnell Trust Showcase for Young Musicians, and in 2014 was awarded the Royal Philharmonic Society’s Albert and Eugenie Frost Prize for an outstanding ensemble.
The Linos Piano Trio recorded the complete Piano Trios by C.P.E. Bach to celebrate the 300th anniversary of his birth, and the CDs will be released by CAvi-music this summer. In 2016 the trio embarked on its current, on-going project, ‘Stolen Music’, a rapturously received series of creative arrangements of orchestral masterpieces such as Wagner’s Prelude to Tristan and Isolde, and Dukas’ Sorcerer’s Apprentice.
The Linos Piano Trio recently made their debut appearance in Italy, and their busy 2019-20 season includes numerous performances across the UK as well as concerts in France and Germany.
Since 2017 they have held the position of ‘Artists-in-Residence’ at Trinity Laban Conservatoire in London.
Linos (Λῖνος) was a celebrated musician in Greek mythology. The son of Apollo, Linos received from his father the three-stringed lute, and became known as the inventor of new melodies, lyric songs, and eloquent speech. As one of the original demi-gods of music, Linos had many pupils, most famously Heracles and his brother Orpheus.